I had my first official Spanish class April 19th. Before I arrived in Buenos Aires, I could say: “no hablo español,” “baño,” “vino,” and, “pollo.” That’s it.

To date, entirely in Spanish, I have:

I’m not trying to brag, especially because some of these activities yielded better results than others, but I’m pretty excited. I won’t say I am “fluent,” but I am definitely “conversational.” I can carry on a conversation for hours as long as the person is speaking slowly and not using slang. Usually I google translate a few words but overall I can get my point across for just about anything.

When it comes to language learning, many Americans have a bad mentality. I had it for 22 years. The mentality goes something like this:

Learning languages is extremely hard. You can’t do it.

My foreign friends have asked me if Americans don’t learn languages because we are entitled. That’s definitely not it. Never have I met an American who believed that English was somehow “better” than knowing another language. Most express desire to learn a new language and give respect to people who can. Yet, Forbes reports only 18% of Americans speak a second language (and I don’t believe this accounts for immigrants). The Atlantic claims less than 1% of Americans speak a language they learned in school. While these articles blame the education system (and I agree), I still see the mentality over and over:

For most of my life, I believed that you either spoke another language or you didn’t. It was binary.

This changed in the winter of 2012. After college I moved to the Czech Republic, got a TEFL certification, and started teaching English. Something “clicked.” My students didn’t speak perfect English. They used words that sort of worked but not completely. They used the present tense when they needed to use the past. They dropped articles. The thing is, I understood them. As their teacher, they paid me to correct them and introduce new vocabulary to them, so I did. But all of my students spoke English. Some more confidently. Some more comfortably. Some with accents. Some without fancy vocab. But they all could communicate.

In most of my French classes, grammar was pounded into my brain. To use the present tense instead of the past tense seemed like blasphemy. To say something like, “I am liking the coffee” instead of “I like the coffee” (or its equivalent awkwardness in French) would be 50 points off. I found it easier to shut up and not try than try and fail.

But that’s not how it works in real life. When my friends in India, Argentina, or wherever else make a mistake, sometimes I don’t even notice unless I’m in “teacher mode.” I’m too busy listening to the conversation. Most of the time, I just make stuff up in Spanish. For example, I didn’t know the word recipe, so I told Damian’s mom that cooking isn’t easy for me so I need to look for “cooking plans” on the internet. She understood me.

I prefer private classes to the 20+ classrooms of college. No grades, no exams, no grammar assignments, no worrying about annoying other students but struggling your way through a sentence. In Chicago, I hired a French woman to sit with me in Starbucks for two hours a week. It had a huge impact. Likewise, while my Arabic teachers in Chicago and Lebanon did a phenomenal job setting a foundation for Arabic vocabulary grammar and vocabulary, my speaking really “took off” when I traveled solo around the Middle East and I chatted in the backs of taxis.

(Pictures of my Arabic class working with Syrian refugees in Beirut. There was an aerobics class and the kids made flags for the world cup)

I got really lucky with my Spanish teachers. It’s the main reason my Spanish is where it is now. My first teacher needed to do more structured activities since I knew NO Spanish. But she set a firm foundation. I did 6 hours/week with her.* By the time I got to Colombia, I could order and do basic tasks. I tried out a few language teachers in Medellin before I eventually contacted a language school* and paid for 10 hours/week.

Oscar taught me grammar, of course, but he also asked me so many questions about life in India, public policy in India, the refugee crisis in Lebanon, and other topics I care about deeply. I basically learned Spanish just to engage in these conversations. 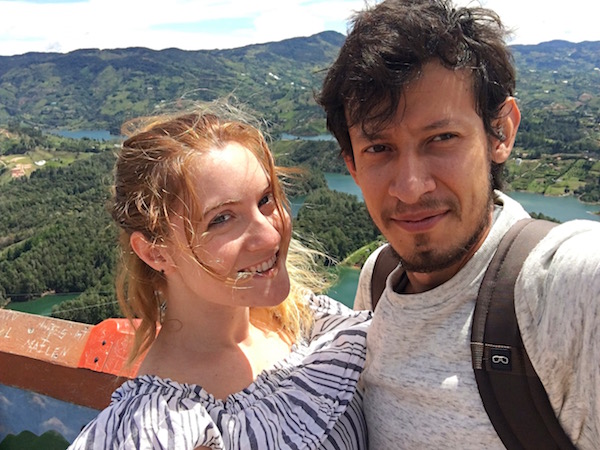 He also took me around Medellin and taught me a lot about Colombia. Walking around, dodging cars, getting distracted by noises and crowds of people and other things is really frustrating but helps you speak and language.

If you want to learn a new language, there are a lot of “free” resources out there to start learning the basic grammar. However, the only way to really improve your language is to speak it all the time. You can find language tutors in your area through Craigslist and Wyzant from $10-$50/hour (I paid $35/hour for French and $20/hour for Arabic in Chicago). There are also great online resources like italki (which I haven’t tried) that offered dozens of languages with native speakers. Check out community colleges also, one near my parents’ house offered a free beginner Arabic class.