Growing up, Thanksgiving was never my favorite holiday. I didn’t dislike it per se, but coming from a small family, it never really felt significantly different than a regular family dinner. Eating a big meal with people I saw regularly simply didn’t live up to the hype of the other holidays.

But moving abroad, holidays have taken on a different meaning. It’s not much of a secret that I struggle a bit with having a “sense of place.” As much as I truly love traveling, I’ve been out of the U.S. for so long that when I go back, it sometimes feels just as foreign as whatever country I am living in. As well as I adapt to my adopted countries, I never really belong.

In short, the better I get at being able to belong everywhere, the more I feel like I don’t really belong anywhere at all.

I’m not complaining. I love my (somewhat hard to pin down) life. But living abroad, American holidays have taken on new meaning to me. I used to think it didn’t really matter if I celebrated them or not. In fact, I’ve “skipped” a number of Thanksgivings, Christmases, and other holidays in the last few years. Every year, I convince myself I don’t care. But every year, I do care. When I do nothing, it feels a bit sad. I don’t have the foreign holidays. I don’t have my own holidays….

So this year, I decided to host Thanksgiving. 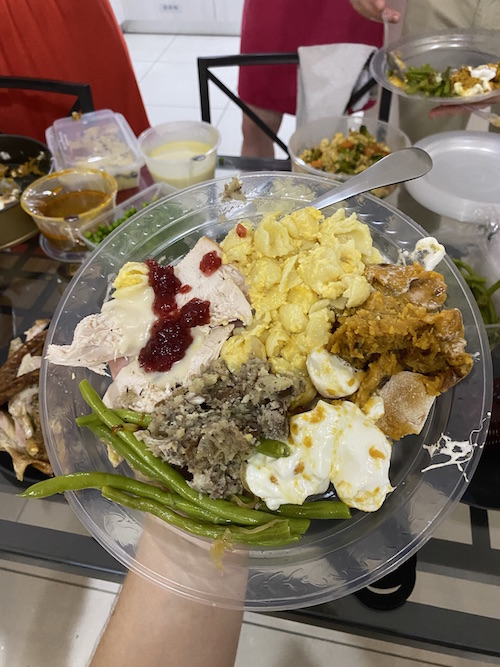 By some miracle, I found a Chinese woman who caters turkeys all year round. With only a few days’ notice, she told me she could have a turkey done for me on Thanksgiving—with stuffing and gravy.

I made sweet potato casserole, mashed potatoes and gravy, mac and cheese, and an apple pie. One of my friends brought over some peas and beans and my friend from Australia volunteered to make a pumpkin pie and a pecan pie. She then surprised me by finding cranberry sauce as well. Someone else made sangria. Others brought brownies, lemon cake, and lots and lots of alcohol. 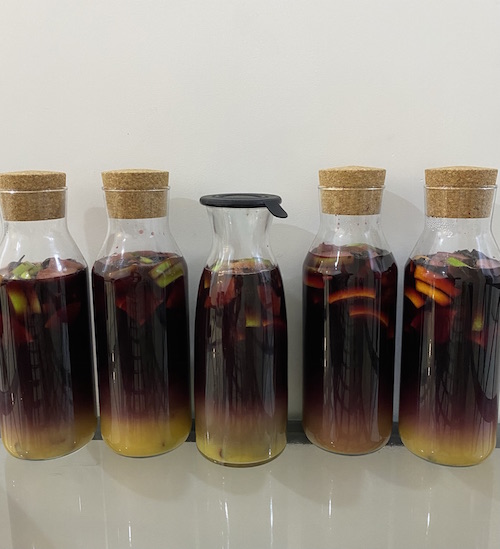 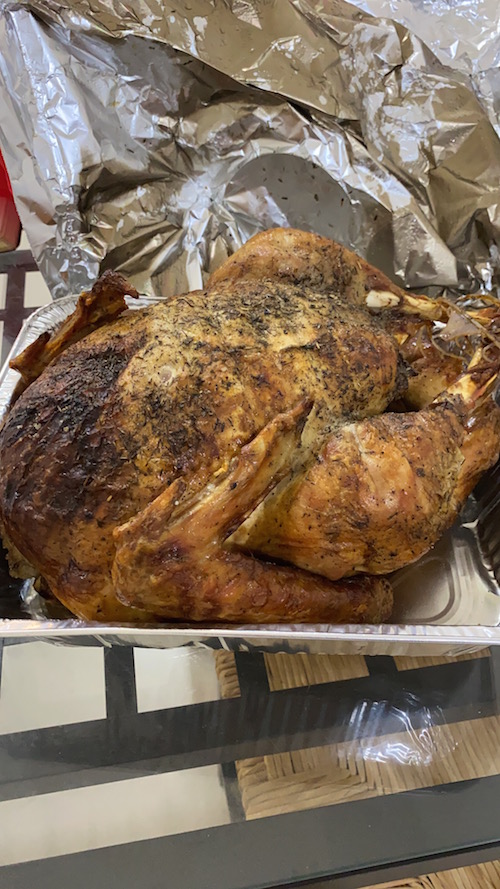 Malaysia is currently in a partial lockdown, so we had to limit the number of guests, but I still managed to have a healthy turnout of people from Malaysia, India, the UK, New Zealand, and Australia.

I was literally the only American. No one else had ever celebrated Thanksgiving before. 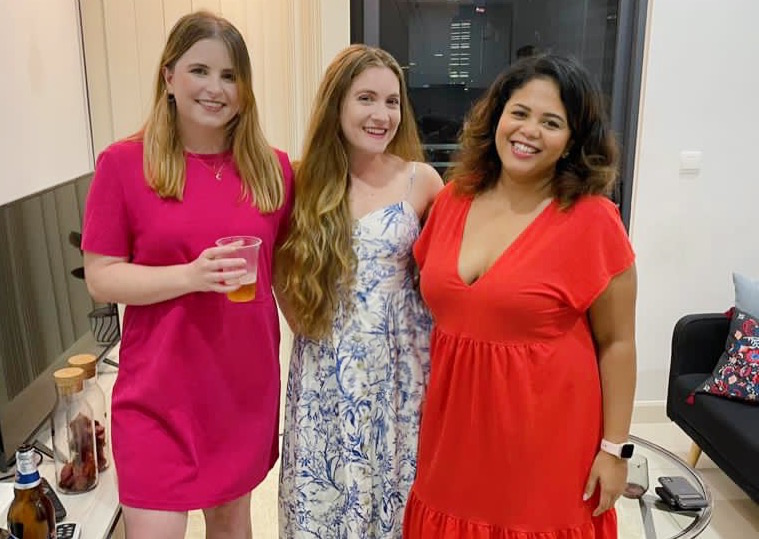 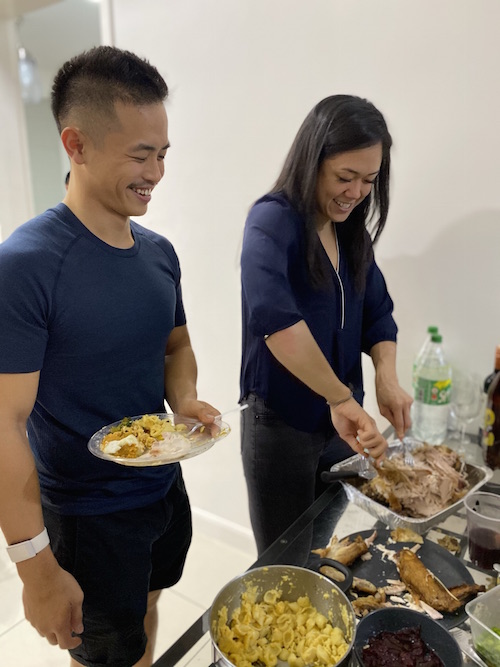 I think that’s why I enjoy celebrating holidays so much now. It feels like a way to share something unique. I don’t often feel very American, and I’m not saying that as a humblebrag. Being disconnected from your culture is a bit unsettling at times. But when I get to share something like Thanksgiving with my new foreign friends, it feels special. It reconnects me with my childhood and roots.

Plus, there are fun surprises. For example, the biggest hit of the night was sweet potato casserole which I, in true American spirit, covered with lightly toasted marshmallows. While loading your vegetables with sugar and candy is definitely the most American way you can eat vegetables, it was fun to share our secret to nationwide obesity with a new audience.

I had to keep explaining that sweet potato casserole is considered a side dish and not a dessert. 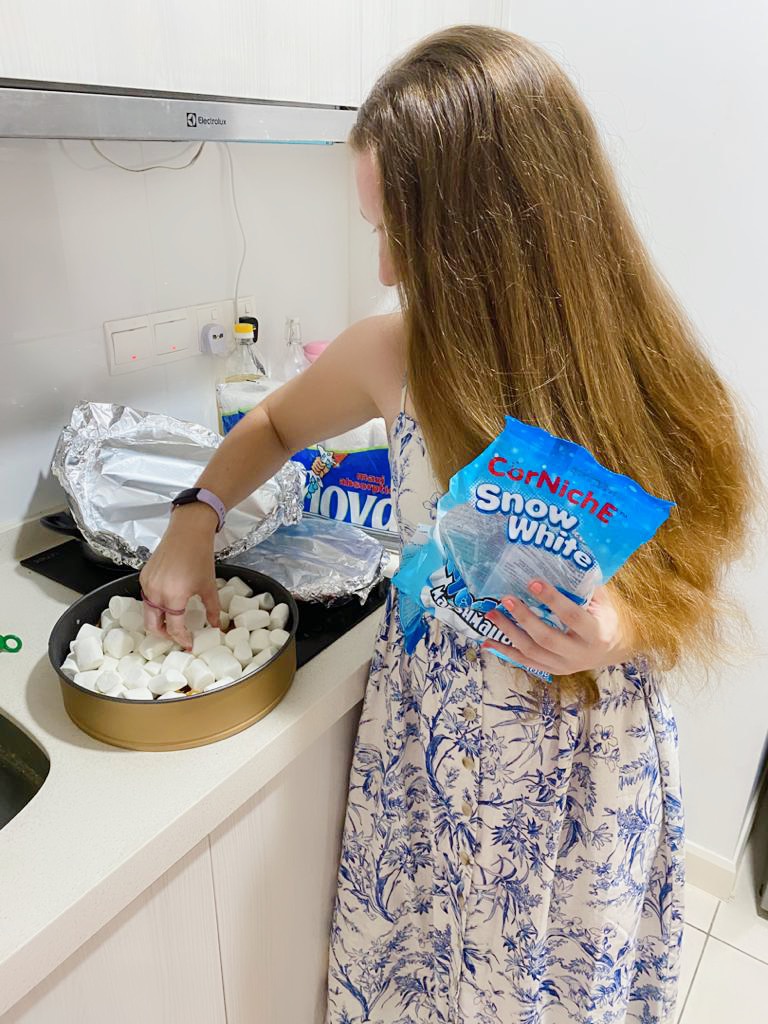 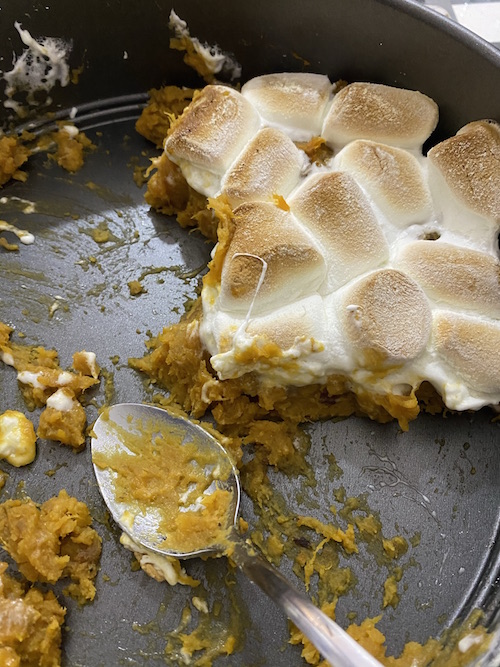 The second biggest hit of the night was my extremely soft rug. Thank God, because I didn’t have enough chairs for everyone to sit on. 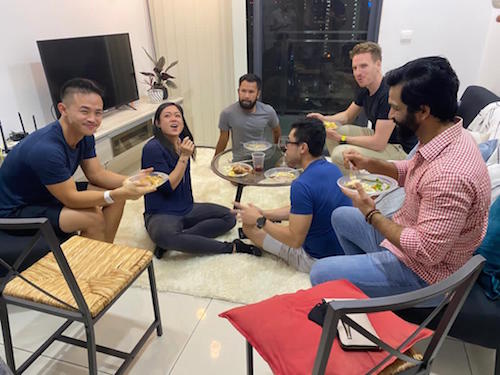 The Chinese woman I hired absolutely nailed the turkey! It was juicy and not too dry. My Australian friend Clare lived out her American dream and made a splendid pumpkin pie. Those (and the sangria) were my favorites. 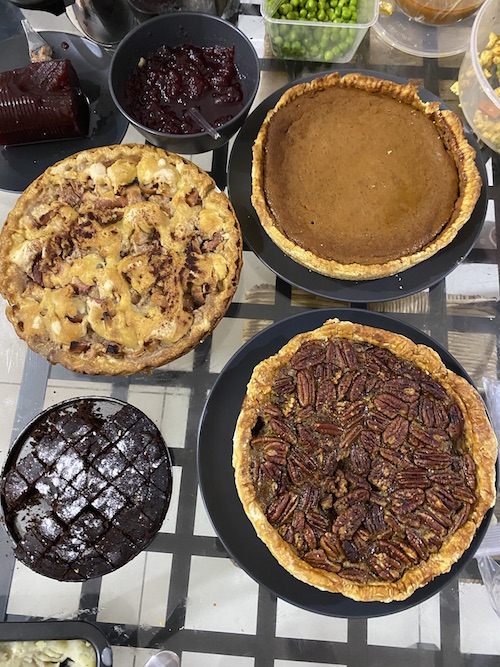 Another perk of the party was that I was able to combine friends from a number of different social circles. As I arrived in Kuala Lumpur right before the lockdown, I hadn’t managed to make a lot of friends until the end of the summer. As we emerged from lockdown in July-August, I hit a bit of a social rut, so the last few months, this has been a big priority for me. I’ve met many new people in a variety of ways—through gyms, Meetup events, and in my building. This was the first time I put them all in a room together and let them socialize. 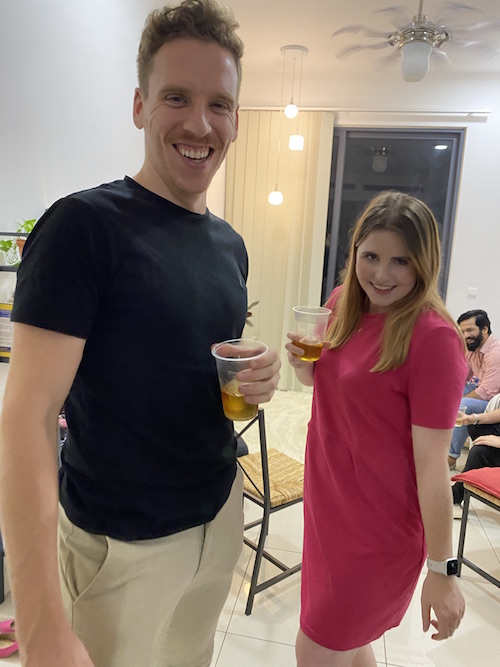 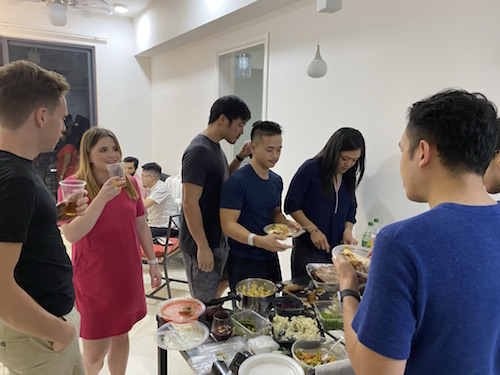 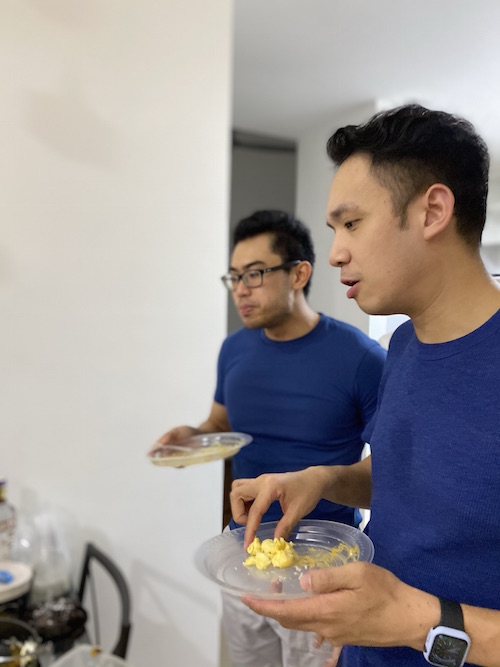 This year, we all need Thanksgiving more than ever. I know it’s been a hard year for everyone. Truly, this year has tested me in ways I never knew I could be tested. Ultimately, I am really thankful for these challenges.

It would be easy to say this year sucks. For a lot of people, it really has. For me, there have been so many things thrown at me beyond my control. I literally got stuck in Malaysia during a global pandemic, all my stuff is in China, and have dealt with a few recent professional and personal setbacks that I’m still coming to terms with.

But I spent years before 2020 developing healthy coping mechanisms and a strong mental fortitude that have allowed me to keep moving forward despite everything that has happened. And being put to the test, I really think I’m passing.

Ultimately, I’m healthy, I have new friends, a great apartment, I love my job(s), and have so many personal projects and goals I can barely keep up with all of them.

2020 has been hard, but I still feel so grateful for everything. 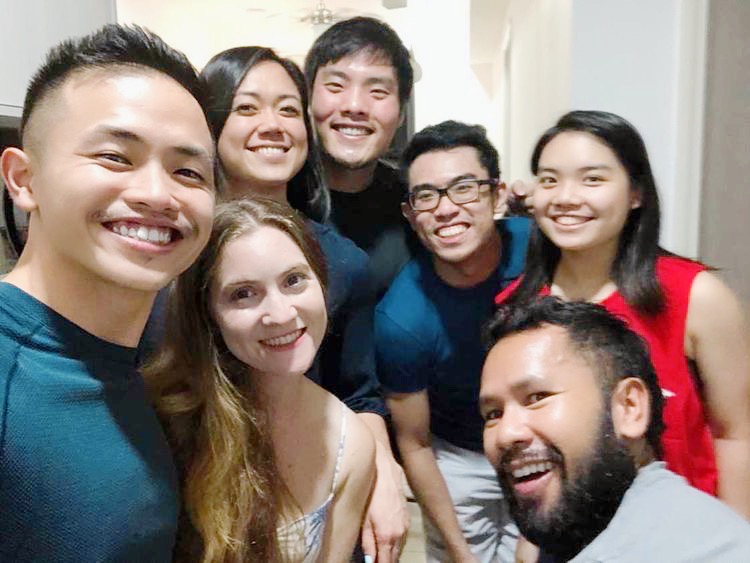