When Malaysia’s national lockdown began three weeks ago, I didn’t know what to expect. Everyone kept stressing that it wasn’t a total lockdown, it was a partial lockdown. A restriction of movement.

Sure, Sure. Tomato, Tomahto 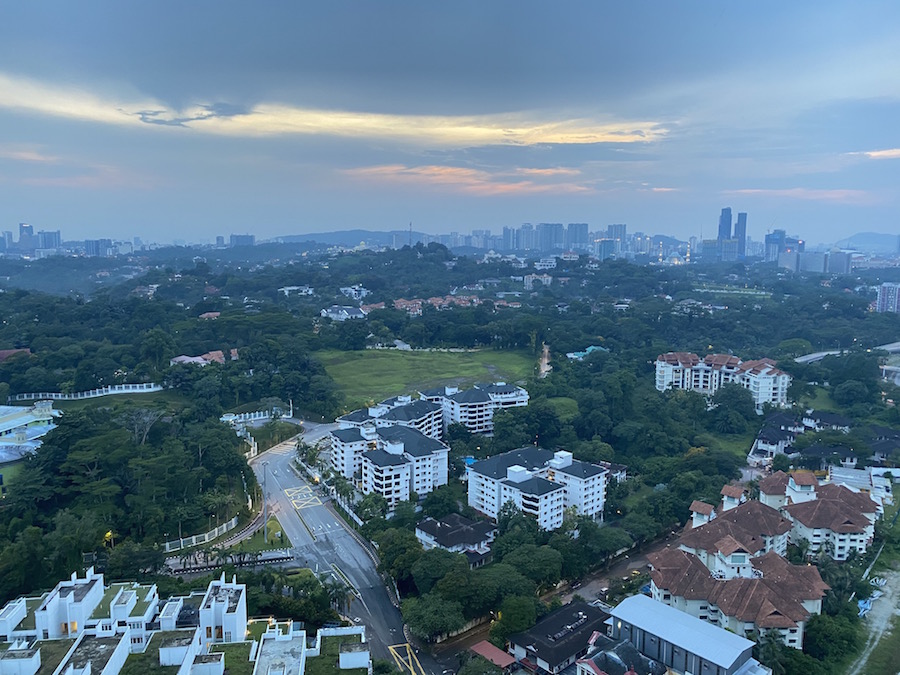 What is Malaysia’s MCO?

It’s a lockdown. A strict one. Originally from March 18th until the 31st, they extended it to April 14th. I suspect it will be extended further.

In addition to all non-essential businesses being closed, borders are closed to non-citizens, Malaysians cannot leave the country, and all inter-city travel is banned. Only one person is allowed in a car at a time; roadblocks are common. You can still take a Grab (like an Uber) or a taxi but only from 6am until 10pm. You can only go outside to go to the pharmacy or grocery store (which are all closed at 8pm). Delivery closes at 8pm. People have been arrested for playing games in the park or even for jogging. You can’t travel over 10 kilometers from your house to get groceries.

In practice, no one has stopped me while walking. Most of my times going through roadblocks were without hassle. I do not feel afraid of the authorities. However, I’m also not breaking many rules. 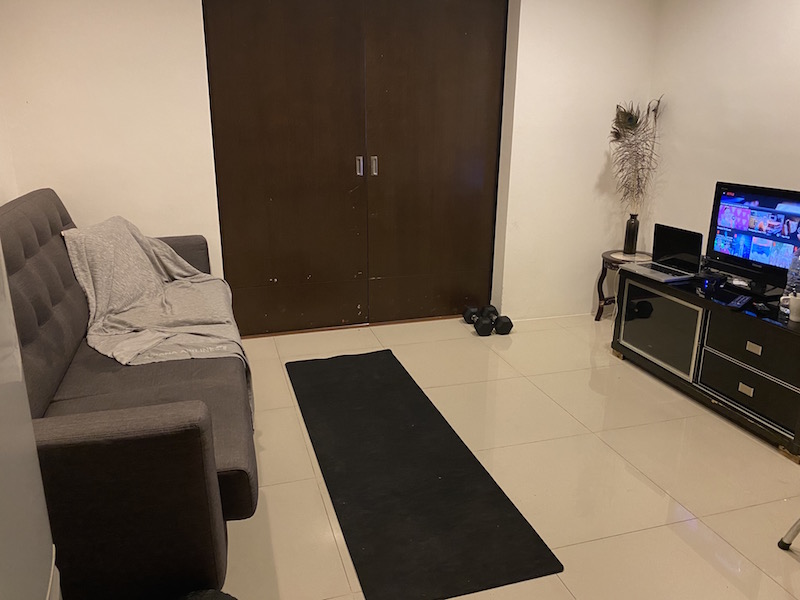 I did break one rule. I moved. Two weeks ago, I packed up all my things and moved apartments.

I originally came to Malaysia in January on holiday, planning to return to Beijing in early February.

But then coronavirus hit China and I jumped on the excuse to stay outside Beijing. I’ve been in Malaysia ever since, and honestly, I love it. However, being in a bit of a transitory state, I’ve been living out of short-term Airbnb rentals for 3 months now.

The quality of these rentals has declined steadily as I’ve moved from place to place every few weeks. My previous was one of the worst. The apartment was in a really sketchy area. My first weekend in the apartment, a half-naked homeless man walked by me across the street, penis swinging freely about. It wasn’t even dusk yet. 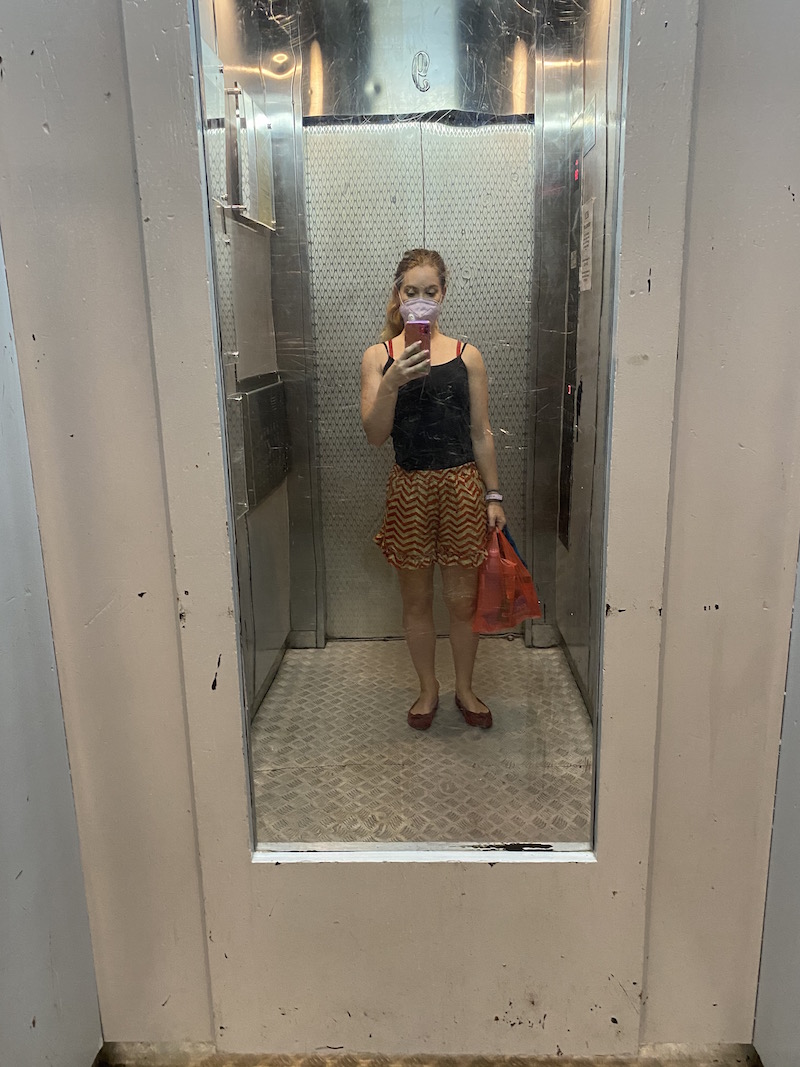 I had a balcony that overlooked a sad, abandoned concrete parking lot. Despite the glass doors, the sad view of urban decay didn’t let in much natural light. The studio was long and narrow. It had a single burner, a single pan, a few knives and forks (but no spoons). There were a lot of ants and at least a tri-weekly appearance of a cockroach.

Daily Life as a Freelancer

Before the MCO, this pathetic little apartment didn’t really bother me. I suppose because I spent such little time there. While there are advantages to already being a remote worker during this global pandemic, I cannot stress this enough: I do not actually work from home.

I loathe working from home. I learned this very early on in my career as a freelancer. If I spend the day in my apartment, nothing gets done. And after 2-3 days, I get noticeably depressed.

And so I formed a golden rule of freelancing: Never work from home. Always find a café.

And so, nearly every day since I’ve been in Malaysia, I’ve woken up around 7am, gotten ready, and walked to the same café around 8:30 or 9. I’d order a cold brew coffee and write or edit until 5pm when I’d go to F45 and workout. (The second rule of freelancing: Workout six days a week).

So when the Malaysian government forced me to stay inside that apartment all day, the florescent lights suddenly got dimmer, the cockroaches suddenly seemed more nefarious, and the dirty concrete stairs of the building suddenly seemed so much more isolating. Walking 30 minutes to a grocery store seemed too much and cooking on a single burner with a single pan seemed impossible. 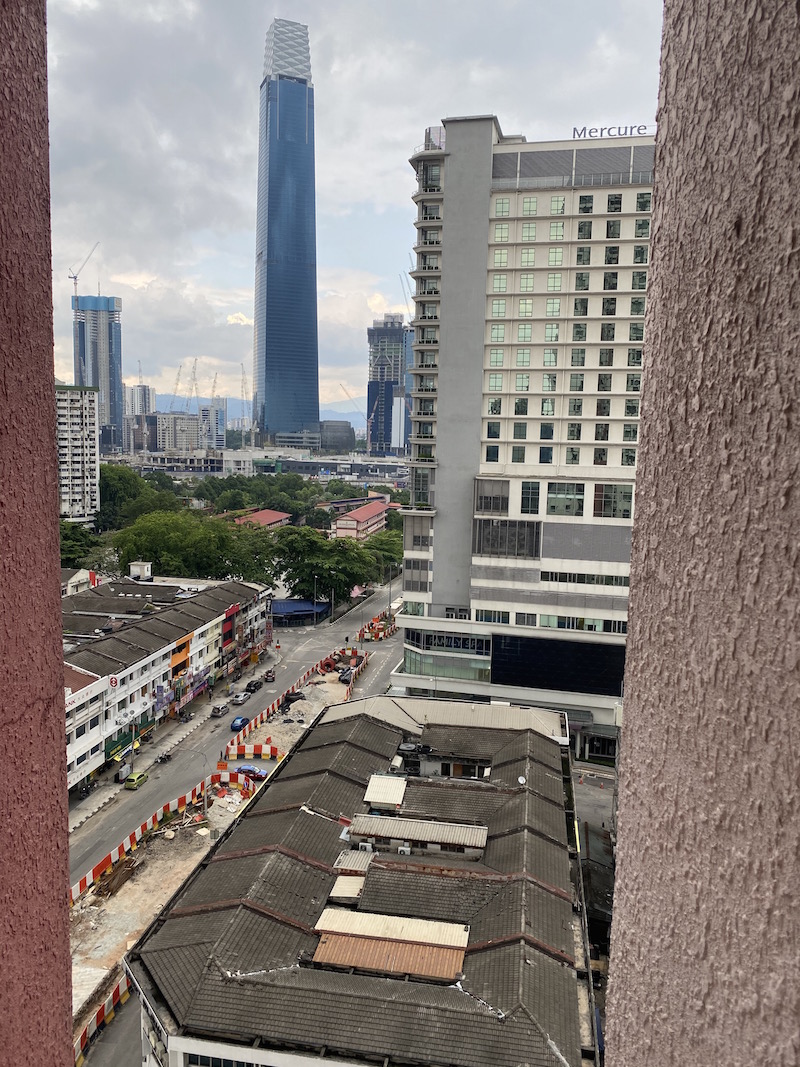 And the ants. Why were the ants always inside my electric kettle?

My AirBnB was due to expire during the lockdown and the landlord messaged me to see if I wanted to extend. The extension was costly. Knowing KL better now, it was a rip off.

I considered staying for the sheer ease of not having to move during a government-appointed lockdown in the midst of a global pandemic. But I hated how much he was charging and what I was getting in return. I could get a new place three times as good for half the price. 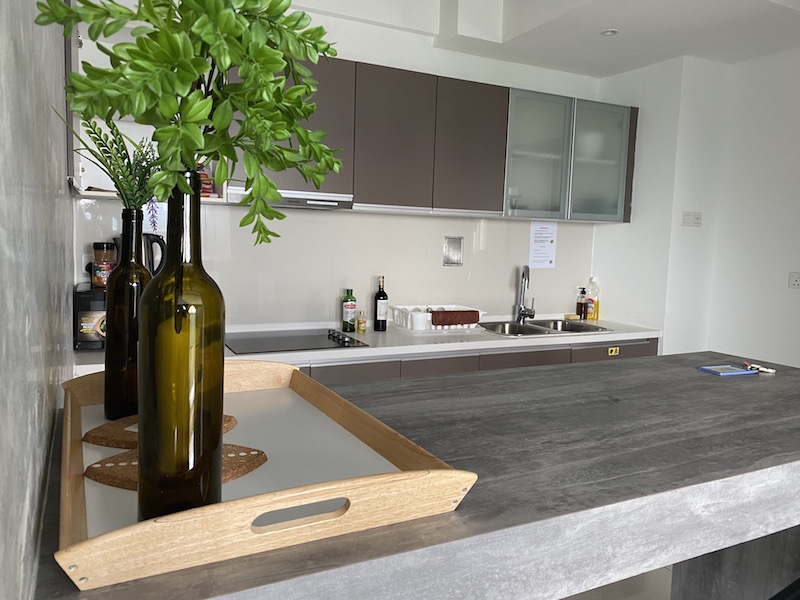 One of my Malaysian friends with a car came to my rescue. He helped me move far too many books as well as my makeshift at-home gym of kettle bells and dumbbells and drove me to meet the AirBnB host.

We had to drive through one roadblock. They let us go with a warning that we were supposed to have written permission from the police station for any movement such as this. 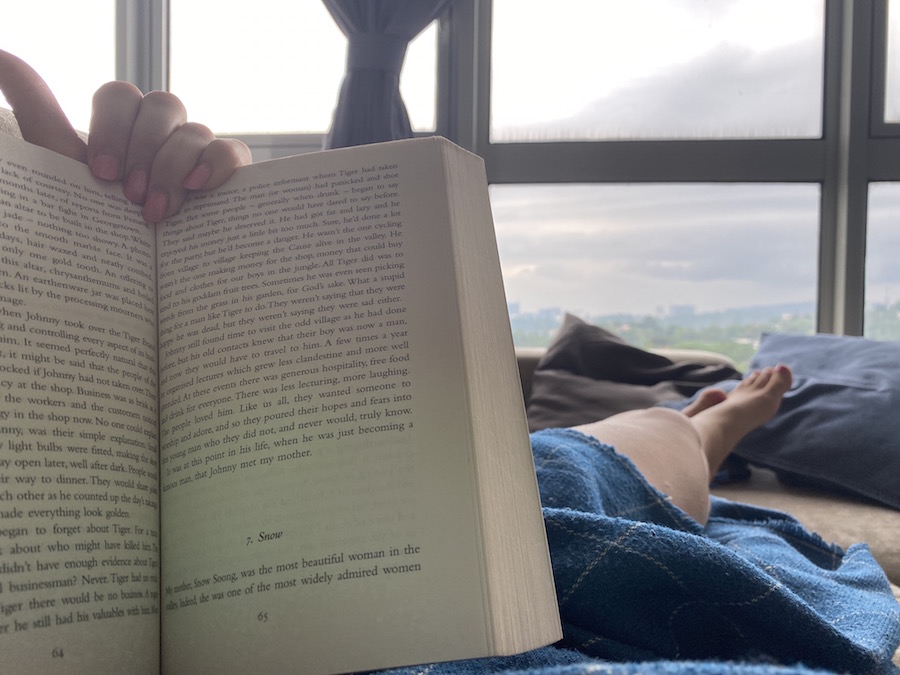 I truly didn’t know moving would make such a big difference to my mental health. The studio is so chic and clean and comfortable. There is a full kitchen with lots of cooking equipment. The entire wall is windows with a view of forests and distant city. I literally spend at least half an hour just sitting on my couch in the mornings with a coffee looking out at the softness of morning light. During the daily afternoon rain, I watch the storm clouds darken the sky and the water pouring on the street. At night I get into bed and look at the city all lit up in the darkness and feel something not unlike tranquility. 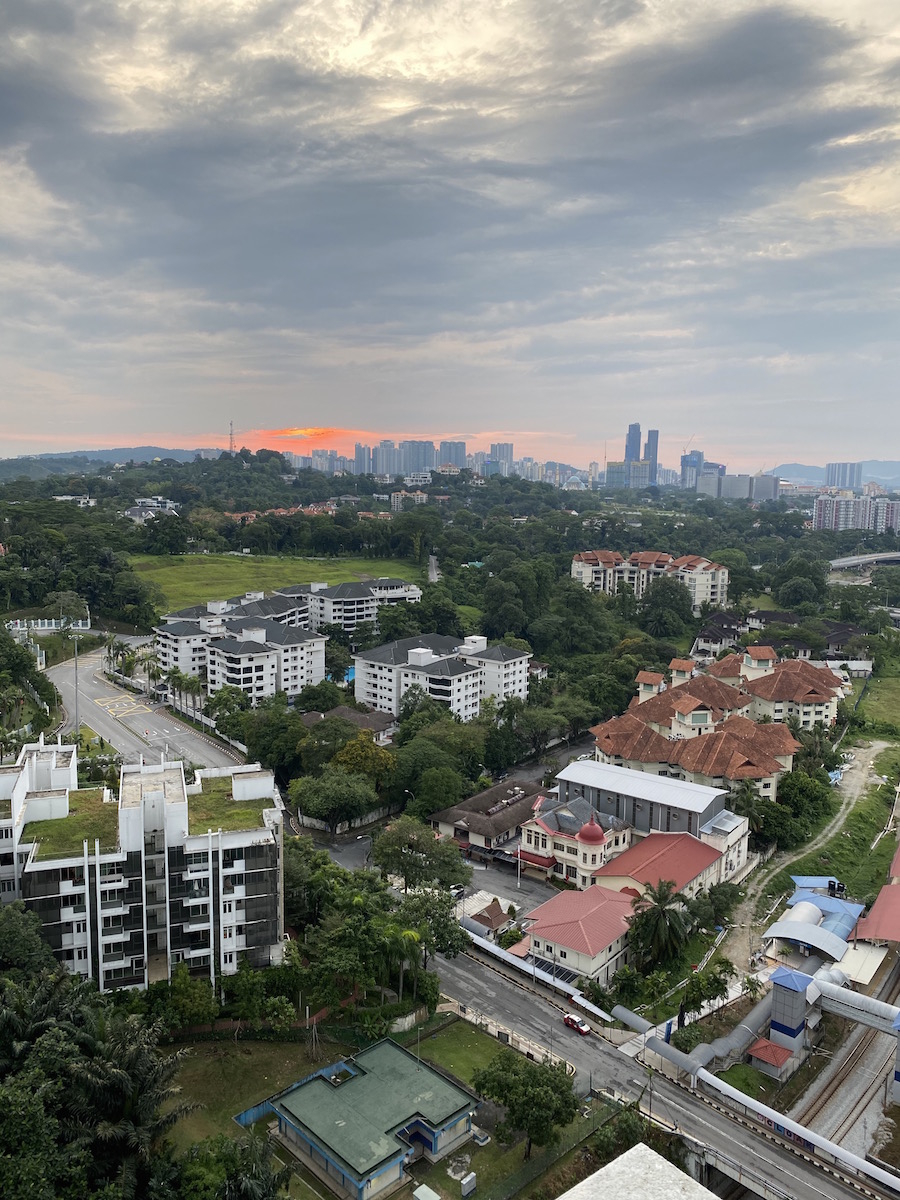 In my concrete cockroach cabana, I so just wanted some small access to something green. I was trying to stay positive and to be thankful that at least I had enough money for food and a TV for Netflix, but I was getting really anxious and depressed. I was jealous seeing pictures of people in the U.S. with access to their backyards. I would’ve killed for a backyard. 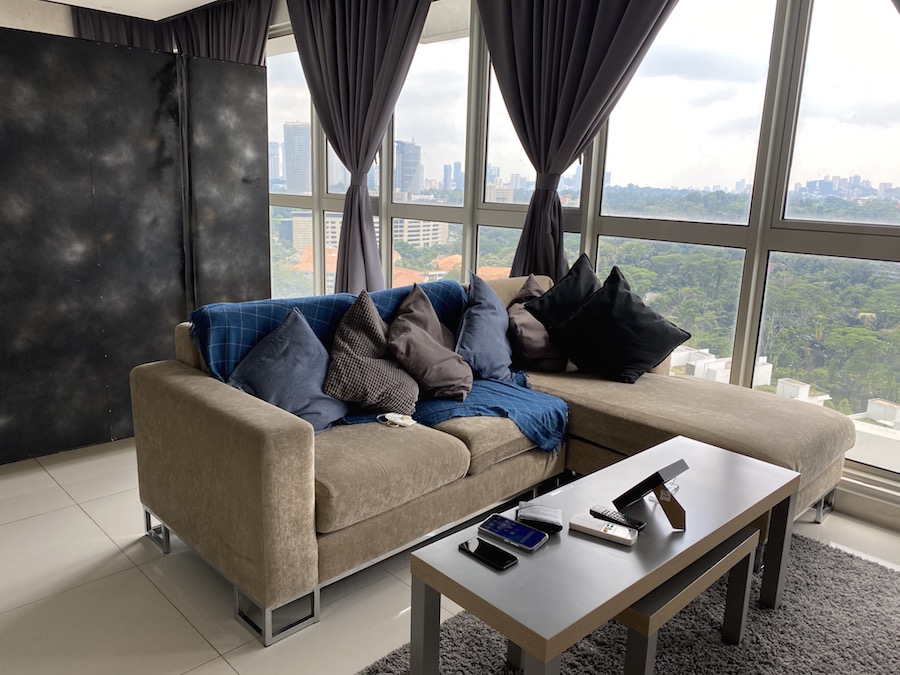 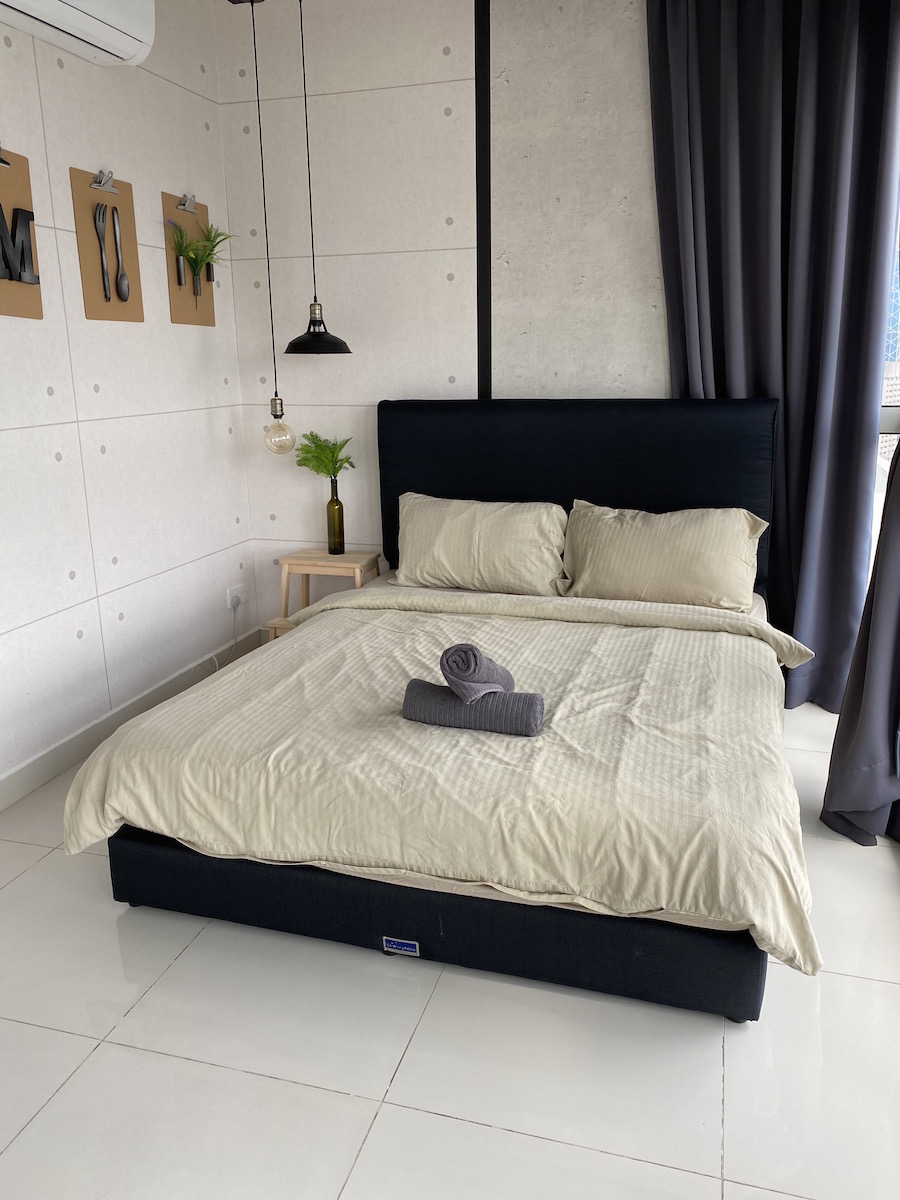 I still don’t have a yard, but the lobby has a koi pond. 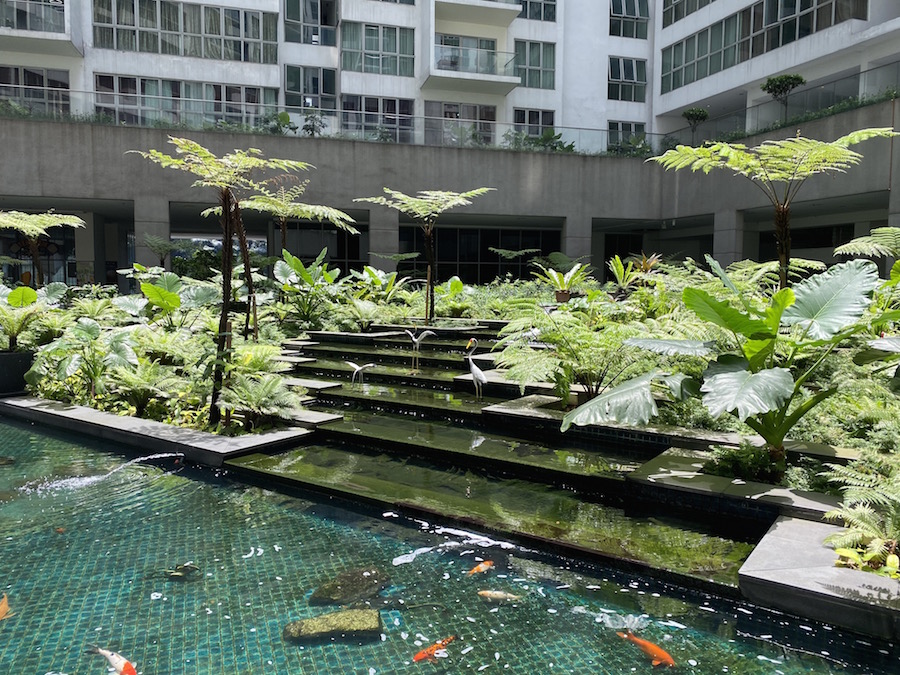 And what this has done for my mental health is staggering. Sure, I have had my days of feeling a bit lonely and unmotivated, but nothing like the constant feeling of tightness in my chest like before.

I know that money cannot buy happiness, but by God, it can buy you some peace during a global pandemic.