Skip to Content
Home Asia China Watching the U.S. Fall Apart from Afar: A Note From Your Worried Friend Abroad

“Don’t you want to go back to the U.S. eventually?”

I get this question a lot. I could write an entire blog post about my strange relationship with the U.S., but for now, I’ll focus on the present moment.

More than ever, when I think about the U.S., I’m feeling particularly heartbroken and frustrated. Watching the COVID-19 situation in the U.S. unfold is harrowing.

“Where are you right now?”

This is the other question I get a lot.

I’m currently in Malaysia and have been for nearly 3 months now. I was here traveling when the virus first broke in China (where I was, and sort of still am, living). You can read more about this here. 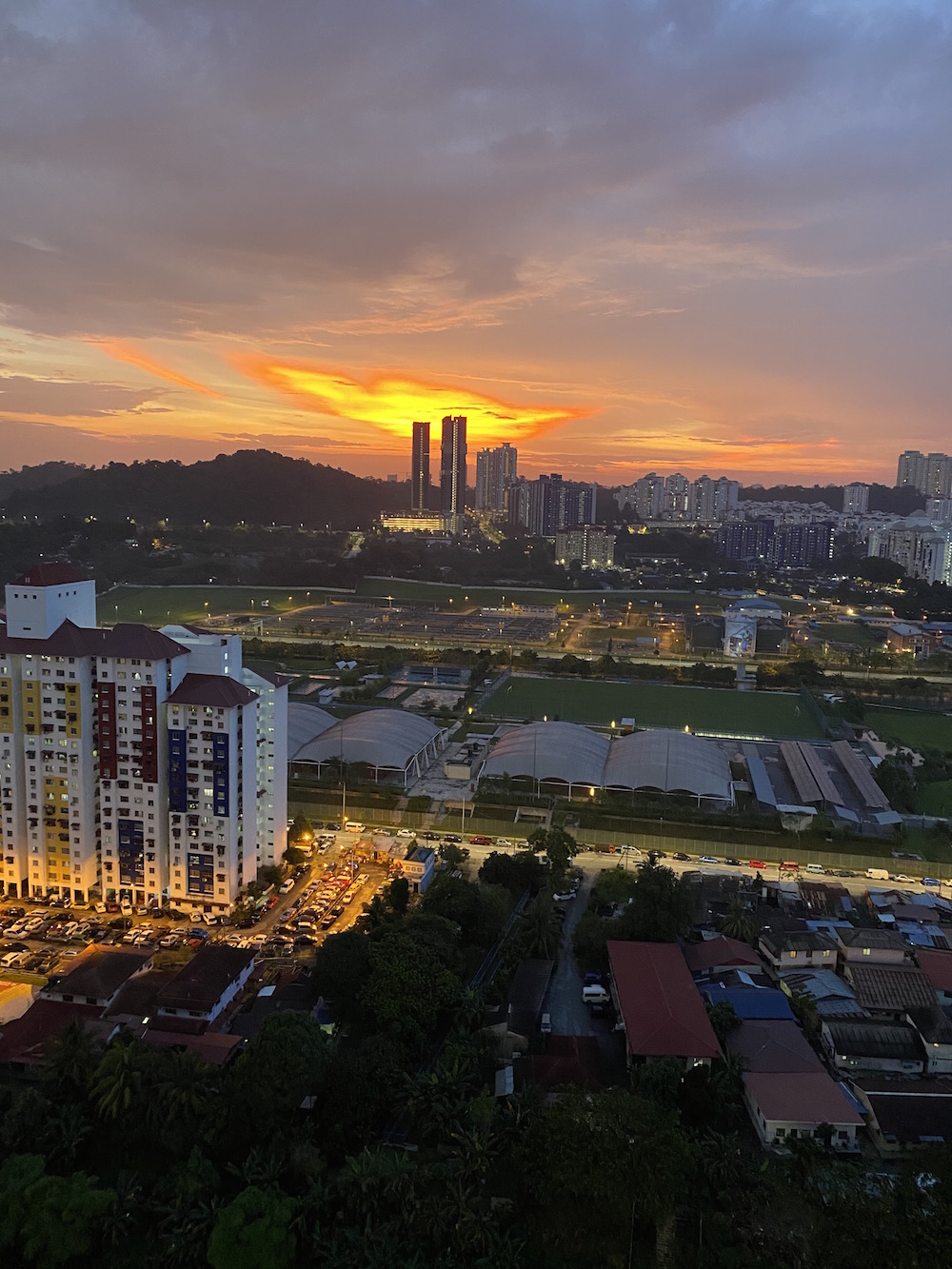 Malaysia is the hardest-hit country in South East Asia. Today there are 1600 known cases and 15 deaths (population ~32 million). After a few easy months, Malaysia’s steadily increasing numbers shot from 160 to over 400 last weekend. The government pinpointed the outbreak at a mosque event attended by 16,000 people held outside of Kuala Lumpur (the capital, where I am).

And what did they do? They immediately locked everything down. We saw the new numbers last Sunday, last Monday they announced a “restriction of movement,” and by Wednesday we were in partial lockdown.

A partial lockdown in Malaysia is much stricter than what many states are doing.

Everyone has a mask on. Many are using gloves. You can’t go out to exercise, only to buy food or for medical reasons.

To sum it up, the Malaysian government is taking this very seriously.

Watching the U.S. from Afar

I wake up every morning and check the news. My fixation on numbers illuminating just how fast the world is falling apart borders on obsession. I message my mom almost daily to see if she and my dad are staying inside. (They are).

Watching the U.S., I feel a bit like a parent watching her child dabbling in soft drugs and teetering on the verge of dropping out of college. I don’t really know how bad things are, but I know they are bad. And I can’t do anything about it. I can just hope things aren’t going to be as bad as I think they will be. That we will get through the crash and burn more rattled than devastated.

Too many people on my Facebook are treating this as a holiday. And even if you aren’t, non-essential businesses didn’t shut fast enough. Doctors don’t have enough masks. Hospitals don’t have enough beds. Airports are still open. Bosses are asking people to come in. There were a lot of things out of the public’s control. I get that. But those things are not okay. I’m actually horrified by what I’m seeing. And the numbers are already there. This thing is already a mess.

Everyone is already getting bad enough news on Facebook and I’m not going to add to the noise. But just know, from my vantage point, I’m really afraid for America.

Some people have suggested I go back to the U.S.

I really can’t understand why I would do that. I feel safer in Malaysia.

In addition to not wanting to be there when the bomb goes off, my health insurance covers me in every country in the world except the United States. I simply can’t afford to go back to the U.S. and get sick. I can’t afford a hospital visit there. A lot of Americans can’t.

More trivially, I don’t really have anywhere to go. I don’t want to get on a plane right now (not that it’s particularly feasible from Malaysia) and wouldn’t want to jeopardize anyone’s safety by self-quarantining with them. I definitely wouldn’t go to my parents. They don’t need that health risk. I don’t have a U.S. phone plan. All my work is in the Asian time zone. I don’t have a car.

It’s ironic because the things I love about the U.S. and hate about China are going to be the things that make this situation so bad in the U.S. and are ultimately helping China pull through. I love how stubborn and individualistic Americans are. I love how we’re all about states’ rights and are overly confident. But it’s going to be the country’s undoing in this situation.

As much as I don’t agree with China’s authoritarian style, it’s ultimately the reason my friends in Beijing are walking around in the parks right now and starting to return to normalcy. And the weak central authority of the U.S. government and general spirit of American Exceptionalism is why this time next week the U.S. might be the new epicenter of the virus.

Please take this seriously. Please stay safe. Please know your metaphorical mother is over in Asia worrying herself sick over you.