Skip to Content
Home Asia China Safe and Sane in Malaysia: An Update on the Coronavirus from a Beijinger in Exile

First, I’m fine! Although I live in Beijing, I was in Malaysia when the first reporting of the Coronavirus occurred and had already been out of China for a little over a month. I was planning to return to Beijing mid-February, but for now, I’m hunkering down in Malaysia, waiting and watching the situation from here.

I’m sure by now everyone has heard about the Coronavirus “sweeping” across China. Below are the latest numbers reported by a fairly concrete news source in China (as of Jan 29th 6pm). How accurate are the numbers officially reported by China? It’s hard to say. China did underreport during the 2002-2003 epidemic. Numbers aside, I feel confident writing about the day-to-day situation in China.

I’m currently a part of a number of Chinese WeChat groups dedicated exclusively to covering virus-related news and have been in daily contact with my friends in Beijing and China to get a sense of what is going on on the ground. I literally wake up every morning and check the news as “what this means” for my daily life changes daily.

Unfortunately, I do have one friend in Wuhan. Anyone in Wuhan cannot leave. Everything is shut down: roads, trains, airports. I spoke to him yesterday and he basically said what I expected: it’s scary and lonely. He doesn’t leave his house. When food runs out he goes out covered as if to (literally) face a plague. He’s been feeling a little feverish but thinks it is stress and is afraid of going to the hospital (a prime place to get the virus).

Wuhan is not a great place to be right now. Evacuations of foreign nationals are occuring (but limited). In a particularly heart-warming video, Wuhan residents stood outside yelling “Jiayou” for encouragement.

One friend is quarantined in Hubei province (but not Wuhan) and another friend was visiting her husband’s family for Chinese New Year and now their village is quarantined. She was supposed to move to the U.S. in a few weeks for a new job but as of now, no one knows how long the quarantine will last.

My friends in Beijing are faring better. Most are simply practicing a type of self-quarantine and staying in their apartments, although some gyms, restaurants, and bars are still open. Movie theatres and tourist attractions (like the Forbidden City and Great Wall) are closed. A lot of my friends have videos walking through eerily empty streets, usually bustling with cars and pedestrians. This is also partially due to Chinese New Year when most Chinese travel out of Beijing.

For now, taxi services are still working, grocery stores are open, and the subway is operating (although you need to do a temperature check to ride and the entire subway is being disinfected hourly). Food delivery services are closing (but malls are open with temperature checks and there is plenty of food in stores). Trains and flights are beginning to shut down. British Airlines canceled all its flights to China and I’ve heard Lufthansa did the same. I truly believe the airports in Beijing could close down within the next week if the situation continues to worsen. 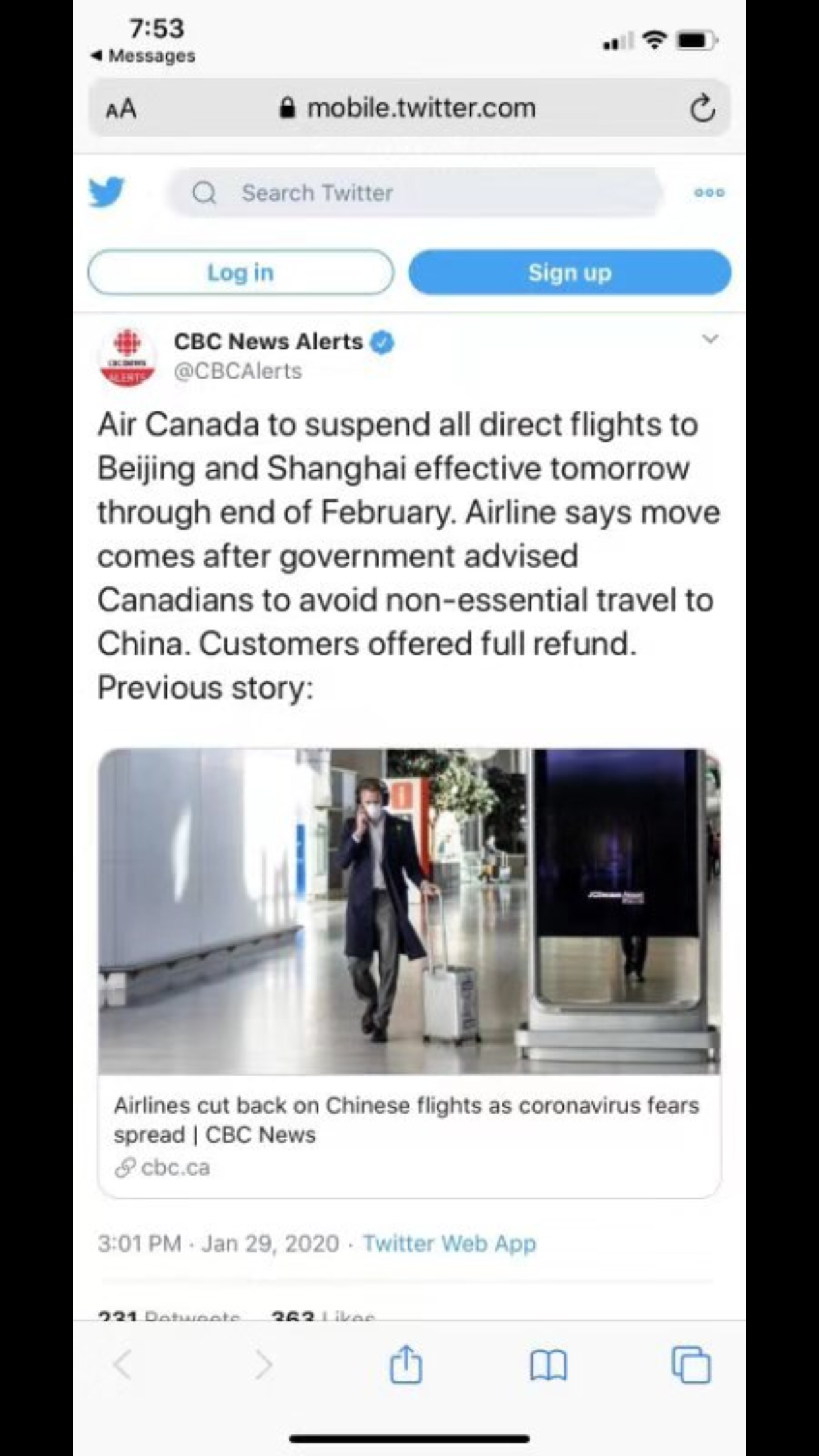 Schools, already on holiday for CNY, have extended their holidays indefinitely. I’ve heard one reopening dates is February 17th,  but I think this really depends on how the situation unfolds in the coming weeks. A lot of foreign English teachers are worried because some companies are refusing to pay them or forcing them to use vacation days. For me, this probably means an uptick in students showing up to my online writing and lit seminars.

To be honest, the reality for most people in Beijing is that they are horribly bored. Being stuck in my apartment in Beijing, watching as airlines close flights indefinitely and the borders close around me– being trapped –that scares me far more than the actual virus.

To Panic or Not to Panic?

In the WeChat groups, people oscillate between fear-mongering, panic, and a frustratingly “chill” attitude. In my personal opinion, people outside China need not panic. A lot of expats who traveled abroad for CNY (like me) are simply staying outside.

But I’m also frustrated by people who see this as “nothing.” It’s not nothing. Yes, the flu has killed more people. I’d still rather get the flu.

The quarantine will help; governments are taking quick action to contain this. Even my friend at the RedCross in the U.S. says they have a plan for North Carolina. Do they need a plan? Probably not. Should they have a plan? Absolutely. The more prepared and conscious everyone is, the less of an issue this will become globally.

There simply aren’t enough resources for China to deal with this if it continues spreading. Wuhan had a doctor die of cardiac arrest from overwork. The government is sending in army medics and doctors from other provinces.

In Malaysia, some people are wearing masks. There are only cited 7 known cases in Malaysia, all Chinese citizens, and the Malaysian government imposed a temporary ban on Chinese nationals arriving from Hubei.

For now, I’m going to enjoy a little social isolation, work on writing, and exercise a ridiculous amount.