I don’t know a lot about my Great Uncle Allen, yet he’s a bit of a role model. He went all over the world in the 1920s working for Black & Decker having all kinds of exciting adventures, 97% of which would probably be illegal now. For the last few years, my dad has been converting Allen’s 8mm film to DVD so we can see his journeys: experiencing a calm and still Palmyra and Baghdad, catching elephants in Africa, and watching children from an unknown tribe smoking cigarettes. He even brought a jaguar back to New Jersey to the horror of his neighbors.

Naturally, he’s some sort of vague legendary idol in our family. Arguably, I’ve traveled just as much as Uncle Allen, but I have so much respect for traveling before the modern era. I’m not 100% sure I could do it.

Living in China definitely means living at a distance (physically and emotionally) from the U.S. (and my friends and family there). But technology (even the social media China attempts to block) means I still talk to my two best friends in North Carolina nearly every day. I regularly talk to my family and friends in Chicago, Argentina, and India. And, if need be, I can pop back to the U.S. in less than 24 hours. 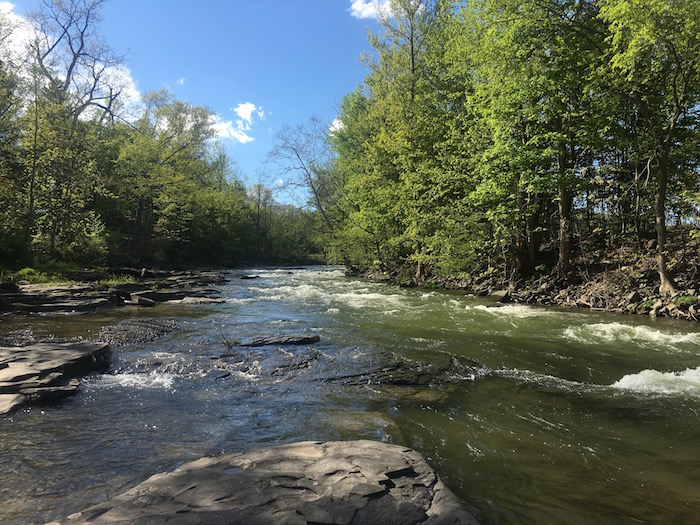 Two weeks ago, I did just that. I boarded a midnight flight from Beijing to NYC with a quick layover in San Fran and landed back in the U.S. at 7 am Wednesday morning. By Monday night I’d be back at JFK for a 13-hour return flight to China.

May 17th was my parents’ 50th wedding anniversary. Despite their strong and happy marriage, my parents have never been crazy about celebrating their anniversary. Two years ago I wished them a happy anniversary and they had completely forgotten. But 50 is a lot of years, and something worth celebrating. So, of course, they had no idea I was coming.

My parents believed they would drive from North Carolina to upstate New York where my eldest cousin, Dwight, owns a drive-in theatre with his wife, Leigh. My sister said she and her husband Carl would meet up there for a quiet weekend. Luckily, it was easy for my sister to convince my mom to book an AirBnB which was far too big for two couples.

What they didn’t know was that their best friends were driving up from Virginia (they had just been in Malta) and my other cousin Schaffer and I were flying in from California and China (respectively).

Leigh drove me in from the city the day before my parents arrived and my cousin flew into Albany the morning of. While my sister and Carl met my parents for brunch, my cousin Dwight took me and my cousin Schaffer to a storage unit he owns nearby. The storage unit is full of his stuff, his wife’s stuff, his parents’ stuff, and the stuff of our deceased great aunt. It’s a lot of stuff. My family spends far too much time talking and thinking about all this stuff.

So Dwight took us to the stuff and Schaffer and I hid under a blanket.

Dwight and Leigh went to get my parents, sister, and Carl so they could “show” my parents the storage unit. He sent my sister in first because he said he wanted to film my parents’ reaction to all the stuff. However, he actually does a reveal of me and Schaffer hiding under the blanket. You can see the video here:

Right before my parents came to the storage unit, their lifelong friends Ken and Linda drove up to the AirBnB. Once again, the reaction video is here (sorry for the formatting):

I can say, the surprise was quite a hit, and one of those moments where a lot of people’s organizational talents (not mine) and moving parts really came together for the greater good.

Living Across the World

I’ve written this before, but living on the other side of the world doesn’t necessarily mean growing distant from friends and family. It did mean I slept through that night’s dinner and the movie screening the next day due to jetlag, but I still got to spend the weekend with family in a really unique and special way.

I haven’t been part of many surprise parties, but even if I had, I really can’t imagine any of them being better than this.

Next up: Being back in New York really changed my mind about what I want to do next.