Since I had only come to China for my job, and quickly decided to leave said job, I felt little reason to stay in China.

“But maybe,” my friend suggested in December, “you should just stay put for awhile. Maybe all the things you are craving—a healthy relationship, taking care of your body, cooking, writing, a strong circle of friends—maybe if you just commit to being in a place for longer than a year, you’ll be able to cultivate those.”

A Place to Stay Put

I’ve been longing for a place to “stay put” for awhile now. Last year, I played a little game of Rayuela (Hopscotch) between Colombia and Argentina. I moved to Vietnam somewhat spontaneously but there was nothing keeping me in any of those countries. Ironically, I like all those countries more than China. Argentina had a chic, literary Parisian feel; Colombia is arguably one of the most beautiful places I’ve been (plus its cheap and the people are very open and lively); Vietnam boasted the perfect combination of good weather, culture, history, cost of living, delicious food, and the nicest people I’ve ever met. 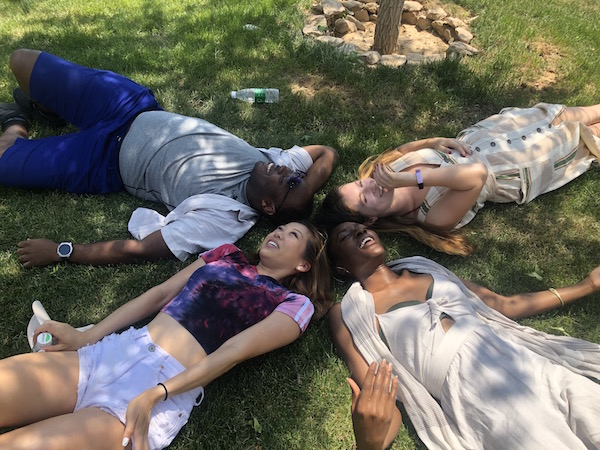 So when he suggested China be the place I “stay put,” I immediately shot it down.

“Sure,” I said. “I do want to stay in a place for awhile. But I only came here for a job. Why would I stay here instead of going somewhere new to establish myself?” Anywhere, I decided, was better than here.

And yet, I don’t think I disliked China because I wanted to dislike it. I actually really wanted to find a way “in” to China. In so many places, there has been a “thing” that has helped me fall in love. In Hungary it was the history. In India it was my Indian friends, the clothes, the food, the rich traditions. In Argentina it was the language. In Vietnam it was the literature.

I kept trying to explain to people that I needed to find a way to love China, but I never did. I didn’t hate it. I just felt a lackluster indifference for it.

For months I flirted with moving to Brazil. I liked the idea of learning an easier language, having direct access to a beach and sunshine everyday, and being part of a more “open” culture. My plan had been to stay in China through the summer and leave in August or September of this year.

But something snapped sometime in March, which hit me full-force in April. I started giving myself the time and space to make my social life a priority, instead of work. The skies got bluer. The city became warmer, both literally and figuratively.

And you know what? Beijing is a really cool place.

China is at the forefront of some crazy technological innovations. I don’t even bother bringing cash or a credit card out anymore; I just bring my phone. The language is actually kind of fun; trying to read characters sometimes feels like a mental puzzle. While I don’t necessarily agree with how the government uses technology to maintain order,  I’m so glad I’m aware of how these processes are implented and carried out.

But best of all, China is basically the U.S. of the 1970s. People from all over the world are flocking here for opportunities.

In a single weekend I can meet Italians, Spaniards, Hungarians, Brazilians, Argentinians, South Africans, Russians, Brits, Australians, Tunisians, Ghanaians, Canadians, Indians, Pakistanis, Singaporeans, and more… They come as English teachers, lawyers, medical researchers, engineers, bakers (it’s not a typo, actual bakers who bake bread and stuff), students, sports representatives, businessmen, artists, diplomats, and entrepreneurs. It’s fascinating. Never in my life have I had such easy access to such an eclectic, inspiring, and cosmopolitan group of people.

If you asked me 3 months ago if I would stay in China another year, I probably would have scoffed. And yet, here I am, hoping to embark on China 2.0.

This next year in China, I’m going to be significantly more dedicated to my writing and learning Chinese. I’m currently taking 8 hours of Chinese class per week at a language school. I’m going out significantly more. I’ve expanded my social circle. I’m attending events. I’m trying to say “yes” to new experiences. And, obviously, I want to stay fit and healthy. I have some things lined up for new work that should allow me to stay in Beijing (everyone cross your fingers the visa works out).

The truth is, there are places I can go with cheaper rent, better food, or more accessible languages. But for the first time ever, I feel a huge urge to stay put. I don’t want my experience in China to have just been my job. You can’t know a place from the 27th floor of an office building looking at the city below. I want to make my experience in China into my own thing, taking the time to better explore what China means to the world in 2019.

Because whether the world likes it or not, China is doing some interesting things in terms of its economy, technology, and politics. I’m definitely not saying its better, but its important. The spotlight has been on China for awhile now, but only now that I call Beijing home is it all making so much sense to me. It’s kind of exciting to feel like I’m able to witness this first hand.

The only issue is that I’m still waiting to see if I can change my visa. And, if I can’t get the right kind of visa, I might desperately regret this blog and you guys might have to take a collective vote as to where I land next. But for now, I’m staying put.

Previous: The Cult of the Professional Hot Girls or How I Lost 9 Pounds in 8 Weeks
Next: A Tale of Two Passports