I took the U.S. Department of State Foreign Service Officer Test (FSOT) October 7th. Due to my move from Colombia to Argentina only two weeks before and a scurry to find an affordable apartment, I never managed to write about studying for this exam. However, I spent about a month aggressively preparing so I was pleased to receive an email yesterday morning informing me that I had passed!

Who are Foreign Service Officers and What is the FSOT?

Foreign Service Officers develop and implement U.S. foreign policy while working in embassies, consulates, and other overseas missions. In short, they are diplomats. Your job can range between interviewing foreigners for visas, setting policy to protect U.S. business interests, helping to facilitate international adoptions, and organizing conferences and cultural events.

This exam is the first step in a long process to becoming an officer. It consists of four sections: Job Knowledge, English Expression, Situational Judgment, and the Essay. I can’t give specific detail due to the nondisclosure agreement. 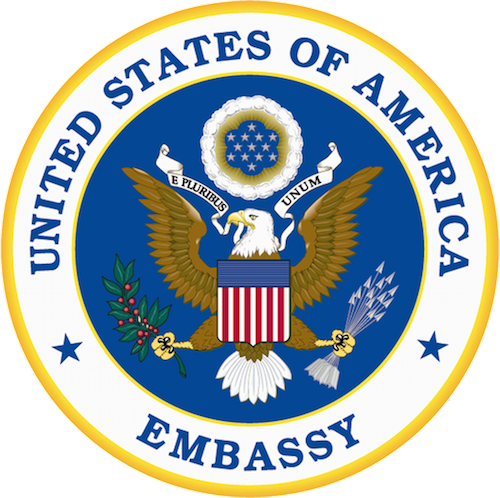 The morning of October 7th, Damian and I took the subway to the U.S. Embassy. I arrived just after 9 a.m. An Argentinian woman came to the main door to escort me. I put all my things through security and left my phone with a man in the lobby. The embassy was empty since it usually isn’t open on Saturdays. The only people there were working due to the exam. I had to give my driver’s license to a marine and my passport to the test administrator. Only three other women took the exam. The entire test was on a computer. If you’ve ever taken the GRE, its essentially the same idea.

I felt pretty good about the three multiple choice sections. I needed a score of 154 and passed with a 164.

I was pretty sure I failed the exam due to the essay. It was a standard 5-paragraph essay, which I’ve never loved. Ironically, for someone who enjoys writing, I’ve always dreaded formulaic essays. I spent seven minutes outlining my argument and had 25 minutes to write. After ten minutes I ran out of space, panicked, and spent the rest of my time just trying to pare down my already sparse essay. Luckily, I got the lowest possible passing score on my essay (a 6 out of 12).

*Damian met me outside the embassy a few hours later with a salad and a diet coke. A special highlight of the day. Then I slept for 4 hours.

Studying for the exam was actually quite fun. I mostly studied for the Job Knowledge section since I figured as an editor, there was only so much I could study on English Expression. Situation Judgment was new and few study resources existed. Job Knowledge can incorporate pretty much anything, though I read that it is generally U.S. History, U.S. diplomacy, and some economics and management questions. Here’s how I studied:

I went on Edx.org and took a few free courses. Seriously, this is an amazing resource and everyone should consider taking a course. They are mostly video lectures. I took:

There are many I didn’t get around to taking including a course on Democracy in Africa and Terrorism and Counterterrorism. I still plan to finish these courses in my free time. They were as good as classes I took at UNC and UChicago, but free!

The State Department recommends a number of books to read for preparation.

The next step is to write six personal narratives about my life experiences. I’m actually quite excited about this part, and think I have a lot of interesting and diverse work experiences to discuss. However, someone in the foreign service wrote the grading on these essays can be quite random and many qualified people fail this step. I’m trying not to worry too much and just be thankful I even made it this far in the process.