Skip to Content
Home Europe Croatia Inside a Croatian Wedding

With Rachel’s bachelorette weekend looming in the near future, and her wedding only 2 weeks away, I’ve been preoccupied with marriage recently. A large part of the reason I am visiting the U.S. this October is to attend her wedding. With all recent the matrimonial preparations, I’ve been thinking about the last wedding I attended and realized I never blogged about it.

Three months ago I attended my first Croatian wedding for my friend, Sara, and her new husband, Mislav. It started with about a month of me wavering back and forth between if I should fly to Zagreb (I desperately wanted to) or if I should stay in India (and save money, work, be responsible, etc..). I told my mom the ticket was a bit pricey. She told me, “It’s worth it to keep these types of friendships alive.” That was all the excuse I needed.

I met Sara 6 years ago in Budapest, Hungary. Sara was an Erasmus student studying in the same university as me (CEU). For those of you unfamiliar with Erasmus, it is a bit like an EU-funded study abroad program for European citizens. Martina (also from Croatia) and Lena (from Germany), along with Sara and I, formed a bit of a small “group” within our larger international group of friends at the time.

Having never lived abroad before, my first week in Hungary I felt incredibly out-of-place and a bit nervous about spending four entire months in a foreign country. Despite being part of a study abroad program, the university was comprised almost entirely of Master’s students, all older than me by a few years. At the time, I was a radically different person than I am now: shy, studious, a bit “type A.” I had my future entirely planned out: graduate school, PhD in history, staying with my college boyfriend forever, living comfortable on the East Coast. I was not the type of person who would try couch surfing, living in India, trekking alone in Nepal, or backpacking solo through the Middle East.

But once I got to Budapest, I started questioning who I thought I was and who I wanted to be. I made so many intelligent and independent friends living all over the world and I started wondering how I could continue living such a cosmopolitan existence.

This is a long-winded way of saying my time in Budapest, and with Sara (and Martina & Lena) is still extremely important to me. So, despite the slightly expensive cost of the plane ticket from Delhi to Zagreb, I decided that it would be great to see these girls again and keep these friendships alive. I’ve met so many people traveling and most of those friendships look a bit unraveled. I barely speak to anyone from my Master’s program despite only having graduated about a year ago. I’ve met so many unique people and many who I’ve cared about quite deeply. But, ultimately, when you move every year, you lose contact. So when I get a chance to reconnect with important people, I feel as though I should take it. And when Sara sent us a message inviting us to her wedding, I started checking plane tickets.

Plus, in July 2016 it had been 11 months since I had been in a Western country and I was starting to feel desperate for some familiarity. Yes, at this point Croatia counts as familiarity. It has beef, short skirts, and it’s relatively easy to buy normal products like tampons and moderately priced good wine.

I landed in Zagreb near the end of June and Sara picked me up from the airport. I felt a slight bit of anxiety before she arrived. Perhaps the four of us had changed too much. Maybe we were too different after 6 years and it would be an awkward trip. We had had a reunion in Budapest 3 years prior when I was living in Prague. But 3 years is still a long time.

Two weeks later I was bawling in the airport, wishing I didn’t have to leave and go back to India (I was obnoxiously sleep deprived which didn’t help).

I had so. much. fun. The first day I visited with Sara and met her (then) finance (now husband), Mislav. When you meet a couple and can instantly note the spark between them, it makes celebrating their relationship even more special. Mislav had me laughing all through dinner; he seemed like a great guy. Then Lena flew in from Germany. Since Sara was (understandably) pre-occupied finishing her wedding planning, Lena and I made ourselves scarce and took a bus to Dubrovnik to enjoy the sea and some sun before the big day.

Sara had some friends to her apartment a few hours before the service for drinks and snacks. Even after she left for the church, we continued drinking at her apartment. The we drove to downtown Zagreb and got to take the funicular up the hill to the church for the marriage. 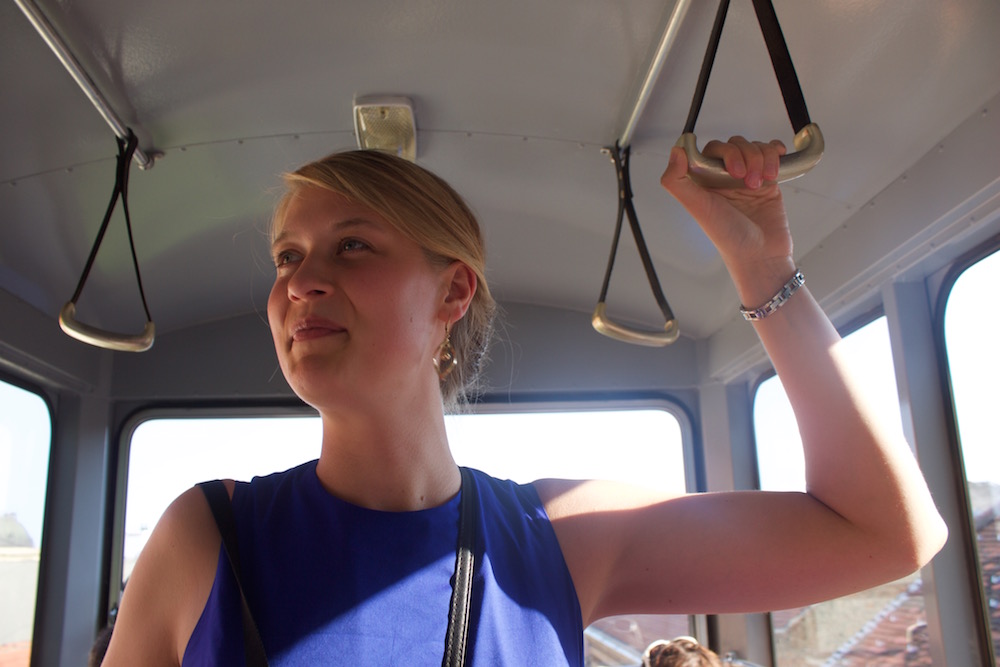 The ceremony was short and sweet (great for Lena and I since it was entirely in Croatian). I found it interesting that the bride and groom enter the church and walk down the aisle with the priest. The father leading his daughter down the aisle is very American and few people partake in that ritual. 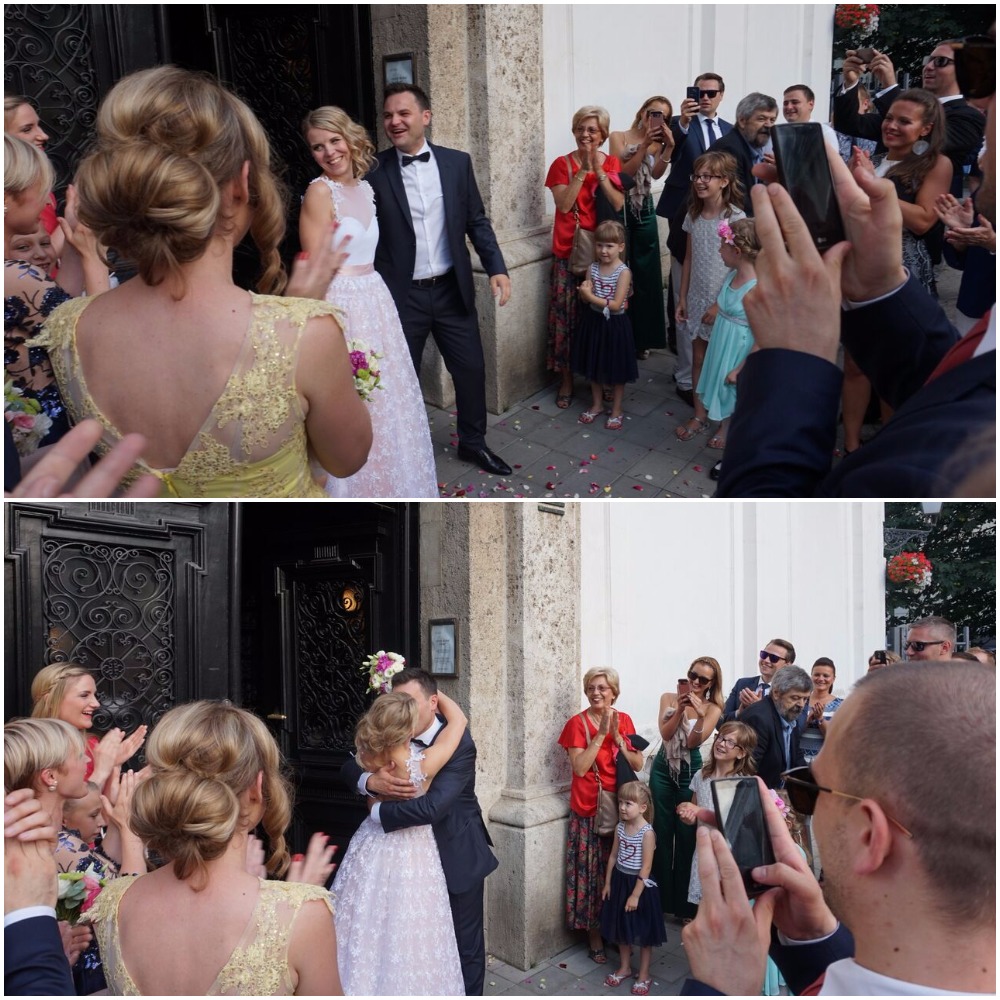 Then we all left the church for the reception!

Sara and Mislav hosted their reception at the Mimara Museum in downtown Zagreb. It’s a cool art museum which had a spacious lobby and reception hall perfect for the event. Sara put the three of us at a table with some of her colleagues at the library in which she works so it was a very “young professional” table.

After Sara and Mislav had their grand entrance, we began the first of SEVEN COURSES!  After the first course, Sara and Mislav had their “first dance” and were soon joined by the majority of guests. Then, a pattern emerged: eat, drink, dance, repeat. Literally, after an hour or two, the live band would cease playing, the colorful lights turned out, the regular lights flashed on, and everyone returned to their tables to eat. The wine flowed, the guests indulged. Then, within 30 minutes or so, the lights turned off, the band retrieved their instruments, and the dancing resumed. This lasted from around 8pm until after 4am.

The food was delicious. My favorite course was actually the first:

I could eat sliced meat and cheese for every meal. Salami and prosciutto aren’t meats I have the pleasure of eating often in India. Pork isn’t very popular. Fancy cheeses seems to be of a new “thing” in Chandigarh but still a rarity for me. Sadly I filled up on the meats in the first round of food and had difficulty eating much of the rest: 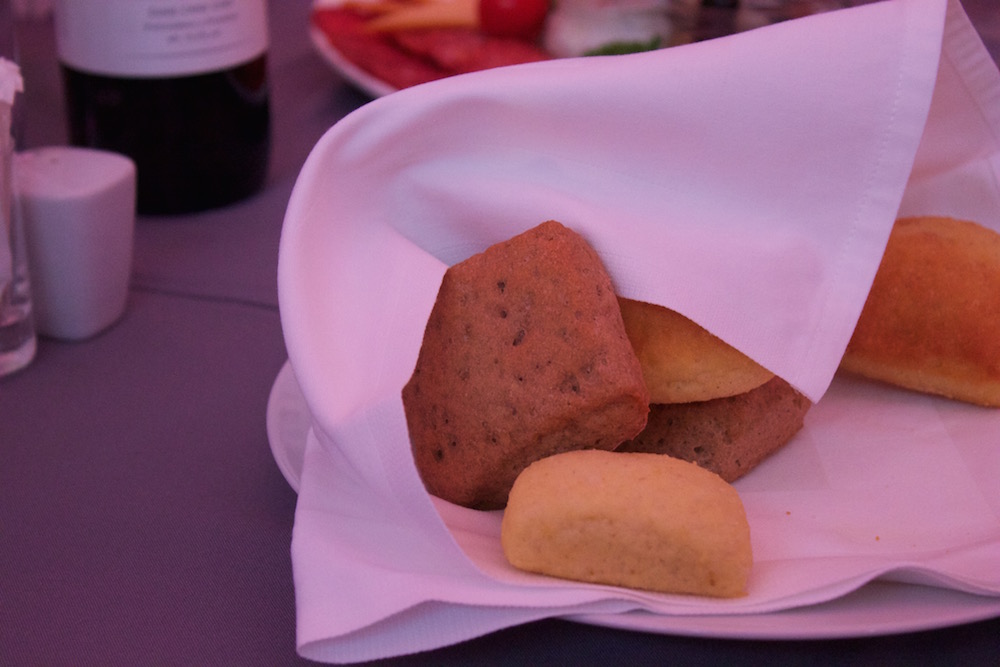 Around 3:30am (approaching 4am) Martina, Lena, and I said our goodbyes to Sara and left for Martina’s apartment. Lena and I both booked ridiculously early flights for that morning so once I got to Zurich for my layover I was extremely sleep-deprived and passed out hard on my flight to Delhi.

To reiterate, as someone who moves almost annually, I cycle through friendships faster than I would like. Most of these people probably have no idea how influential they have been to me or how often I think about them. I credit Budapest with most of who I am today. I don’t throw around the term “life changing” often but those 4 months truly were. I’m so happy with my decision to attend Sara’s wedding. Besides being an amazing party and getting to experience a Croatian wedding, it, more importantly, gave me a great excuse to revisit old friends and reminisce on old Budapest times.