When I lived in Prague back in 2012, I had a Slovak student. He was a pilot for a private jet company and spent his time traveling around the world. He showed me the expensive gifts he bought his wife: a new car, diamond earring, trips to Spain. He had everything. And yet, as it often goes with people who have everything, he was nostalgic for his youth when he had nothing. He talked fondly of his life under Communism.

“I used to go to Bratislava on weekends with a list of items I wanted to buy. If I could find six of ten of those items, I was happy,” he told me. “Now I can buy anything. There are so many options, I never know which is correct.” 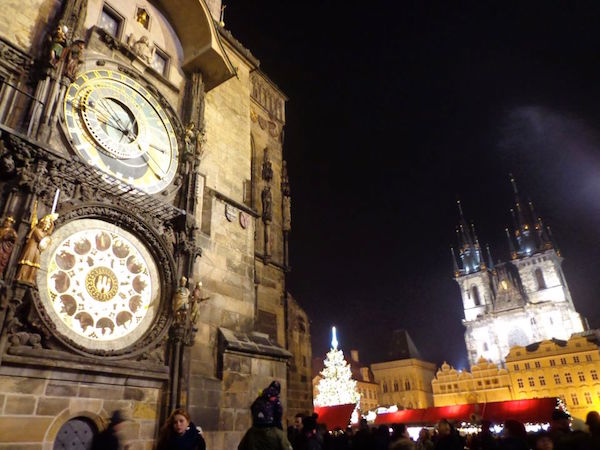 “In the early 90s, after we left Communism, my friend started a car painting company. I went to him for a paint job and he asked me what color I wanted. He brought out a binder of colors. There were 10,000 colors. Ten thousand!” He was incredulous. “Before there were only ten colors: blue, green, white, black, beige….. How could I ever make a decision with 10,000 choices?”

I didn’t completely understand him back when I was 22. At 22, I still saw the world as a series of set pathways and less as a cluster of hundreds of thousands of decisions and opportunities. I had a vision for my life that followed a pretty strict timeline of successes and life milestones.

I arrived in Colombia the first time in June of last year. It was an unexpected decision, fueled partially by the Argentinian winter and partially by my longtime inability to settle down. When I say “settle down,” I don’t only mean a location. I rarely commit 100% to my relationships (romantic and otherwise) and I’m constantly changing my mind about the things I want to do with my life. I spend an exorbitant amount of time trying to maintain my “freedom” and protecting myself from getting too tied down to anything. It’s a bit immature. I’m not sure if it makes me happy or not. Sometimes yes, sometimes no.

When I first arrived in Medellin in June, I felt a bit lonely. I wrote a blog called “Nomadic Blues.” I never posted it but it went something like this:

Pretty much anytime I move, I spend at least a month wondering if I’ve made the correct decision. When I first arrived in Medellin, I worried I had sabotaged my friendships and potential in Argentina. As it turned out, as it always turns out, I had a wonderful experience in Colombia. My Spanish really took off. I met some really incredible people. I felt healthy. I was incredibly happy, perhaps happier than I had been in a long time. 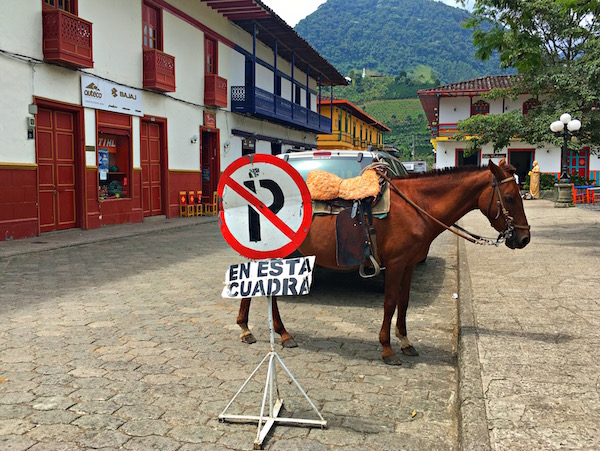 When I left Medellin in September of last year in order to return to Argentina, I wondered the same things: Is this the right decision? Why am I doing this? Why am I leaving what makes me happy due to itchy feet?

Loneliness and the Digital Nomad

I spent the last few months in Argentina, mostly because I had committed to living there before and I didn’t want to wonder, “What if?” What if I had stayed? What if I had returned? I wanted to give the country a second chance and to develop a stronger bond with it. I did. I never fully committed to being there for more than a few months. And it broke my bank account. I was happy in Argentina because of my friends and Damian, but ultimately I just felt like I should return to Medellin, for multiple reasons.

So a few weeks ago, I boarded a plane from Uruguay to Medellin. I’m here now for at least three months. I have an apartment with a lease. It’s beautiful. I’m looking for a gym. I set up an aggressive work schedule for myself. I made a bunch of money my first two weeks here.

I guess part of me hoped that things would be the same as when I left. They aren’t. So I’m faced with a lot of the questions I had when I arrived here back in June. As someone who can go anywhere and do just about anything, I spend a lot of time fretting over my decisions. It’s pretty much the best problem to have— too many opportunities. Please be clear I realize how privileged that is and understand how complaining about it comes across….

Yet moving around can be really lonely. Usually, it’s a good thing. Loneliness drives you to put yourself out there in different situations, to meet new people, and to have new experiences. Without loneliness, I wouldn’t have met most of the people I have met in my life. I wouldn’t feel so confident and independent. I’ve done this a hundred times, I can do it again. It passes quite quickly, usually.

But when I’m back in that “new” place, part of me always feels like fleeing to something familiar—going back to the U.S. or India. But I know, in the long run, that won’t make me happy. After all, coming back to Medellin was, in a way, me attempting to return to something familiar. But sometimes I think we use places as excuses for times in our life. I returned to Medellin but I can’t return to how my life was six months ago. I can return to India but it won’t be how it was a year ago.

There isn’t much of a conclusion to this, just that I hope in 2018 I can create a better vision for how I want the next few years to go in terms of relationships, work, and traveling. Right now I am nearly 100% remote. I’m tied only to a sure and stable wifi connection. However, I think in the next few months I’d like to have more of a reason to stay somewhere than just wifi. Here’s to building more concrete roots— in Colombia or elsewhere— in 2018.