My relationship living in Argentina was a strange one. I had had a plan: arrive in April of 2017 and live in Buenos Aires for at least a year working remotely. As you probably know, I ran off to Colombia for the Argentinian winter (June, July, August, most of September). When I returned, I had plans to see considerable more of Argentina than I did.  Out of all the places I have lived, I dare say I may have done Argentina “worse” than almost anywhere else. 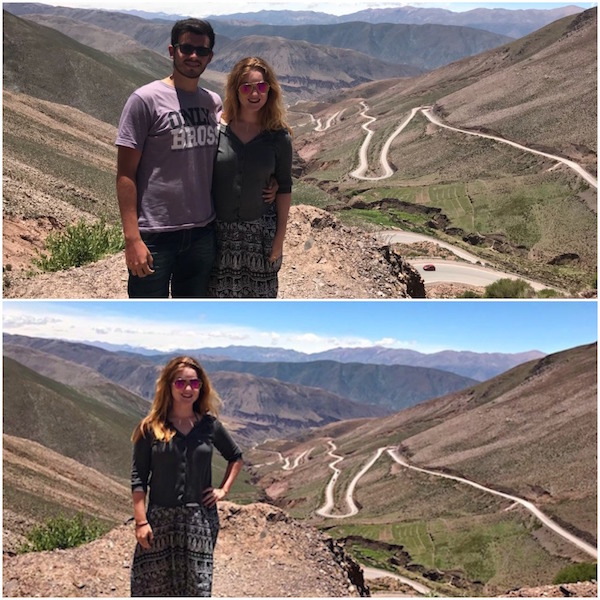 However, in my last month, I did get the opportunity to see the north of the country. Damian had quit his job to travel and we spent about a week in Salta and Cafayate. He suggested we see the salt flats (salinas grandes) near the city of Jujuy (pronounced Hoo-Hoo-wee).

Usually, I despise tours and avoid them at all costs. For me, the point of traveling is the freedom to take my time in a place and truly absorb it. However, sometimes time and logistics just make tours easier. 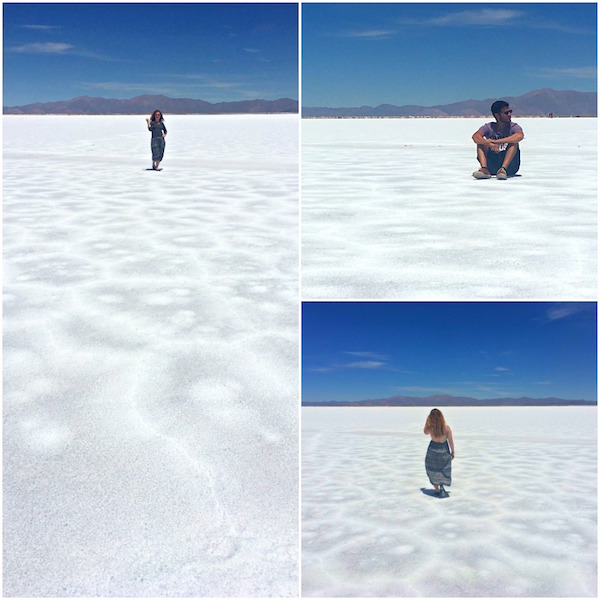 We did a day tour with Nordic Travel for about $70 each from Salta for an eight-hour tour. First, the bus took us the four hours from Salta and up into the foothills of the Sierras de Córdoba mountain range.

It’s rare to see terrain this alien. It almost looks like snow from afar. The sun made photos (and opening your eyes without sunglasses) difficult but we managed. 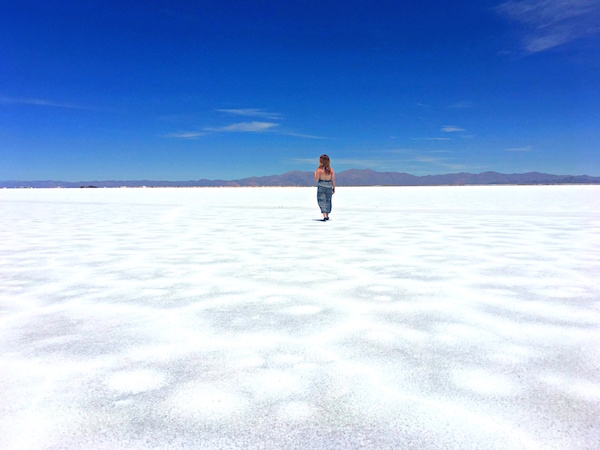 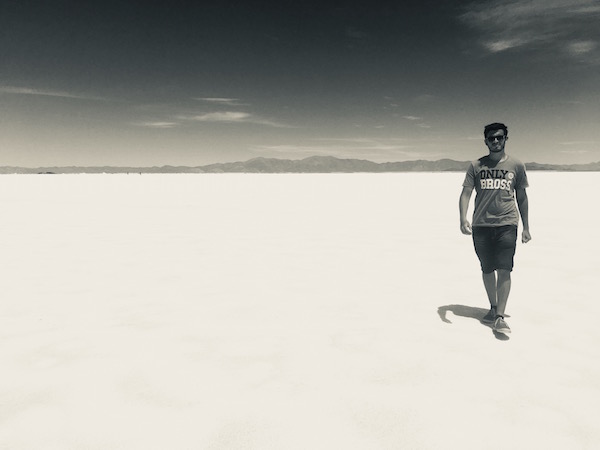 After the salt flats, we took the bus back down the mountain to Purmamarca, a town in the Jujuy province. It’s famous for Cerro  de los siete colores,  the seven-colored mountain, looming over it.

Purmamarca was a good reminder why I don’t like tours. I found the little town extraordinarily charming. It was very small, mostly just a main square packed with vendors, a number of little restaurants and churches, and the mountains. I really wish I could have spent more time there.

Overall, I’d say my week in the north was one of the best things I did in Argentina. Buenos Aires is an interesting city to live in, but it’s not the best city for tourists. Likewise, I didn’t find Bariloche or Mendoza nearly as interesting as Cafayate or the Jujuy province. 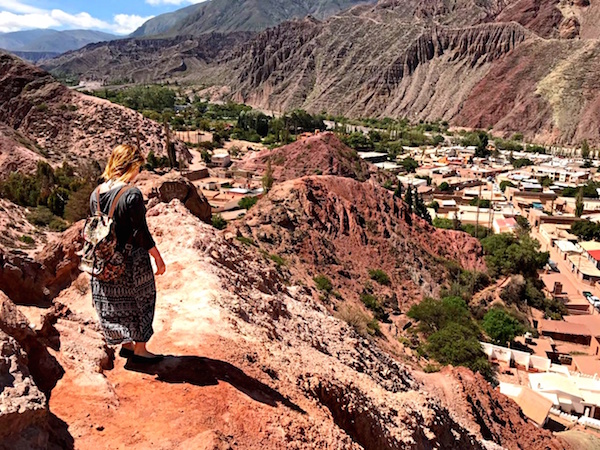 A great way to spend my last days in Argentina! If you have a chance, I’d recommend going to Purmarca and taking the bus to the salt flats from there or renting a car and doing it all yourself. The price is about the same.