Skip to Content
Home Asia China Moving On from China

Two weeks ago, my friends loaded up three boxes and a suitcase packed with all my possessions and locked the door to my little Beijing nook for the last time.

It’s weird moving out of your home and not being there to say goodbye. But when that moment comes after paying 6 months’ rent for an apartment you’ve never step foot in for all 2020,  nostalgia takes a backseat to your bank account.

Giving up my apartment makes leaving China feel quite official. I do plan to go back for a visit eventually to get my stuff and see my friends, but otherwise, I’m done.

A year ago, I quite spontaneously decided to stay in China for another year in my China 2.0 experiment. At the time, it felt right. I was just starting to like Beijing. I was developing a really solid group of friends. I finally had the free time to get to know the city. I plan to write a separate blog celebrating the wonderful time I had in China, and all the things I grew to love. 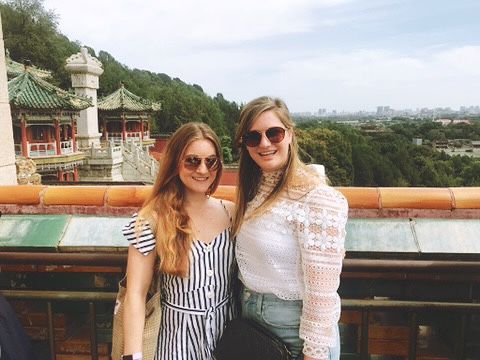 I liked living in Beijing, despite a rocky start. But when someone recently asked me if I liked Beijing, I couldn’t give a straight yes. In many ways, Beijing is not congruent with my lifestyle. When he asked why not, I realized I had quite a hefty list.

So in the spirit of officially moving on from Beijing, here are 9 reasons it was time for me to go:

I’m a freelancer and all my work is online. Most of the platforms I use (Skype, Teamwork, WeChat) aren’t blocked by the government, yet the connection was terrible. I struggled to take online language classes because my connection was always dropping out. I sometimes wasted 20-30 minutes just fiddling with my VPN in order to watch Netflix or check my email. Facebook and Instagram became obsolete.

It wasn’t just my connection. This happened with my data as well. The office wifi was far worse than mine. After leaving, I’ve had zero problems. But even recently, working out with the girls on Zoom or teaming up with friends to watch Ru Paul’s Drag Race, it’s those people in China who struggle to keep a smooth connection.

Honestly, I just don’t have time for it. Life is too short for slow internet and I felt I wasn’t exploring all my freelance options because I couldn’t trust a stable internet connection.

2. The Cost of Living 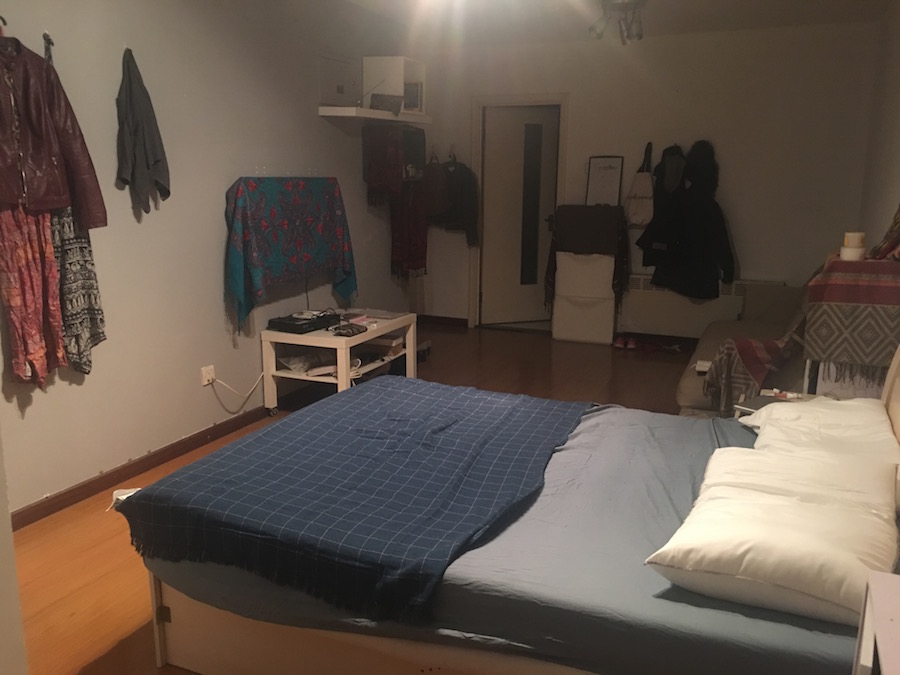 Beijing is expensive. It doesn’t have to be if you go live at the end of the subway line and only eat baozi, but I don’t want to do that. In Malaysia, my full-serve luxury studio highrise with a gym, pool, and koi pond is nearly half the price of my dingy Beijing studio with a window that didn’t open and a bathroom that smelled like sewage. If I’m not going to save my money, it’s going to be because I am living lavishly. 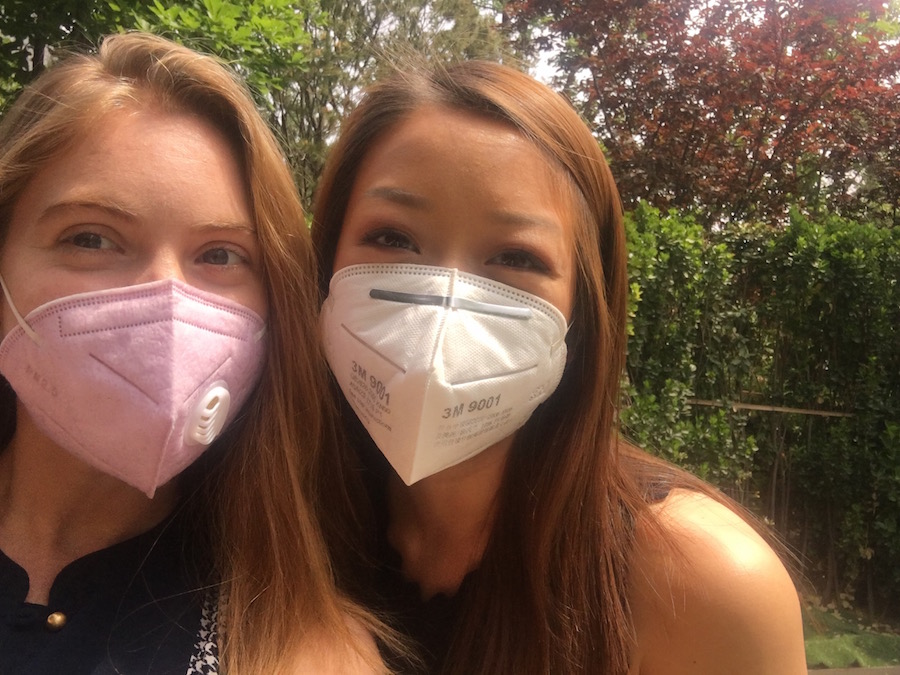 A few weeks ago all my friends in Beijing were posting the same videos. It was 4 pm in the afternoon, and the sky was black. I mean pitch black. Without any context, you’d assume it was the middle of the night. It lasted for a few minutes before the sky turned eerily green.

Welcome to the most polluted city in the world! Corona mask-wearing was easy because, in Beijing, we wore masks regularly due to air pollution. Buildings are installed with air purifiers. I have an app on my phone to tell me the risk level.

On a clear Beijing morning from the 27th floor, I could see the lines in the mountains outside of Beijing. On a polluted day, I literally could not see the building across the street.

My issue was that people will sit in the stalls and play on their phones. Many employees don’t get proper breaks so they hide in the bathrooms.

There is nothing more frustrating than missing 8 minutes of your 45-minute workout because you are waiting for people to stop playing on their phones in the shared bathroom down the hall. Nearly every day, I had to go to a different floor in my office or gym because people were hiding in the stalls.

I’ve never experienced a more shallow and superficial dating scene than in Beijing. Sure, getting rooftop cocktails with a German businessman one night and sharing pizza with a government officer from Ghana the next was really exciting, but it was difficult to build a real relationship. The hook-up culture is too prominent and everyone is either just arriving and looking for fun or on their way out for good. No one is trying to settle down in Beijing. 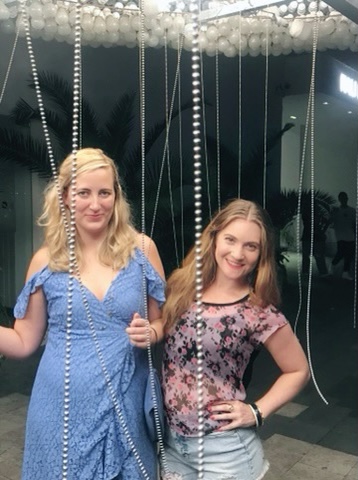 Why not date Chinese guys?

Common question. I went on a few dates. But the number of locals who spoke enough English for a relationship was much lower in Beijing than in other capital cities, and I didn’t feel the average Chinese guy was that into me. The ones I did go out with I just didn’t have much in common with.

It was a fun year plus of dating around, I met some interesting characters, but I quickly got bored and wasn’t finding anything meaningful.

My Chinese friends were great. Other people were fine, but I always felt it was fair-weathered.

For example, coronavirus started IN CHINA and yet the narrative quickly changed it to “foreigners are bringing it in from abroad” (even though China closed its borders to foreigners in March).

The “nice” building security suddenly didn’t want to let my friends into my building because they were foreigners (despite them having been in China this whole time) and another friend traveling in other parts of China was scolded by Chinese people on the street for bringing in coronavirus (again, the borders have been closed for months).

I always got the sense that the government could change sentiments in a heartbeat.

People spit on the sidewalk constantly here. Even worse than the sight is the sound. It’s not a dainty little spit. It’s a full guttural, back-of-the-throat hawking. I’ve never seen anything like this in any other country I’ve visited. In the winter, you can see the spit frozen on the sidewalk. 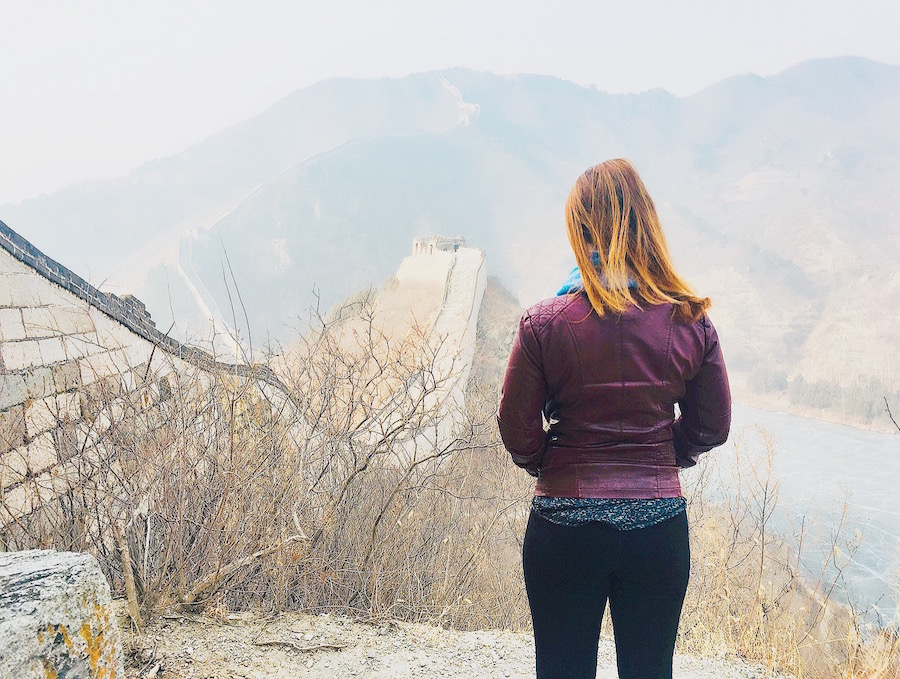 I can’t put my finger on this, but I noticed it every time I boarded a plane back to China. I’d get to the airport, go through security, get to my gate, and feel dread. I wanted to see my friends, work out in my gym, hang out in my favorite spots, but part of me also wanted to stay in New York or Vietnam or Thailand or India or wherever I was flying from.

I had planned to stay in Beijing until September 2020. But circumstances dictated otherwise. Unable to return to China due to coronavirus, I’m feeling quite good about my decision to leave early.

Once again, there were a lot of things I loved about China. I loved my life in Beijing. But for now, Kuala Lumpur is really stealing my heart.