I’ve lived in a lot of places in my 20s: Hungary, Czech Republic, Argentina, Vietnam, Colombia… Sometimes I’m not even really sure which countries to count because I’ve had to really question what “to live” in a place means. Do I count the two months I studied in Lebanon? After all, I never got a student visa. Or the three months I worked in Italy? Are you “living” in Italy if you have a job but don’t stay in the same city for more than two weeks?

But anyone who has talked to me more than four minutes has probably heard me mention the one place that really took hold and I can’t shake loose:

While I want to bear my soul in blog form about all the feelings I had going back, I’ll take things chronologically.

This blog is divided into three parts:

Arriving in Delhi + The Andaman Islands 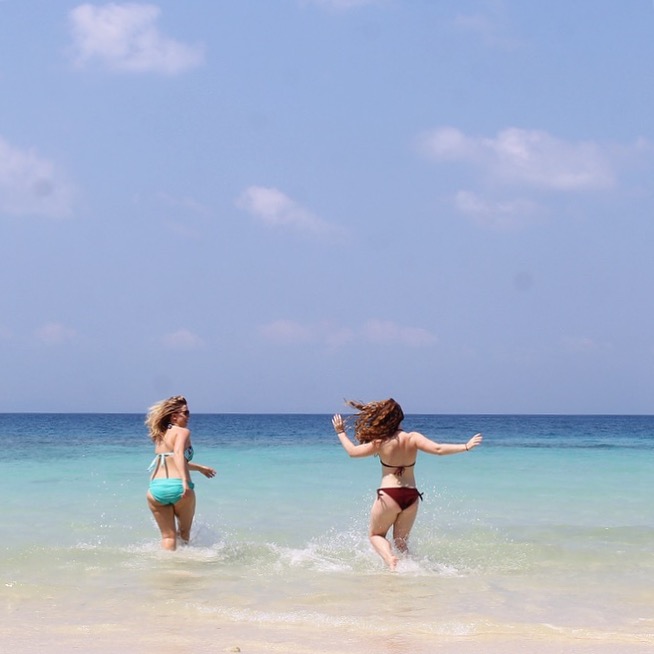 In China, the first week of Chunjie (Chinese New Year) is a public holiday. That means my company is required by law to give its employees the week off. Since my friend from North Carolina, Kelly, was planning to quit her job around that time, we decided to plan a vacation together.

Around then, my friend Pranav in India messaged me. All he needed to say was, “Hello. Guess what?” and I knew he was getting married. “February 19th,” he said. So, we had our destination: India.

Sitting at my gate at the Beijing Airport the evening of my flight, surrounded by Punjabis, I felt a sense of belonging I definitely don’t deserve as a non-Indian. Regardless, it felt like it was time to go back. I can’t remember the last time I was so excited about going somewhere.

Returning India after 2 years was just as surreal as I had expected. I felt an intense need to soak everything up. Kelly and I met in the airport at 2 am (I, from Beijing. She, from the US). In our middle-of-the-night taxi to our hostel, I watched the men on the side of a garbage-littered street selling cigarettes and little packs of mouth fresheners to no one in particular and felt my first wave of nostalgia. It was a scene I’d become so familiar with while living in India, and one I’ve never seen outside the subcontinent.

The first day in New Delhi consisted of a “retracing of steps.” I took Kelly to Old Delhi to Karim’s, a famous restaurant known for their meat dishes. One of my colleagues took my team back in August 2015 and Rohit took me the day I left to return to the U.S. in February 2017 (exactly 2 years before).

We walked through bustling streets, through tiny alleys where men sat on concrete floors bundling papers and waved to us through open windows. We dodged auto rickshaws and motorcycles and both got groped more times than we wish to share. 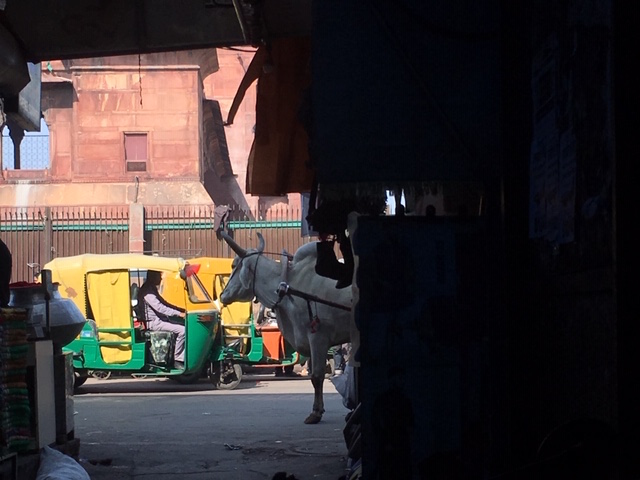 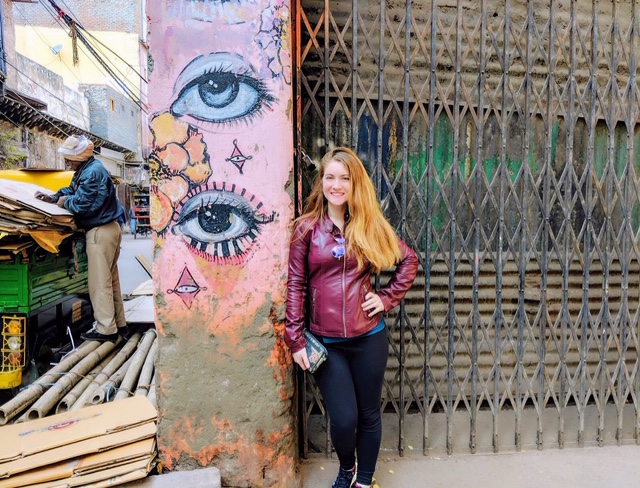 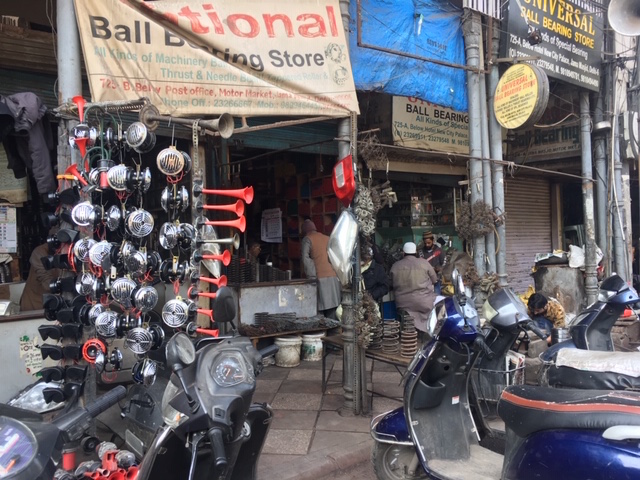 We bought silk scarves and went to Jama Masjid where herds of children ran over to ask for our picture. 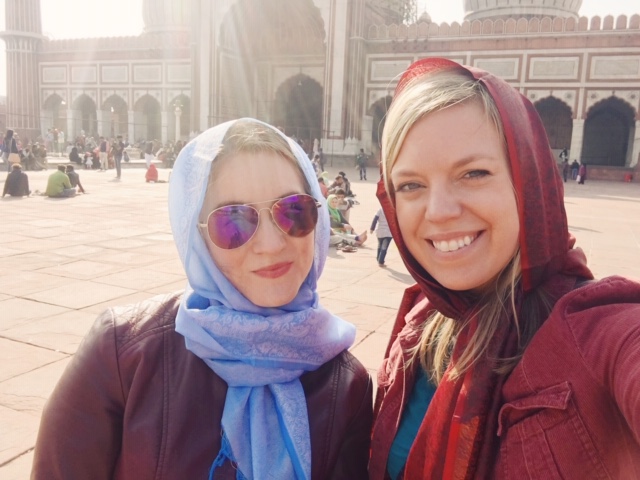 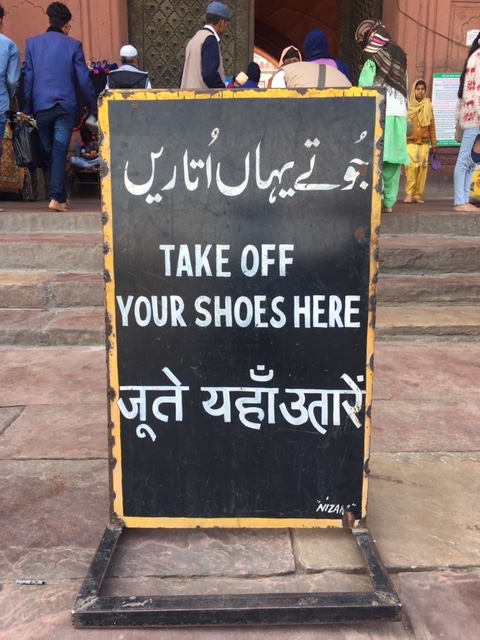 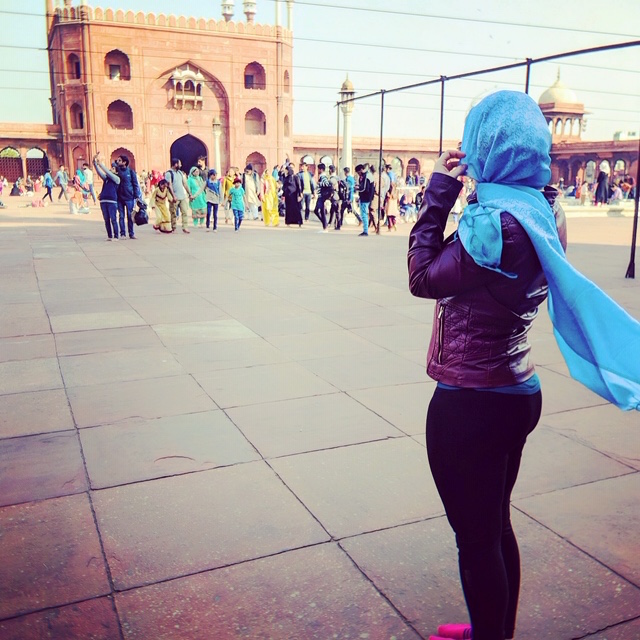 We even met up with a former colleague of mine from the Haryana Government at Odeon Social, the bar where I had my very last drink in India back in 2017 with Rohit. The drink, a “Baranasi Patiala” is a large amount of alcohol mixed with sugarcane juice. I had two more that night. Fair to say Kelly and I were slightly tipsy.

We only spent one day in New Delhi. Both of us still wanting some beach vacation, we flew to the Andaman Islands, located in the Bay of Bengal. These islands had been on my Indian Bucket List back in 2015-2016 but I never made the three-hour flight from Delhi out there. 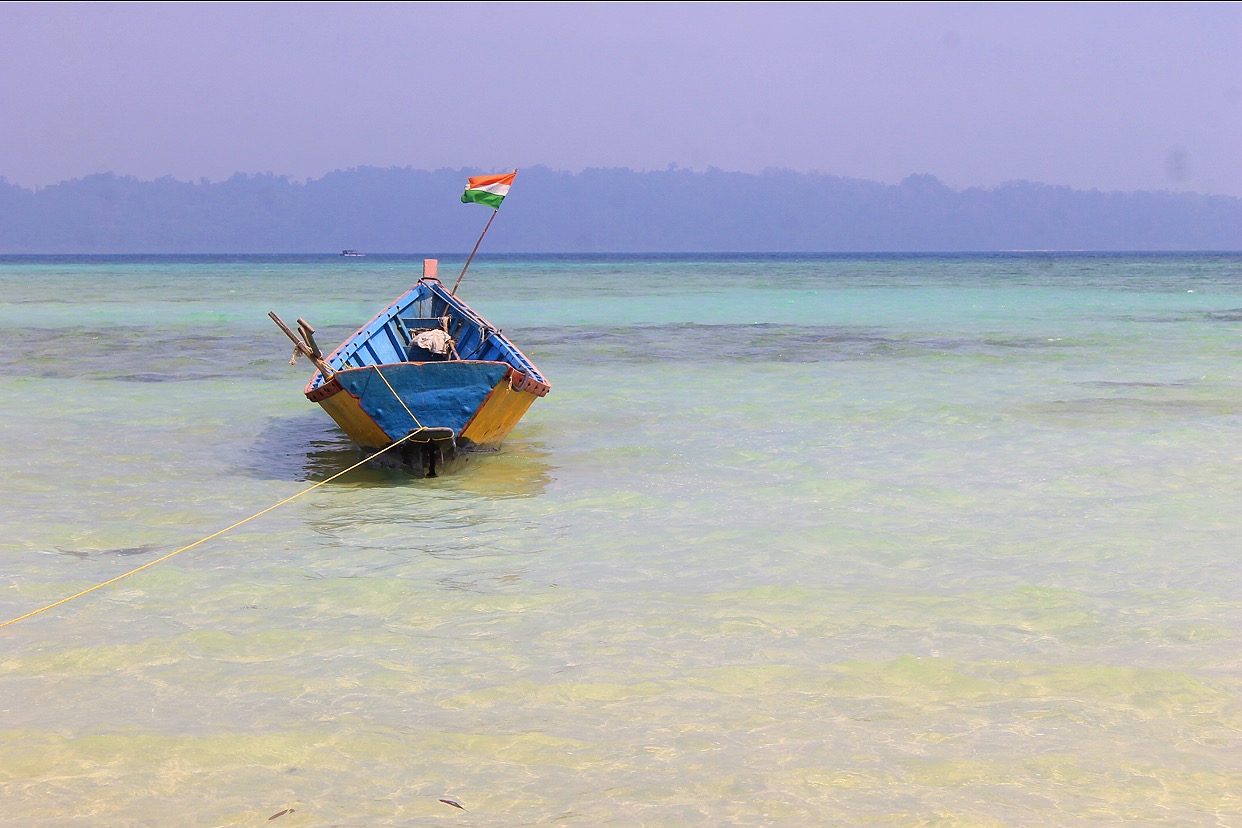 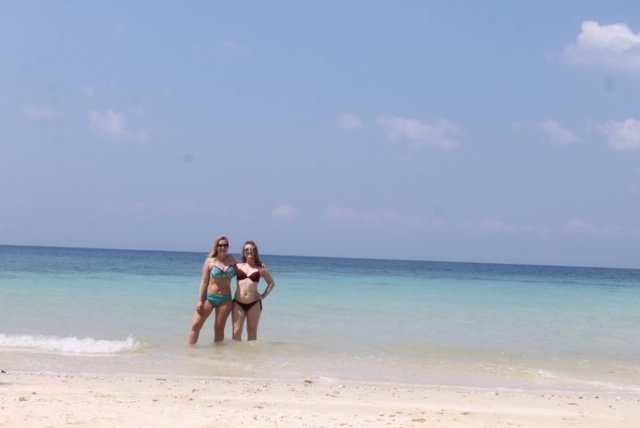 While we had a lot of plans for activities we hoped to do on the islands, India being India makes it hard to use all your time efficiently (i.e. we spent a few hours waiting in line just to buy a ticket for a ferry to another island). Regardless, the overall experience was beautiful.

There weren’t many foreigners on the islands; the majority of tourists are Indian honeymooners and families. I don’t want to typecast, but it seems many of the Indians I know don’t swim. Also, bikinis aren’t the norm for Indian women. I wasn’t sure about running around in a two-piece, but I soon discovered vast areas of unoccupied white sand beaches for my running and burpee routine in the early mornings or laying out. 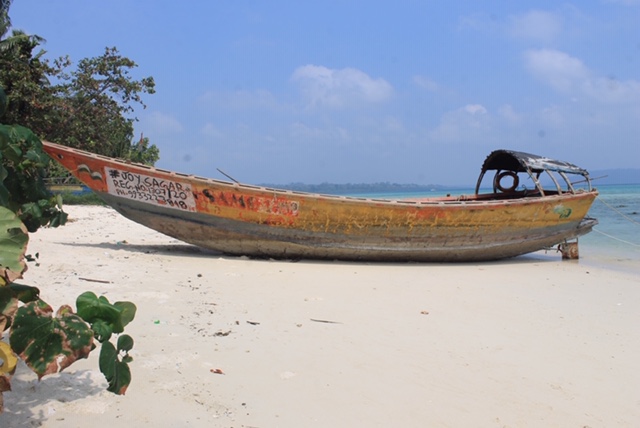 On the islands, there is no internet. The water is crystal blue and the weather is perfect. One day I explored large stretches of beach; Kelly and I played on the low-hanging branches of trees and on a rope swing over the water. 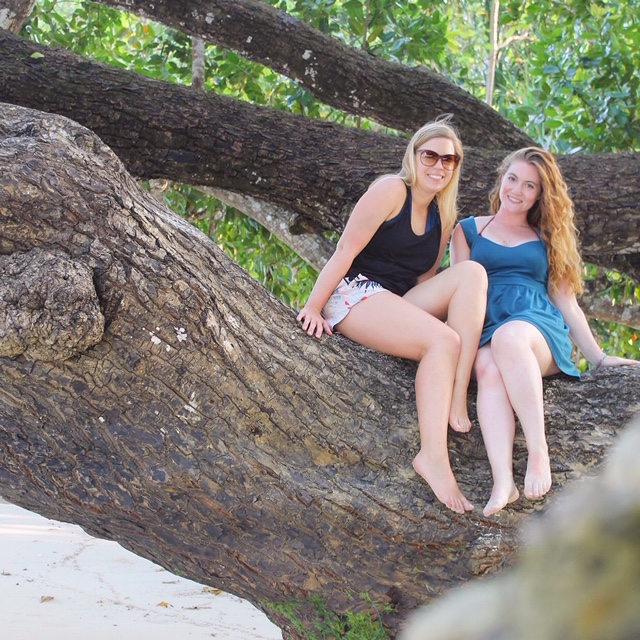 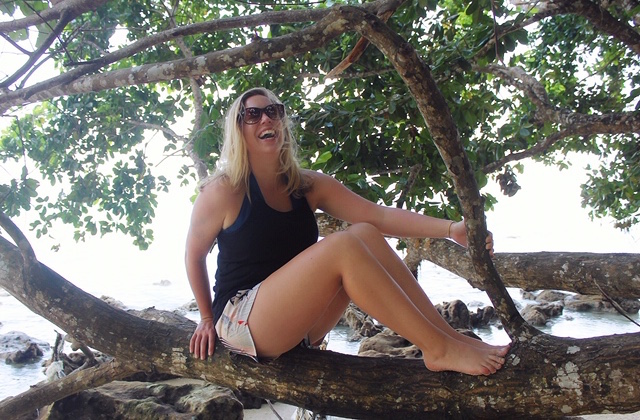 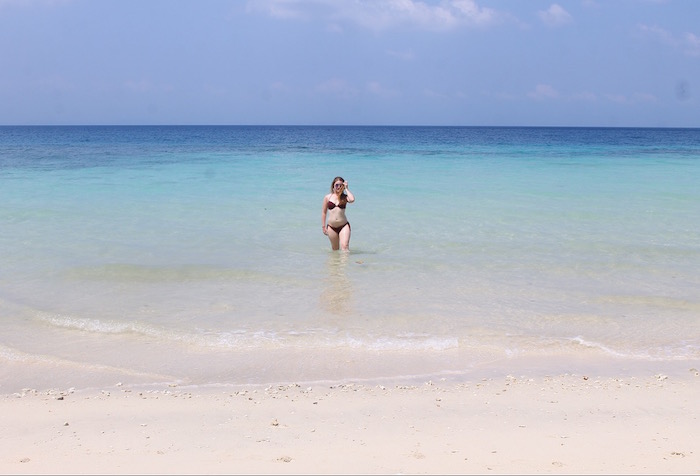 Another day we hiked through the jungle to “elephant beach” and enjoyed the beautiful weather. We didn’t see any elephants, but we did see its tracks in the mud! 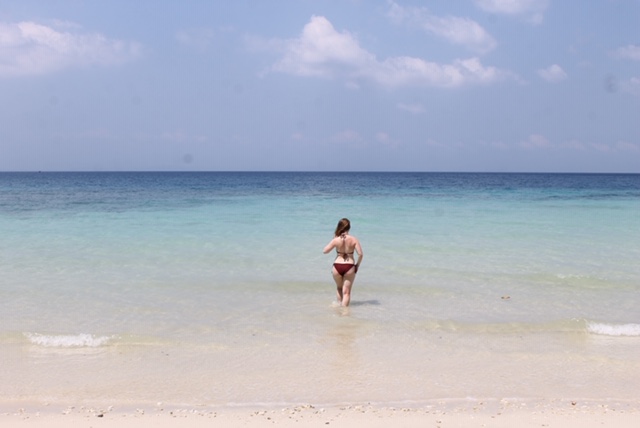 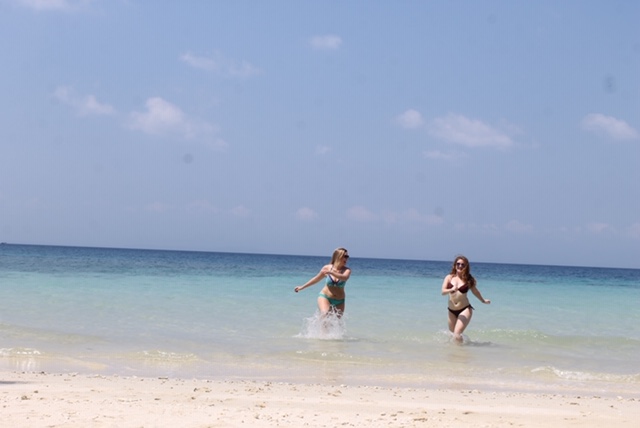 Of course, India loves to throw me curve balls. A week before, I had been on strong medication and was warned not to go in the sun. I had stopped the medication in China, but then I got strep throat and was on antibiotics. Somehow, this combination + sun caused a really bad allergic reaction. I ended up with a terrible burn by the end of the beach trip which has since turned into a terrible rash (persisting 3 weeks and requiring the work of multiple Chinese doctors).

All is fair in love and sunshine. 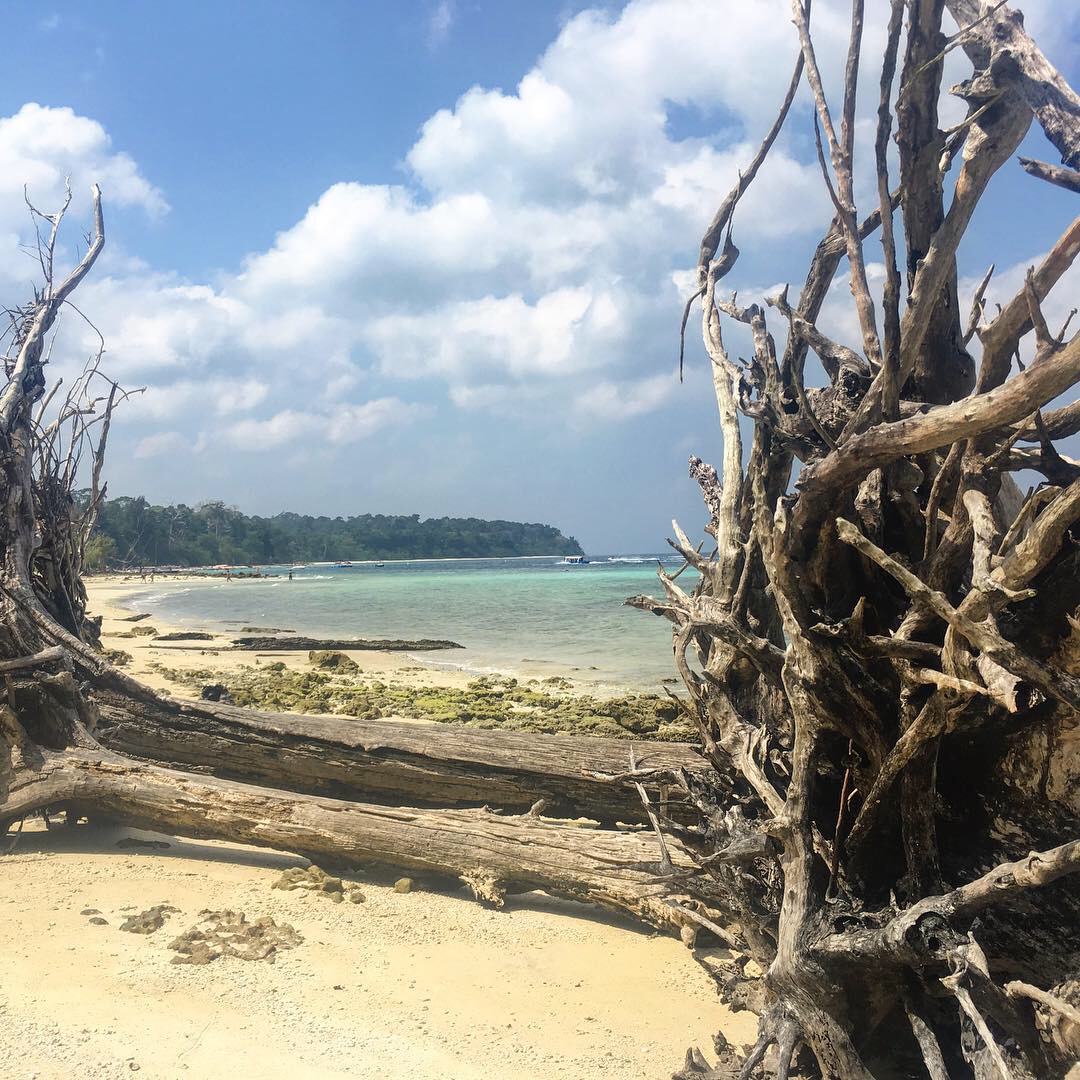 Neither the strep nor the burn ruined any part of the trip, and it was so much fun sharing the islands with a childhood friend. On the ferry back to the main island, I sat on the deck and watched the white foam swirling in the black water and thought a lot about everything that happened during my stint in Chandigarh and how much (and how little) has changed since I left.

Up Next: Gwen returns to Chandigarh and has a lot of feelings