I think it’s time to invent a new word. There’s a phenomenon I’ve experienced a few, poignant times in my life and I lack a way to sum up the experience. The first time I ever felt it was when I got off the train in Budapest a year after I studied abroad there. How many nights had I dreamed about Budapest since I had left? How many days did I shut myself in my room? My social life at UNC which had once seemed so diverse, exciting, and stimulating, had suddenly felt so small. All I wanted was to return to Hungary. So when I walked down the rows of Art Nouveau and Baroque buildings, I felt so happy that everything was the same. It was like returning home to see everything is just as you left it. And yet, I felt really sad because it wasn’t the same. I could move back, but the experience would be different. The city was still there, but the moment had passed.

Is there a word for this? Because it smacked me in the face at 1 am as our bus barreled into the outskirts of Chandigarh. As I started recognizing road signs and as we sped through markets, it felt simultaneously calming and exhilarating.

Chandigarh. Chandigarh is a small city about 4.5 hours north of Delhi. It’s the dual capital of two states- Haryana and Punjab- and the place I lived for a year and a half.

I went to India in August of 2015, accepting a 1-year contract with an organization hiring recent grads and throwing them into some of India’s toughest public policy issues. I was fresh out of graduate school and completely unsure what I was doing with my life. However, being 25 with a Master’s degree, I felt very strongly that I should know what I was doing. I also felt very strongly that the identity I had developed for myself- positive, happy, fun, unafraid, confident- needed to be flaunted and shown to everyone I met immediately.

In short, I had something to prove.

As we can all imagine, this didn’t go so well.

India isn’t a place for people trying to prove themselves because India is going to win. But it’s a great place for all your values, behaviors, and ideas to be turned upside down and tested.

When I arrived in India in 2015, I was sad and insecure, but I was in a comfortable place of aggressive denial. I refused to admit to myself just how sad and insecure I was. When I finally left in February 2017, I can’t say I wasn’t void of the confusion which plagues your 20s, but I dare say I was a better person overall. My values and objectives had been significantly reshaped. Living in India was by far the most rewarding and challenging experience I’ve ever had. Chandigarh was devoid of foreigners. Flashy blonde hair invited dozens of unabashed stares in the market and seemed to beg for strangers to approach me with unwarranted (and usually quite bad) advice.

But I also changed many of my ideas about work, friendship, dating, family, and privilege. In the end, I got on the plane from New Delhi after a year and a half a much more mature person.

Our bus from Delhi was horribly late. We were supposed to arrive at 10:00 pm but didn’t arrive until after 1 am. Kelly and I hadn’t eaten anything substantial in over 12 hours, I’m venturing a guess that Kelly was in a bad mood due to the bus trying to make up for lost time, careening around cars, nearly hitting a cow on the highway, and honking violently every 2-3 minutes. And it was pouring rain.

None of this bothered me. What bothered me was how bad I was going to look before seeing Rohit.

For months, I had pictured what it would be like to see my ex-boyfriend for the first time in 2 years. Sopping wet, hair messy, exhausted, and bogged down by bags wasn’t really what I had hoped for, and yet, I shouldn’t have been surprised. This is India. You don’t plan for things. Things just sort of happen.

Maybe it’s a bit weird to meet up with your ex in the city you guys had a relationship in 2 years later. I thought about where this situation fell on the weirdness scale a few times, but then just decided not to think about it anymore. We ended the relationship on very good terms, and continued a healthy amount of communication. In the end, we decided to meet up a few days before the wedding to revisit Chandigarh.

It was really good to see Rohit again. It didn’t really feel like it had been 2 years. It felt more like I had just been on an extended holiday or something. He also had butter chicken, naan, and a bottle of whiskey ready for us when we arrived. Clearly, he paid good attention to my basic needs when we were dating. As he doesn’t like me blogging about him, I’ll limit our rendezvous to this.

The next few days were good for reflection. As I walked around my market, returned to my old house, and visited the places I frequented so many times, I kept thinking how crazy it was that I had lived there for so long. I almost couldn’t believe it.

Kelly and I did a lot of dress shopping for the wedding the first day. 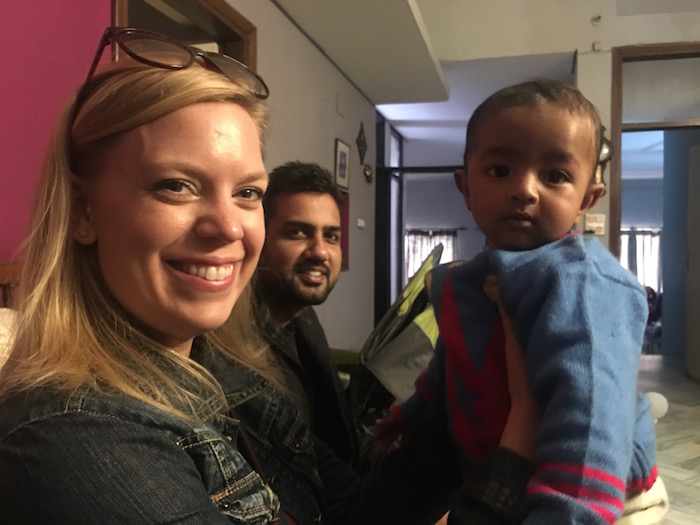 I was also touched that my pani puri wala remembered Rohit and me. 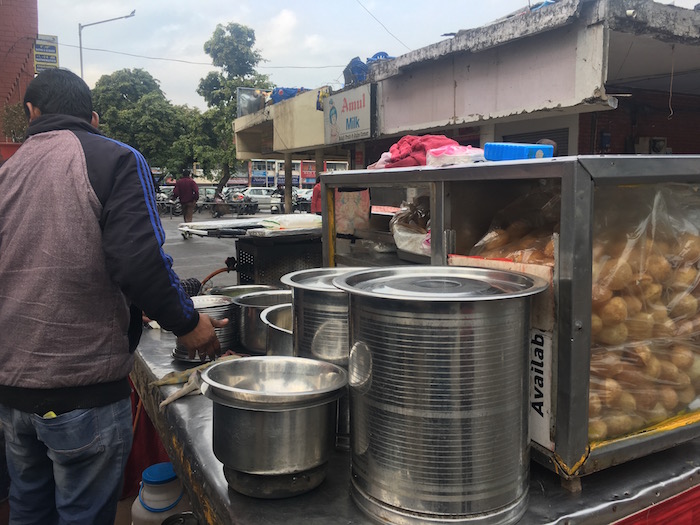 The second day, I demanded to finally see the hand statue that is the symbol of the city. Finding it was harder than I expected. A military guard at the government building where the hand is located told us we needed to go with a tour group or get a pass but the tourism office suggested we simply bypass this by walking down the road a bit. Once again, guards stopped us because the hand is in the government building complex. I asked some ladies at the parking garage and they showed us how we could simply walk through the garage and up a wall and see the hand without a pass. 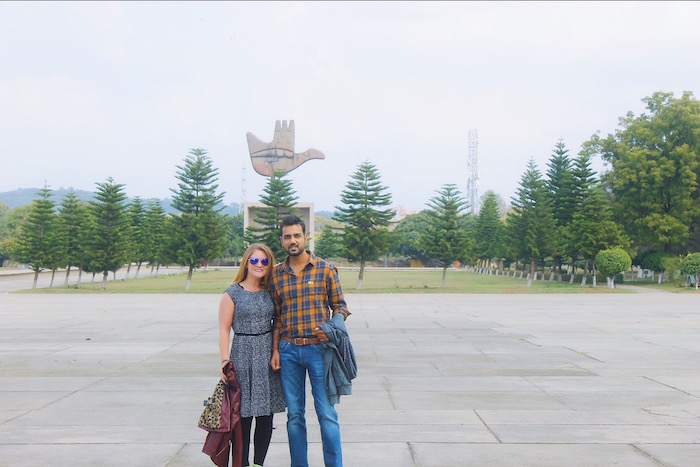 India, where everything is legal until you ask permission.

I took Kelly to the rock garden which is a combination of the weirdest and most boring tourism site on the planet. And yet I’ve been about 8 times and find its weirdness partly fascinating. We spend a lot of time making jokes. It’s the hardest I’ve laughed in a long time.

I wish I had had a day or two more. We were doing a lot while we were there, but what I really wanted was to just sit on my balcony at my old apartment with a chai and think. Going back reminded me a lot of what it was about India I loved in the first places. But it also reminded me why I left.

The last two years have been a whirlwind of entrepreneurship, writing, learning new languages exploring new places, and finding out what I need in my life to be happy and healthy. I’ve spent a lot of time thinking of who I was when I arrived in India, who I was when I left, and who I am now. I’m 100% sure I wouldn’t be where I am now if I hadn’t lived there.

When you grow that much in a place, there’s a feeling of indebtedness. I don’t think I have anything to offer India to show my gratitude, other than just simply loving it from afar. Despite its problems, I try to take the time to stick up for it when people sneer at things like arranged marriage or New Delhi’s dirty streets or “Indian men.” I tell them about how arranged marriage works (balancing between the many very happy couples I know versus the issues in rural and conservative villages); I tell them about progressive initiatives to cut down plastic use; I tell them about the wonderful Indian man I dated for a year and a half and all his very gentlemanly friends.

India is a strange place for me because it feels so important but I never felt I really fit in. I spent so long trying to understand India but when I left, I felt most of the people I got to know there never really understood me.  Maybe that’s okay, because it took me nearly 2 years, and a 75,000-word book manuscript to wrap my head around what it means to feel like you belong somewhere where you’ll never truly fit.

Here’s to homecomings of strange natures.