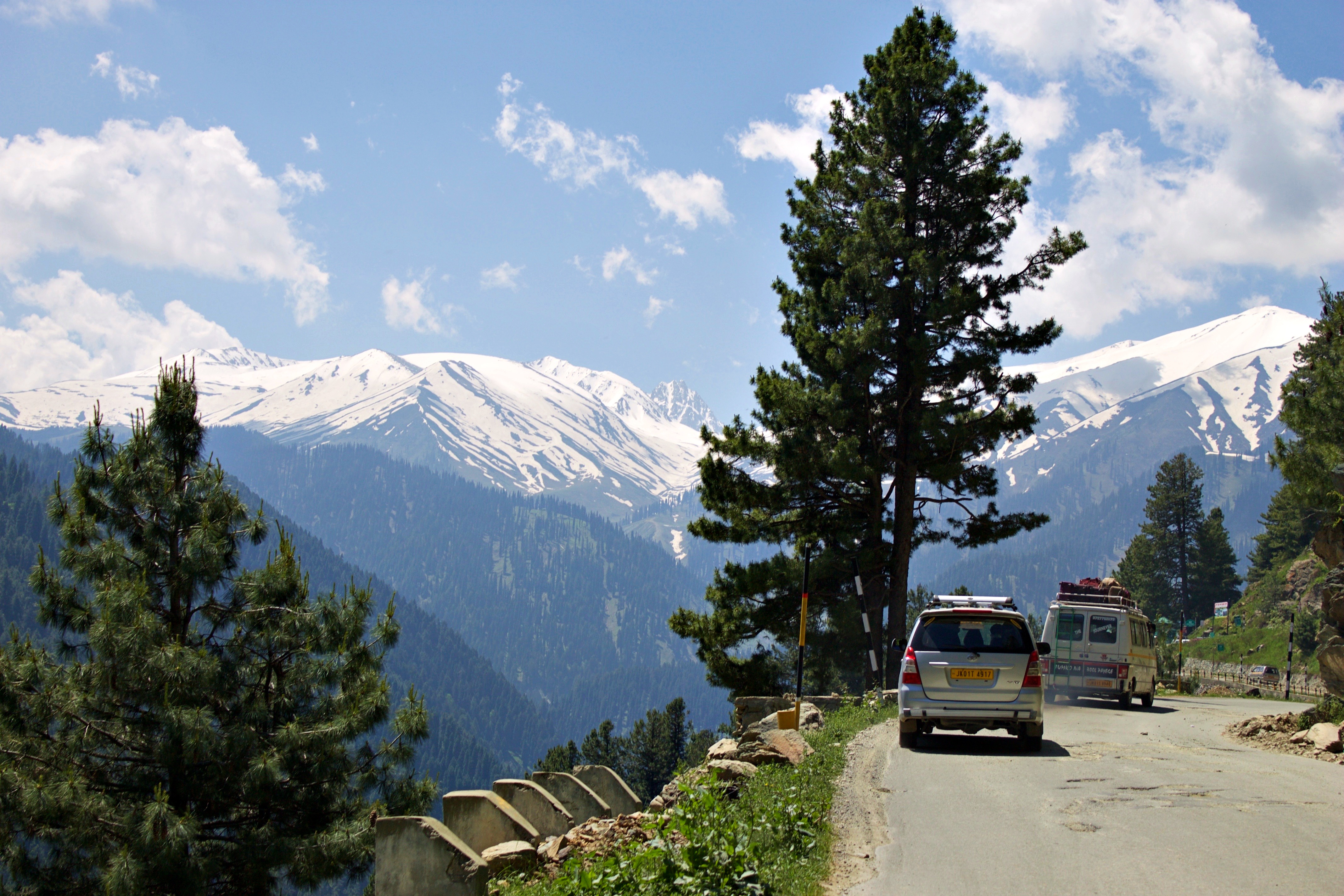 Recently, my friends at Offroads India organized a trip to Kashmir which I decided to sit out due to a number of reasons (mostly that it would be during my birthday weekend). Feeling slightly jealous of their upcoming travels, I decided instead to tag along for 5 days with three American girls working for IIC.

We stayed in Sri Nagar and took day trips around the region. On the fourth day, we visited Gulmarg, a popular skiing destination and home to one of the highest “gondolas” (ski lifts) in the world reaching 3,979 meters.

When we arrived we were bombarded by people offering us guides for hire, horse rides to the gondola, and trying to tell us we needed to rent boots and jackets in order to ascend which we declined. The walk from the parking lot to the ticket counter was only about 1km, 20 minutes of walking, or 500 young men pushing each other over in an attempt to sell us a variety of unnecessary accessories to our trip.

The line to the building housing the gondola, on the other hand, was something I’ve never seen before (even in India.) I actually have no idea why I didn’t take any photos. Basically the line from the building wrapped around buildings and cars for about 100 meters. Outside, people were selling drinks and snacks and there was a bathroom, so it wasn’t terrible except that I got sunburn and we were literally in line for two hours (we timed it).

Finally we arrived at the building only to realize there are two floors, each with a line surrounding the interior. So we wait another hour inside. After about 30 minutes waiting on the first floor, the guards cut the line at the door to the building. They refused any more people to enter the building, even though they had tickets and had waited for two hours. Luckily we were already inside. Yet after the guards tried to lock the doors and shoo away the line, a mini riot broke out. People began trying to push their way inside, yelling some things in Hindi, and even breaking the glass of the doors. This did not bode well for my PTSD.

Around this point we reached the second floor so I didn’t get to see how long it took to calm the angry line-standers denied entry.

As this is India, people started to cut the line. This was met with a full on witch hunt. Anytime someone cut the line they were publicly shamed. Multiple times inside this building, people would suddenly burst into yelling and 6 or 7 families would begin pointing their fingers at the individual or group. They made such a ruckus that the guard would come to investigate. Once a woman was actually escorted out. When a family cut in front of us they were publicly shamed but not removed. I actually started worrying they would begin pointing their fingers at us and accusing us of line-cutting simply out of sheer boredom. But it seems the witch hunt was reserved for actual rule-breakers, and not American tourists.

Honestly, the dynamics were fascinating. And a better story than trying to describe the serene beauty of untouched nature that resulted from our wait (which, luckily, can be understood through the pictures).

Finally our turn arrived to enter the gondola so Kathy, Priya, and I jumped into the front of the moving lift while Kelsey and two unknown Indian guys jumped into the back. On the ride up there was a stunning view of the mountains and cute little farm houses below. 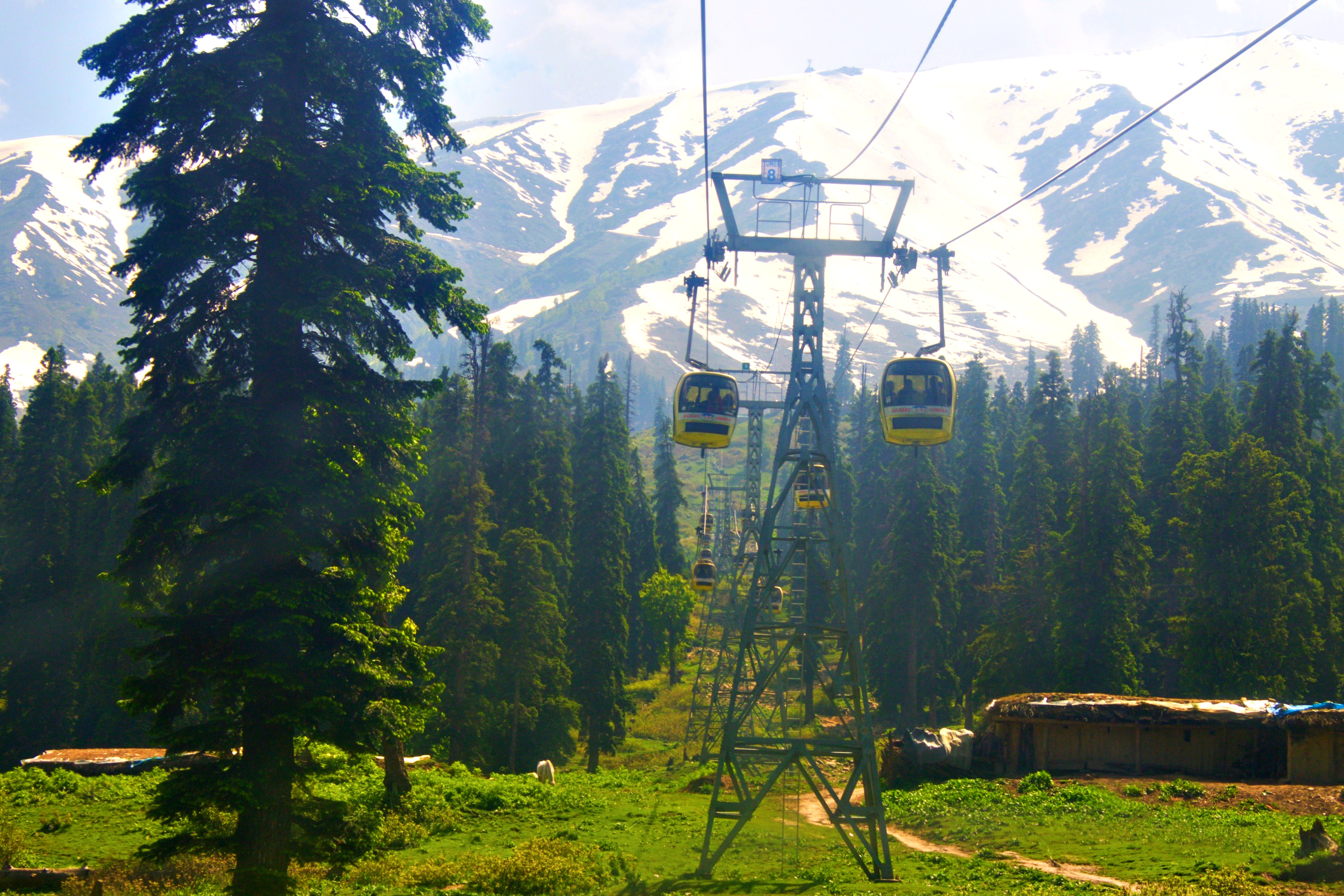 At the top, we had a great view and decided to hike over to the small patch of ice. Many Indians have never seen snow before so they even offered sleigh rides and many were quite excited. I had hoped to never see snow again after two years in Chicagoan winter hell. But I managed.

We had left quite early in the morning, 9am or so, and we finally arrived down the mountain at 5pm. All I had eaten was one Kit Kat. So naturally I was starving. Plus, someone had recommended a good restaurant in the town. We sat down to eat and called our driver to explain why we were late and he told us we had to leave ASAP as the roads were closing due to a murder that had occurred earlier in the day. Apparently the army threw a grenade into a house, killing terrorists. Or “terrorists.” I wasn’t clear if the killed were actually dangerous or not. The politics of Kashmir are anything but simplistic.

Either way, I had to wait until that evening to eat.

It seems everyone in the tourist industry is extra careful in Kashmir. While I’m sure that is appreciated by many tourists, I didn’t always trust that the situation was as dangerous as made out. This is mostly due to the fact that in India I have felt many people have exaggerated the safety risks concerned with certain activities, especially when it comes to females traveling. While I appreciate the concern, I’ve become a bit skeptical if I’m actually in as much danger as people say I am or if this is part of the mentality that a female shouldn’t be traveling anywhere alone. It’s hard to gauge. But Kashmir was definitely worth a visit, despite the fear some people may have of it. 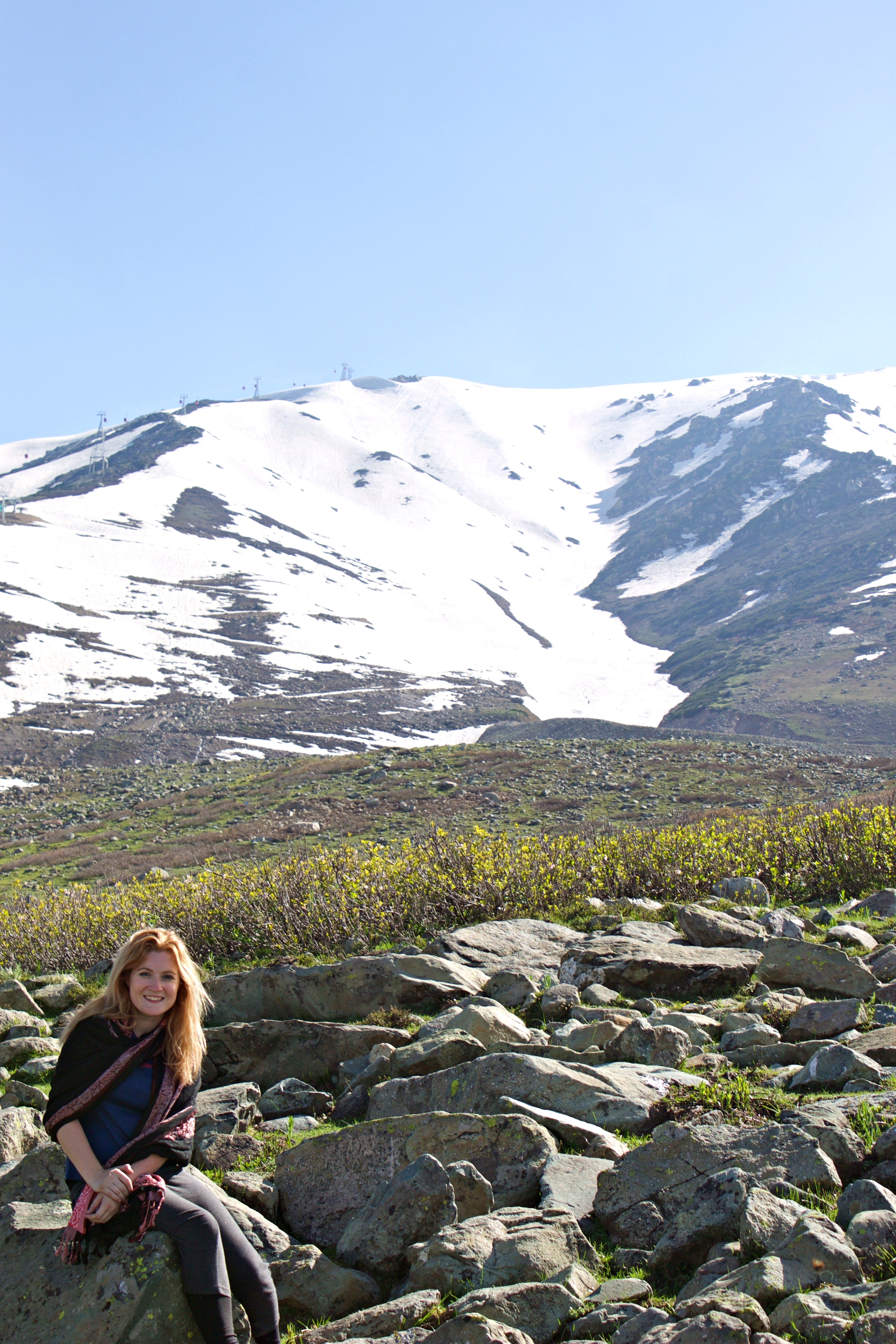