In my favorite Doctor Who episode, Blink, two girls enter an abandoned house. Thus sparks one of my favorite dialogue exchanges in the entire series—

While it verges on my 13-year-old emo phase, I do  love old things. I like stories and old things have stories…. 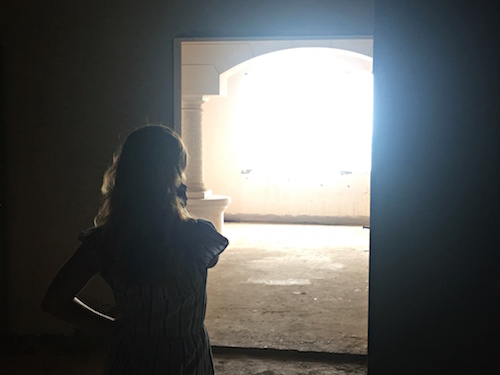 A week ago I celebrated my 28th birthday. This is the third year I have celebrated abroad but the first year in ages I didn’t do any sort of party. Last year I had a blow-out in my apartment in Argentina and the year before I had a really fun Indian birthday party. However, I’ve only been in Vietnam a few weeks and literally have zero friends here. So Damian and I decided to go to Vung Tau, a beach town a few hours away from Ho Chi Minh City, for a long weekend.

Vung Tau is pleasant. There’s a little promenade by the water, the people are really friendly, and there is a good mix of local Vietnamese flair and Western-style restaurants. Damian and I pretty much live on Vietnamese street food during the week so for my birthday we splurged and went to a pizza place our Vietnamese teacher recommended. We were quite impressed. I hadn’t tried pizza in Vietnam yet but Damian hasn’t been thrilled with the quality up until this point. 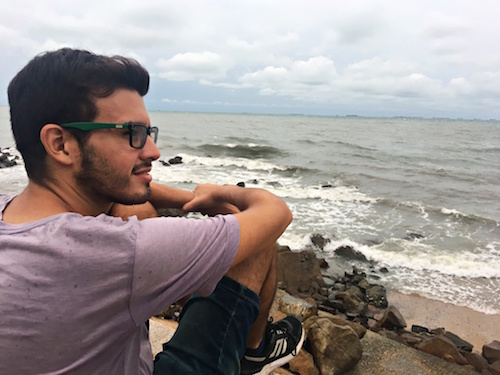 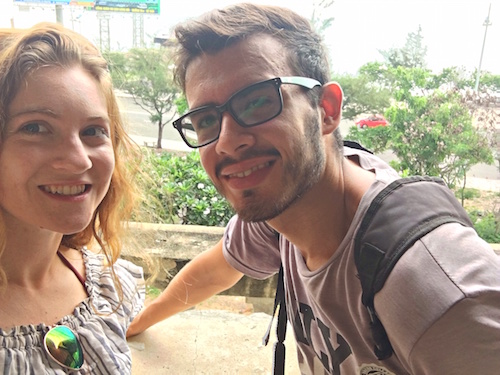 But for me, the highlight of the trip was an abandoned hotel on the side of the road overlooking the water. Anyone who knows me knows I’m obsessed with broken, old things and abandoned buildings. Perhaps it has something to do with being raised by parents who like to buy falling-down houses to fix up or being raised in a haunted house. (Aside: I don’t believe in ghosts but my childhood home is definitely haunted).

I did a little research on the building before we went. Apparently, the hotel was badly damaged in a storm and the owners didn’t have the funds to repair it so it fell into disuse. Damian and I spent well over an hour just walking around the place, it was absolutely gigantic. There were three floors and two grand staircases. 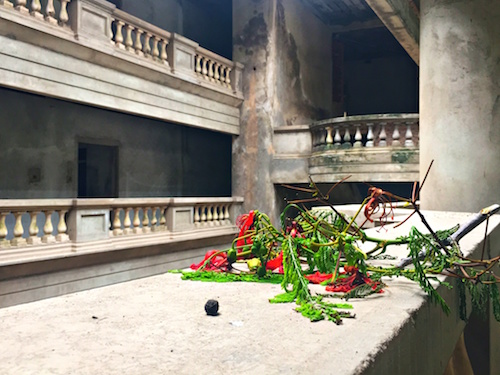 The gate and driveway were open so we literally just walked up one afternoon. A taxi van was already there waiting which was a bit strange. A group of Vietnamese people had just arrived and entered. There was a couple with an iPad who walked around making some sort of documentary and a group with professional camera equipment.

One girl wore a full-blown ball gown and a guy was dressed “sharply.” At first, I was a bit disappointed; I thought it would be fun and spooky to be alone. But when we walked inside, I felt relieved the other groups were there for one main reason: There were squatters.

This was 100% someone’s house. The entire first floor had been converted. There were tons of couches, chairs, and tables clearly set up for use. In one room a TV was connected to power and playing. The other rooms were boarded up and being used as chicken coops. Two of the squatters lounged around when we entered looking completely uninterested and unsurprised with our presence. 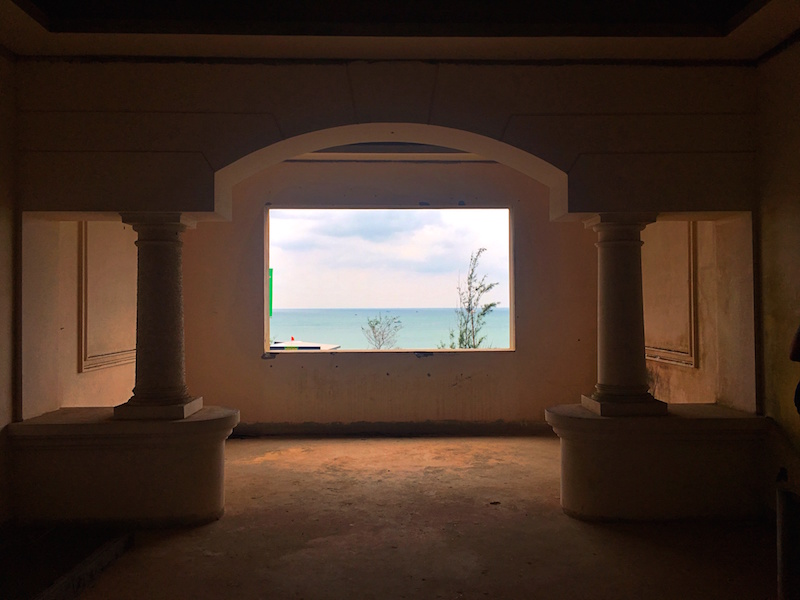 Usually, I would have left, not wanting to walk into someone’s house uninvited, but the groups of Vietnamese people had set up their camera equipment casually and the squatters (two guys in their early twenties) didn’t seem fussed. So we walked by and up the stairs and just tried to stay out of everybody’s way. 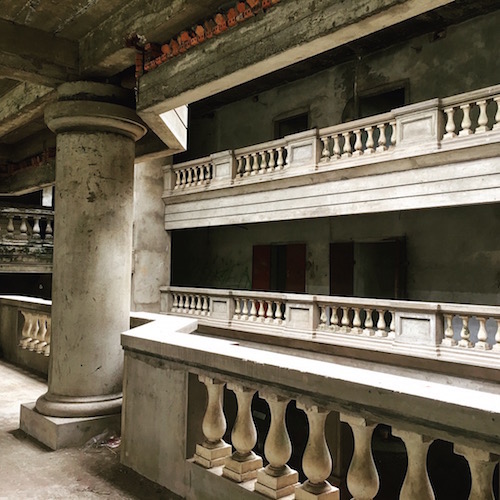 Technically this was the day before my birthday. On my actual birthday, I ate phở bò (beef noodle soup), caught the bus back to HCMC, relaxed, worked some on my novel, ate far too much Indian food, got a chocolate cake, watched half of Legally Blonde and an episode of Hannibal, and passed out by 10 pm.

Getting old and not partying is a lot more fun than I thought it would be!

Today I extended my one-month visa for three more months! Updates soon on life in Vietnam!