My Christmas did not turn out like I had assumed (or hoped). Despite my parents buying tickets and getting their visas to come to China for the holidays, my dad ended up with some health problems and they were unable to fly. While he is recovering in NC, this meant a last-minute change of plans.

After spending two Christmases alone without family in India, I really had no desire to do it ever again. However, spending Christmas abroad has meant a drastic shift in how I used to celebrate as a child; it’s become a time of reflection. So, how was Christmas in China?

I had Sunday through Tuesday off and spent most of that time going to my gym, cleaning, trying to find the ingredients of eggnog, and hanging out with friends.

On Christmas Eve, my friends Antonio, Jayson, and Molly came over and watched me make eggnog. Making eggnog has become a bit of my own little traditional. I first made it four years ago in India because I wanted my Indian friends to experience some small American tradition. I’ve made it every year since (with the exception of last year). Eggnog isn’t easy to find abroad, so it’s a nice thing to be able to make form scratch.

The four of us hung out until late. In true expat Christmas spirit, we ordered a giant pizza. Since we used a Chinese app and Antonio was translating into English, we ended up with the following choices: Greek Hat pizza, Spicy Pope pizza, Mystery Meat Grinder pizza, Mango pizza, or Bacon Superman pizza. We decided on Mystery Meat and were pleasantly surprised with the quality.

While hanging out, my mom sent me links to my favorite Christmas cartoons. Every year as a kid growing up, we used to watch these four cartoons from the 1930s-1960s. I guess my mom had recorded them from TV on a VHS so there’s even an order I have to watch them in, even though its just a random compilation of cartoons. So, Jayson and Antonio sat on my couch as Christmas Eve became Christmas morning watching these weird cartoons and being really good sports about it.

Christmas Morning I woke up at 7 am and went to my F45 class. I’ve gotten pretty addicted to it and exercise has become fundamental in regulating my mental health. After, I met Jasyon at an American diner near my apartment for Christmas brunch.

While I’m so appreciative that I’ve made really good friends here in China so quickly and I am so happy to have spent the holidays with them, I did tear up for a moment at brunch. It was a mix of learning that Jayson had come to meet me on Christmas from the office, that Antonio wasn’t joining because he was working and that everyone had been at the office Christmas Eve as well (despite it being their day off) because they had too much work. Then Jayson asked me what I normally did as a kid for Christmas and I got so sad.

I think growing up and having Christmas lose its magic is symbolic of growing up and having life lose its magic. While I believe in working hard for things, getting that paycheck and health insurance, and recognizing that I can’t just roam around the world without working (I really have been working since I finished grad school despite that my Instagram seems to indicate otherwise!), there is something fundamentally wrong when your employees are expected to work 60-hour weeks for 6 months every year and miss every major U.S. holiday (I don’t work for a Chinese company so “cultural differences” isn’t an excuse), and aren’t allowed to go home for Christmas. I just got really sad to be alone and to know as long as I worked at this company, I would always be too busy to ever properly celebrate Christmas or New Years. Even if my parents can visit next year, I recognize I’ll be far too busy to be a good host to them.

I cheered up, though, by trying to just focus on the present and not worry about what a year from now would look like. Our friend Edie joined us for brunch and we walked around the city. The sky was blue (a cause for celebration in Beijing), and the air was surprisingly crisp. Beijing does not skimp on the Christmas decorations! A pleasant surprise since Christmas is not an official holiday. Yet there are giant Christmas trees in courtyards and tons of lights that really bring some of the magic back for the holiday. 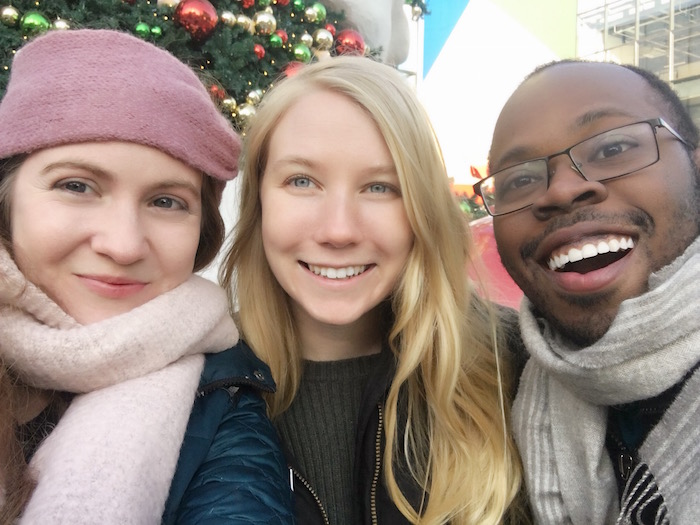 We came back to my house to drink eggnog and our other friends Siyu and Kristen came a bit later.

Having left behind the tradition of a large tree and tons of presents, and now that, unfortunately, many of the people I used to celebrate Christmas with have passed away, I try to spend Christmas a bit like I spend Thanksgiving. It has become more of a time to appreciate friends and family and to recognize those relationships are far more important than which country I am in, or what stuff is all the rage to buy, or what food we eat together. Ultimately, I wish I could have spent Christmas with my family, but I have to say how much I appreciate the people who did show up.

Here’s to families at home and the families we make abroad.

And here’s to the Christmas present I bought myself. A full year of therapy! (A year-long membership to my F45 gym. This is probably the biggest commitment I’ve made since attending grad school. Here’s to another year in Beijing!) 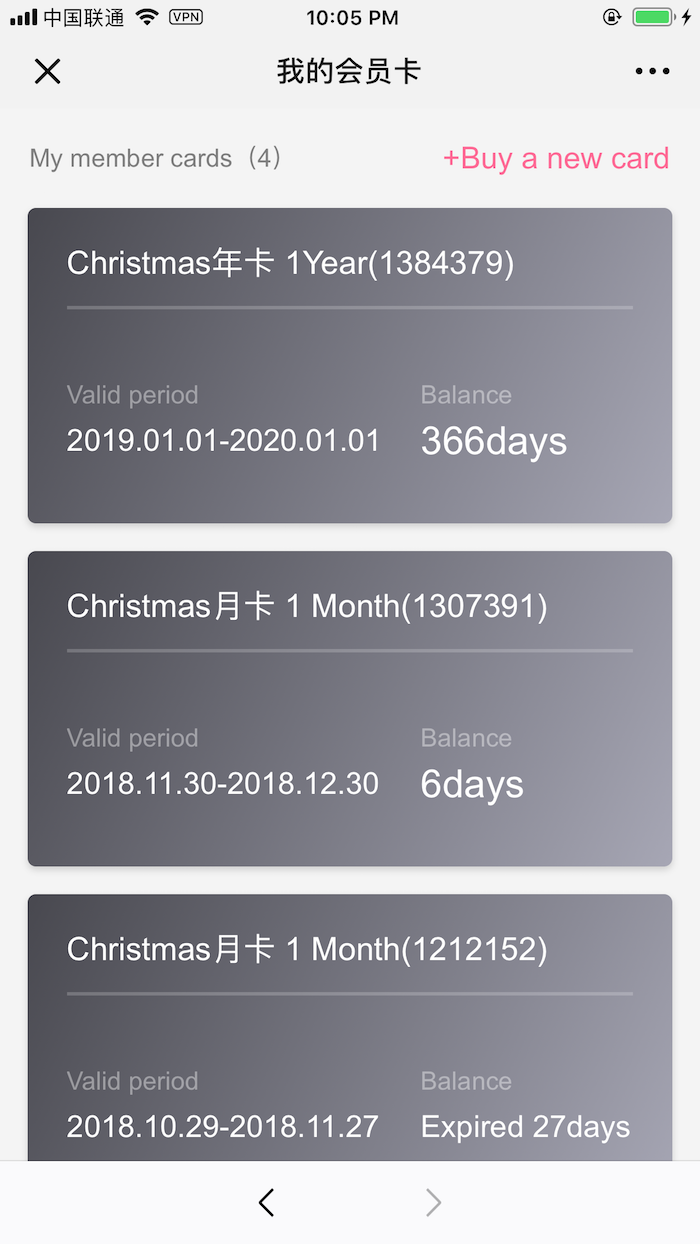