Last weekend, I finally checked off the most iconic of the Chinese tourist attractions and the 6th of the 7 new wonders of the world I have seen. 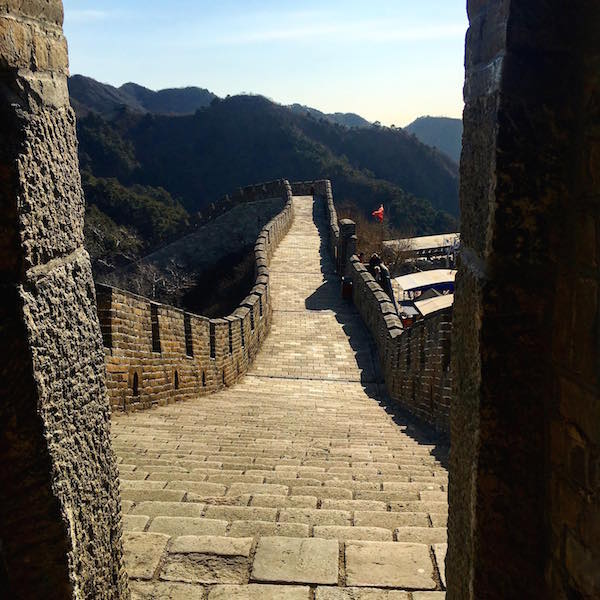 When I first started traveling around and living in new places, I originally wanted to see all the tourist attractions early on in my stay. Living in a new country seemed more like an extended vacation than really “living.” Back when I was 20 and in my first few weeks in Budapest, I was hungry to click photos of all the famous places to post on my Facebook. Nowadays, it’s a bit of the opposite: I spend a long time settling into a new before I start really exploring. China so far has mostly been an attempt to get comfortable in my new job, learn Chinese, go to IKEA on weekends to get things for my apartment, and make friends. 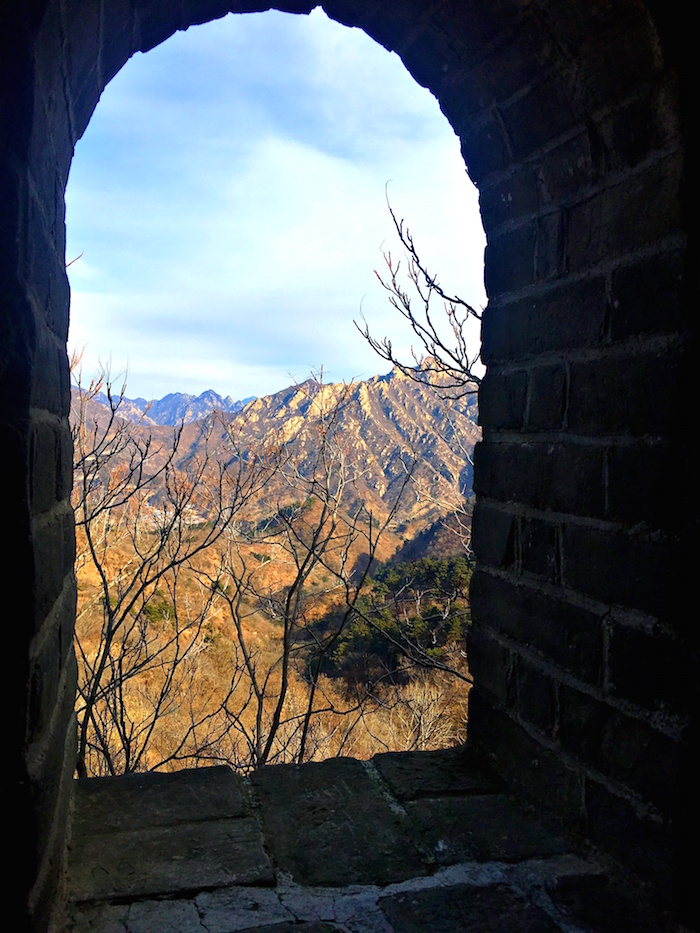 The making friends part is a big priority. Out of everything I’ve learned from traveling around, it’s that making friends in the first few months is far better (and easier) than after eight or nine months in. A month or so ago I made a Brazilian friend much better at organizing touristy activities than I am. Despite last weekend being the coldest weekend in Beijing, he organized a  small day trip to the Great Wall for us. As a notoriously lazy person allergic to the cold, I was thankful for someone to give me a push to finally do something touristic. 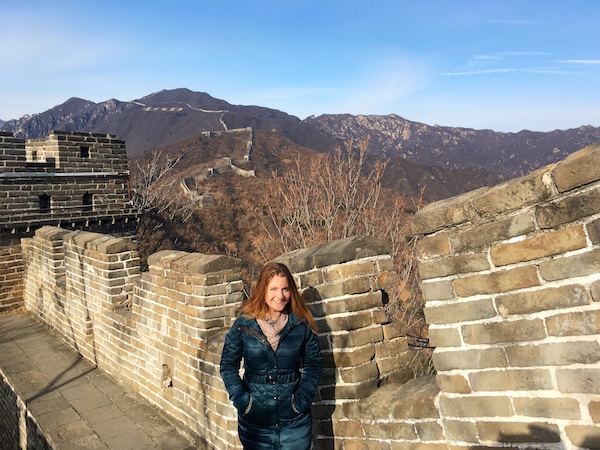 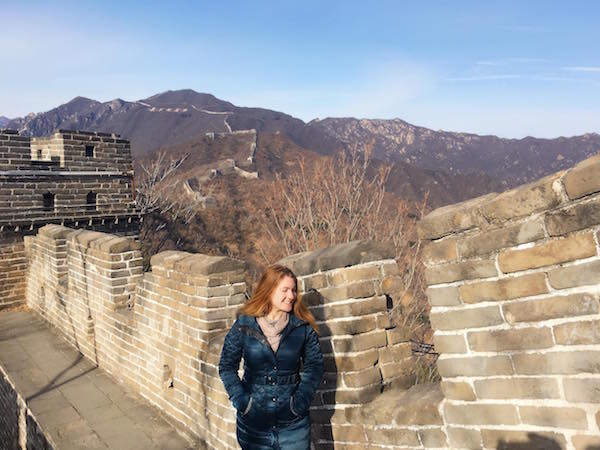 Everyone knows the Great Wall so I won’t spend a lot of time giving a long background. Some quick facts: It’s said to be about 13,000 miles long (some rebuilt, most in ruins) with parts of it built as early as the 7th century BC and the majority having been built in the time of the Ming Dynasty (1368-1644). My knowledge of Chinese history is pretty pathetic, but hopefully, I can share some knowledge on my blog once I learn more (New Year’s Resolution?). 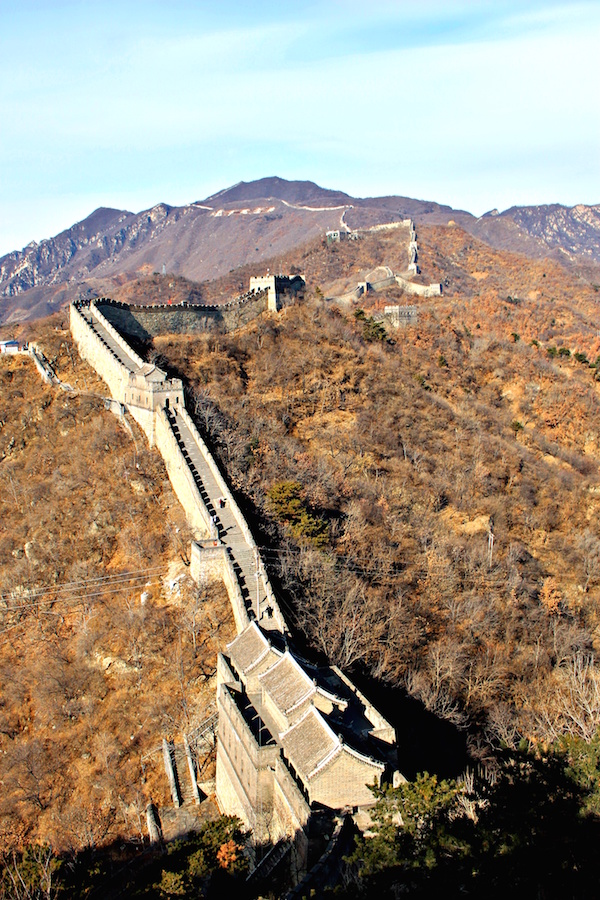 My friend and I went to the Mutianyu entrance, which is a touristic part of the wall.  There are many parts that are much more isolated and empty which I’m interested in seeing in the future (perhaps on warmer days). It took about an hour or so driving from the center of Beijing to the entrance. After buying tickets, we walked to the shuttles through tons of overpriced knick-knack souvenir shops to the shuttles. I was pretty shocked to see a Burger King in the entrance center. Not what I was expecting from a country like China.

The shuttles took us to a new entrance and we went up to the wall where we walked around for a few hours. Despite the recent construction, the steps were still incredibly steep. I was pretty happy I’ve been working out so vigorously recently or I would have been embarrassingly winded. The great thing about visiting in the dead of winter was that there weren’t very many people around. Apparently, the Mutianyu section can be pretty crowded in summer months but we were able to get tons of good photos and had whole sections of the wall all to ourselves. 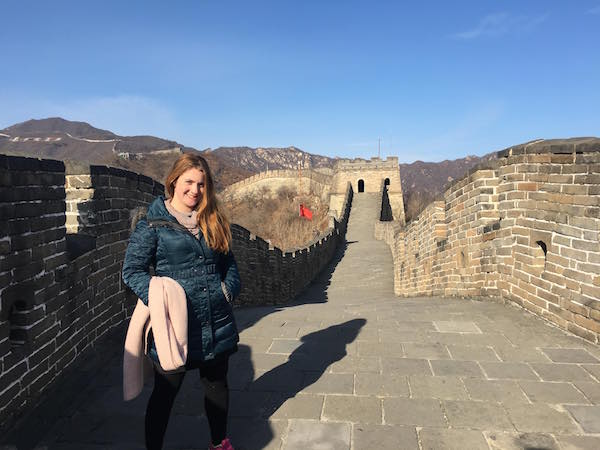 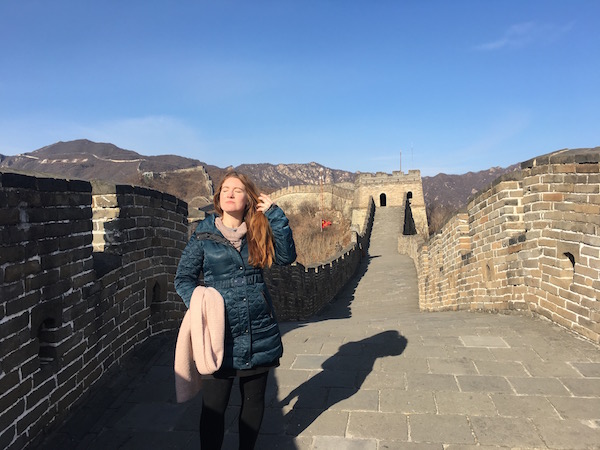 More than anything, I really enjoyed the views. On a typical day in Beijing, I roam around on the 27th floor of my office in the very center of one of the biggest cities in the world and look out at the skyscrapers and cars and people and feel really disconnected from nature. On a good day, you can look out over the whole city and see the mountains looming in the background. But on smoggy days, which are more frequent than I’d like, a thick blanket of white coats the city. Sometimes I can’t even see the buildings across the street. But last week I stood on top of one of the guard towers and could see the wall stretch out in front of me for miles through barren trees and jagged mountains. The air felt crisp and it made me excited for many hidden gems and beautiful places to see around China in the future.