In my first year teaching English in Prague in 2012, I taught a lot of lessons about travel (surprise!). I had one article about how the fun part of traveling isn’t checking off a list of tourist attractions, it’s the small things that are best— how Australian money is waterproof, the astounding thickness of hot chocolate in Europe, or how the beefless Indian McDonald’s gets creative with their vegetarian options.

It said that sometimes seeing the attraction in a country (The Taj Mahal in India, Ayers Rock in Australia, etc..) sometimes feels a bit like making the obligatory visit to a distant uncle living abroad—something you have  to do but not what you are most excited about.

Machu Picchu is synonymous with South America. I didn’t feel like I could leave after 13 months in good conscious without seeing it (despite the fact that it’s a few hours by plane from both Buenos Aires and Medellin). To be honest, at first it did feel a bit more like an obligation than something truly exciting. 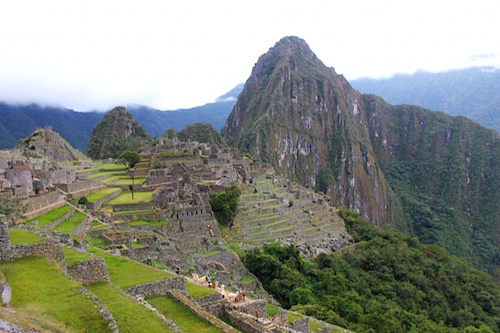 I took a few days off of work and bought a cheap ticket to Cusco. The flight got canceled but I caught a 6 am flight the next morning. I arrived in Cusco early and started the adventure of figuring out how to actually get to Machu Picchu. Of course, I would have loved to hike the Inca Trail, but given my time constraints and budget, it just wasn’t possible. Plus, you need to reserve a place something like 6 months in advance and I just can’t travel with that much planning.

There is a (very expensive) train that runs from Cusco to Aguas Calientes (the pueblo closest to M.P.) every day so I opted for that option. I bought my train tickets and my entrance to Machu Picchu in Cusco. There is a whole story about being sleep deprived and buying my ticket for the wrong day and having to pay an extra $20 to change my train tickets but luckily it all worked out.

I arrived in Aguas Calientes early (the cheapest train ticket was for 6:30 am so I had yet another early morning. Apparently 2018 is not a year for being well rested) and spent most of the day walking around. There was some sort of festival going on which was really fun to watch. 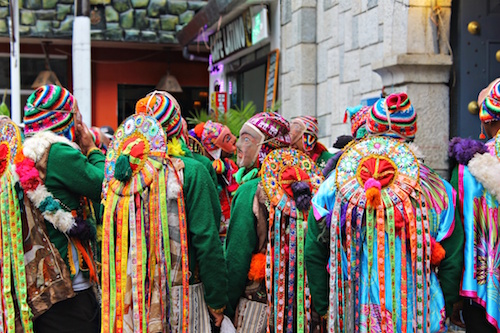 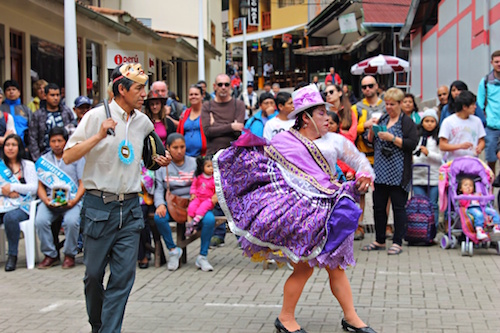 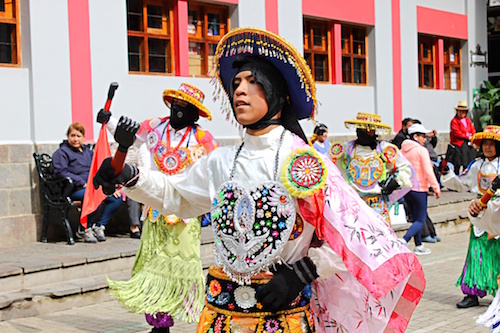 I woke up at 4 am and left the hostel at 4:30 in the dark sans flashlight in order to start my ascent to Machu Picchu. There is a bus you can take for $10 each way but I wanted the adventure of walking up the mountain since I couldn’t do the Inca Trail. I’m really glad I did this. My hostel even packed a free breakfast for me.

I walked on the road by the river for about twenty minutes. A line of hikers had formed by the bridge to the mountain where a man checked our tickets and passports by flashlight. This made me nervous considering I didn’t have my passport. He asked for it and I moved to open my bag (calmly and confidently even though I didn’t have it) and he said in Spanish, “Oh, you have it. Go ahead.” I tricked the first, informal check but I then spent the entire hike worried that when I got to the real entrance without a passport they would make me turn around and walk back to my hotel to get it.

The hike was pitch black up narrow staircases in the forest, packed with other hikers. The high altitude made it slightly more exhausting, though nothing compared to what I dealt with on the Everest Base Camp trek. As we approached the top, the darkness gave way to the type of soft whitish light you only get in the calm of the morning. Clouds hung around the conical mountains. My glutes burned.

I reached the main gate a little bit after 6 am and tried to find a copy of my passport on my phone to no avail. If I’ve learned anything from traveling is that if you do something with confidence, generally it works out in your favor. So I handed the man my ticket and a flimsy old North Carolinian ID. He super did not care. Worrying is typically fruitless. And thus, I was in. 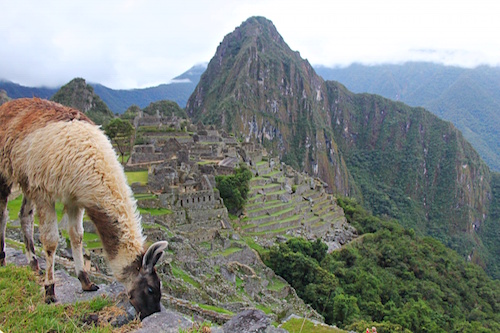 Being at Machu Picchu right after sunrise, empty, foggy, and silent, I couldn’t have asked for a better day. Llamas grazed casually throughout the ruins. It was quiet. When I first walked up to the edge of the park, the location for the obligatory “Machu Picchu photo” every traveler and tourist has, the first thing that went through my head was, “This really is everything it’s made out to be.”

When I think of my first hour in Machu Picchu, the first word I think is tranquilidad. There really is something magical about it. It sprinkled a little, just enough to mess up my hair, but the cool mist felt good. 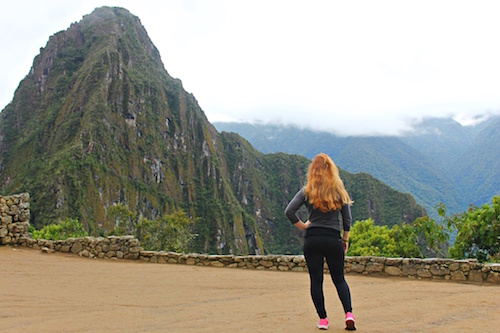 As the morning ticked forward, the park began to fill with people. Even by 7:30 am, it was starting to lose some of its quiet charm. Considering the expense of the train ($120 roundtrip), I had briefly regretted not joining a tour group as a seat on a bus is actually cheaper. But upon my arrival, I was grateful I didn’t. The tour groups entered later and didn’t hike. Plus, they spent the day in a pack, unable to wander aimlessly and freely. To each his own, but I’m very happy I did this solo. 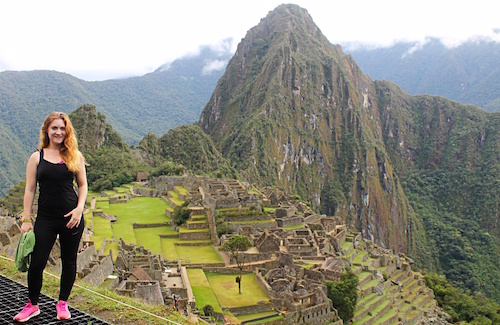 I also bought a ticket for Machu Picchu Mountain which was significantly more difficult. I trekked from the bottom to the top in an hour and fifteen minutes quite quickly but by the time I reached the top I was totally exhausted. The mountain is supposedly great for aerial photos of Machu Picchu, but from the top all I could see was white. The fog and clouds blocked any trace of anything below.

By the time I started down, the sun was strong and the view improved a bit. By this point (hiking for more than four hours) I was quite tired but still walked to the Sungate for a final view of Machu Picchu before my ascent back to Aguas Calientes.

It was one of those exhausting, rewarding days I only get from trekking, definitely one of my favorite things I did in South America. For me, Machu Picchu is deserving of its claim to one of the seven new wonders of the world.

Five down, two to go! 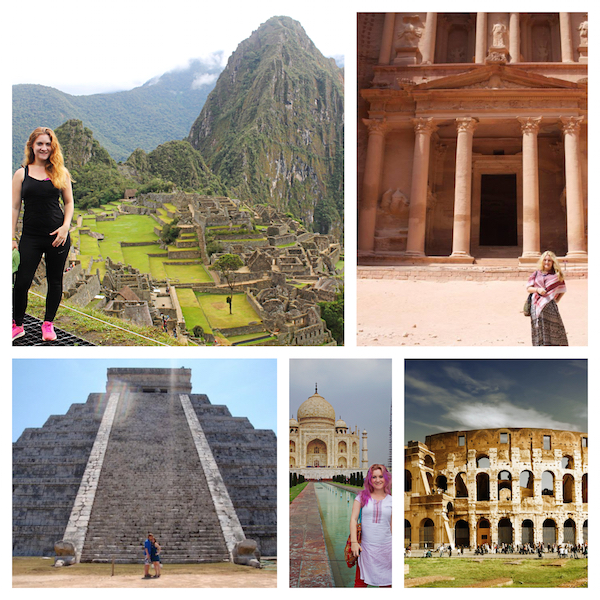