I recently canceled my flight from Medellin to Miami. It was supposed to be for today, April 30th. I’m not taking it because A) I’m not in Medellin anymore and B) I was only going to Miami because I thought I could get a cheap flight to India from Miami. I don’t want to know how much money I have lost canceling flights. But this canceled flight is more emotional than lost money. I remember the day I bought it vividly. It was February 3rd. I was in Uruguay getting ready for my flight to Medellin, Colombia. I had just left Argentina for good.

To go to Colombia, you need a ticket out of Colombia within three months. I figured, “cool, I’m almost certainly going to go to India in May so I’ll fly to Miami and grab a cheap flight from there.”

Instead, the last couple of months have been a bit emotionally stressful. They’ve meant making a lot of adult decisions and trying to separate feelings from reason. They’ve meant leaving Medellin after a month and hanging out in the US awhile to clear my head. It meant going back to Medellin with Rachel and deciding to stay in South America for awhile longer. 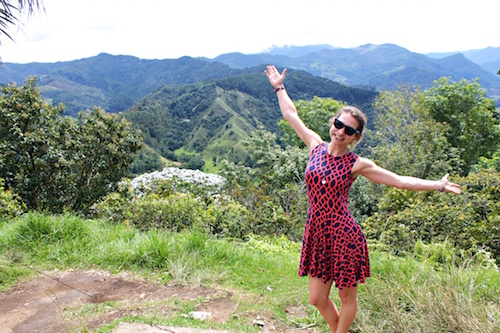 I follow this artist named Mari Andrew on Instagram. We have oddly similar pasts and I can relate to nearly every one of her posts (as I imagine many Millennials can). They are usually pretty simple, but sometimes one hit home hard. She posted one last week that I liked a lot: 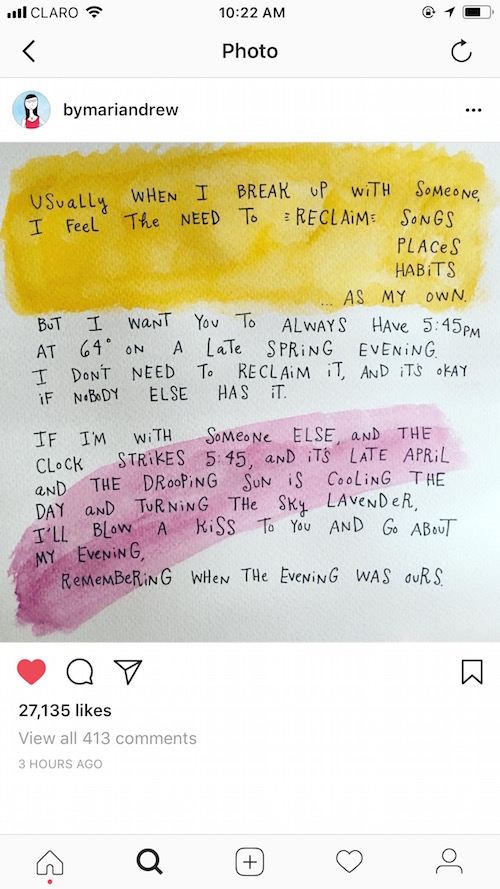 Moving around, I have the bad habit of feeling like certain places are “off limits.” I associate places with people, memories, friends, boyfriends, specific times in my life when I was worrying about certain things (grad school, jobs, boys, money). I say I want to go back to those places, but I’m not really sure I do. I almost feel like going back may spoil them. I had hoped to reclaim Medellin with Rachel and make it something different. But it’s not. I can’t walk by the Juan Valdez in El Poblado and not remember my very first morning in Medellin when I walked through the silence and mist of Parque Llegaras at 9 am and felt a calm I hadn’t felt in months.

This will always be the lunch I ate after my hour at the gym and before Spanish class while I read or wrote or practiced Spanish flashcards.

I took my friend Cameron to this cool little bar, which is really just a few tables jammed in a dusty used bookstore. We finished off a bottle of wine and talked about all kinds of cool things. But that bar? It will always be the bar I first felt like a writer.

Sometimes it’s better to leave and not try to come back to certain things.

I know it’s a bit strange that I’ve lived the last eight years in different places and associate each place with little mini-chapters of my twenties. But there is also something really comforting about it. I sort of feel like 20-something Gwen is still in Budapest, shy and nervous and inspired in a way she didn’t know she could be inspired by the world. Or 24-year-old Gwen is still in Beirut, broken-hearted and wondering what on earth she was going to do with her life after graduate school. Or 25-year old Gwen is landing in New Delhi in the middle of a hot August night with an exaggerated confidence and no idea how a year and a half in India would change her core ideas about life.

So I went back to Medellin and couldn’t rewrite it. But Rachel and I had a nice time and took lots of good pictures. We visited Salento, a pueblo famous for its wax palms. And at the very least I have some happy memories in Colombia as a way to close out the last 13 months. 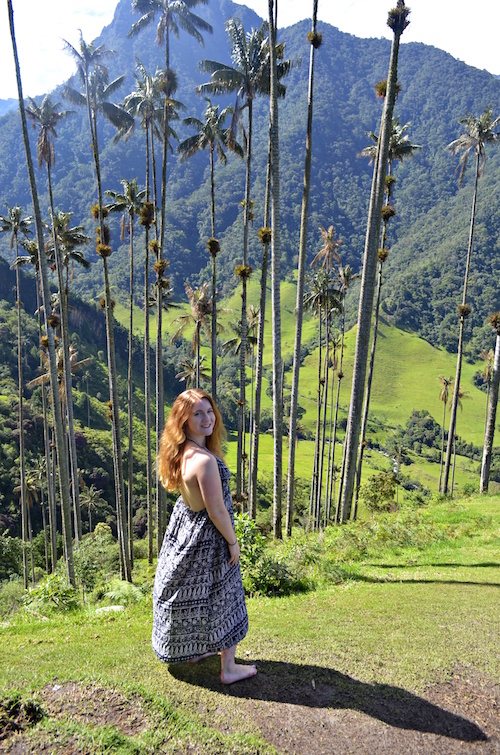 I’m not done with South America. There is so much I didn’t get to see and experience. I do feel a bit like I am losing something by leaving. But I accomplished all of the goals I had when I came here: 1) Become conversational in Spanish 2) Make local friends 3) Finish my novel 4) Get my online business sustainable 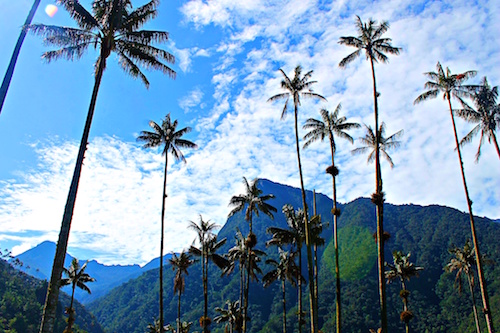 The last few weeks have been the biggest work weeks I’ve had in 2018 but I’ve been traveling and trying to enjoy myself on the weekends (when I can). I have my ticket to D.C. booked for May 11th. Another mini-chapter of my 20s begins!

And I promise this is my last semi-depressing blog post for awhile!