“There’s a word for people like you in Argentina,” Damian told me. “Colgada.” Colgada means someone who has something important to do and either forgets or leaves it until the last moment. The title is aptly given. Yesterday I left Argentina because my 90-day tourist visa expired.

Buenos Aires is incredibly relaxed regarding their visa policies. It’s 75% of the reason I picked it. As a United States citizen, you get 90 days in Argentina. This is pretty typical with Western countries. However, unlike most countries which force you to leave after 90 days for at least another three months, Argentina doesn’t have a set rule for how long you need to leave. This means you can literally leave the country, eat a steak in Uruguay, and come back, all in one afternoon. Legally. 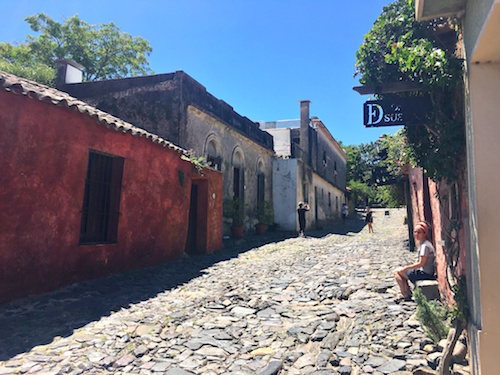 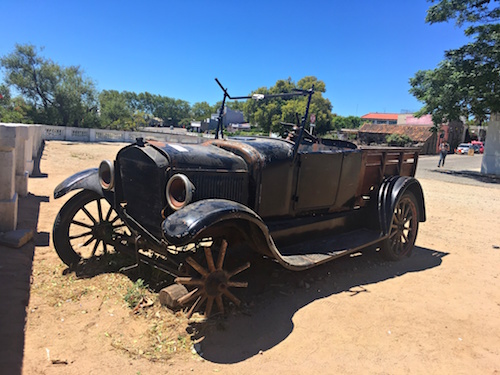 I spent over a month researching this before and after I arrived in Argentina, never completely believing it. I joined a Facebook group called “expats of Buenos Aires” and found years’ worth of threads confirming this. One of my cousins put me in touch with an old friend of his who told me he’d been living in Argentina for ten years only on tourist visas. A lot of people overstay their visas in Argentina. This isn’t illegal, it just means you are subject to a fine. Others just go to Uruguay three months to “top up” their 90 days. Again, let me reiterate: this is all 100% legal. 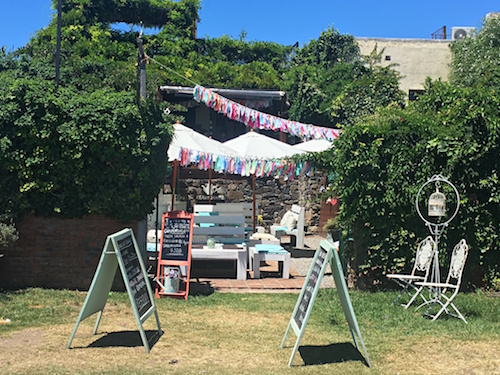 So I bought a ticket to Colonia, a one-hour ferry from Buenos Aires. Colonia is beautiful. It’s small and quiet. The few cars happily stop the let you cross the tree-lined streets. You can meander down the cobblestone streets and Spanish-style architecture past little restaurants, cafes, and parks. A few boats rest in the port. Fishermen cast their lines in the water. In a word, it’s charming. As much as I try to disconnect from my Southern roots, it’s hard to call it anything other than “darling.” My original plan was to arrive, find a café, and sit there the whole day working. However, Colonia proved so lovely I walked around for a full hour just taking photos. 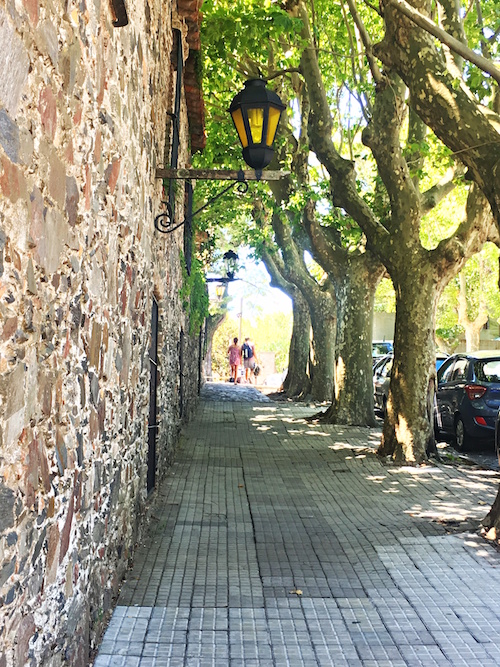 Ironically, I wasn’t thrilled for this trip. The tickets cost $75 and I spent another $35 on taxis and food, totaling a full day’s pay for me. It also meant only working a few morning classes, missing the gym, and not being able to relax in my apartment in the evening. I’m leaving Buenos Aires (for good, it seems) in less than a week and want to enjoy the city while I can.

Plus, I was a little terrified the customs officers would see all my entrance and exit stamps from this year, get suspicious, and try to tell me I couldn’t come back to Buenos Aires.

It doesn’t help that my passport has two supplemental page booklets (40 extra pages than a normal passport) literally scotched taped in courtesy of the U.S. Embassy in Jordan and looks like it got washed (it didn’t).

One guard did get slightly frustrated flipping forward and backward and forwards again through my sea of stamps and pages while attempting to find my most recent Argentine visa (there are five). As proud as I am of my 114 colorful stamps, they overlap, bleed through to the opposite page, and are faded. It’s difficult to make sense of them all. I often feel a bit stressed in customs because the officers can’t figure out when I arrived and I worry they will say, “travel is a privilege, not a right!” and deport me simply so they don’t have to deal with me and my raggedy old passport.

But in a way, they are right. Travel is a privilege, not a right. I’ve been trying to “check my privilege” more and today was a good example. Living in Argentina just means taking a ferry for a beautiful afternoon to a historic city in Uruguay. It means strolling cobblestone streets, eating a steak, and coming home. For nearly every foreigner I’ve met in the United States, this isn’t true. You can be denied entry and deported despite a valid student or work visa without explanation.[1] You definitely can’t go to Canada and come back to “re-up” your visa days as a tourist. The people I know who have overstayed have been barred for life.[2]

This isn’t to say the United States shouldn’t have strong borders and strict visa policies. I completely understand why we do. It’s also not to say Argentina is good or bad for its lax policies. All I want to say is that I’m very grateful for the opportunity I’ve had to stay in Argentina for over six months in the last year and how easy they have made it for me to simply jump over to Uruguay, have a small adventure for the day, and hop back. 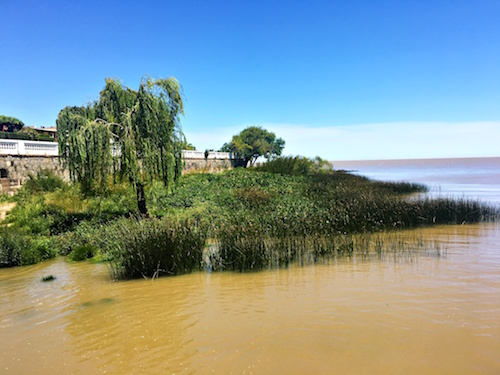 I was a bit nervous going through the border. I waited for them to ask if I had a plane ticket out of the country or question me about my six-month stay in Argentina. They didn’t. I waited for someone to pull me aside and try to get a bribe. No one cared.

“Are you studying in Argentina?” One guard asked me.
“No. Just tourism,” I said.
“Okay,” he said. He stamped my passport, only seven hours removed from leaving Argentina, and called the next person.

Here’s to making the passport a bit messier! 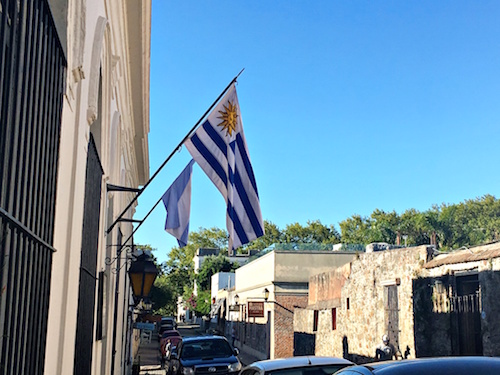 [1] This happened to one of my friends a few years ago. As far as I know, he still doesn’t know why his student visa got rejected after living in the U.S. for years. He had to drop out of his Ph.D. program mid-way through.

[2] This also happened to people I know. Of course, they weren’t in the country legally since they had overstayed their visas so it wasn’t unexpected, but definitely a different treatment than the privileges allowed with a U.S. passport here in Argentina.