A few years ago, I met a girl who had an upcoming trip to Italy. She had every single detailed planned. This seems to be a very American mentality toward travel: packing it all in. It’s probably because we get fewer vacation days than any other developed nation on the planet, so fair. This is largely how my family used to travel, and the way I had attempted to do my very first backpacking trip in Europe back in 2010.

I suggested that she should leave some time for flexibility.
“I understand,” she said. “But if I don’t plan everything in advance, I’m worried I will miss something.”
“That’s funny,” I told her. “Because my reason for not planning is because I’m afraid I’m going to miss something.”

I’m less interested in hitting every important landmark in the guide book and more inspired by the random experiences that crop up in the day-to-day. On an informal walking tour of Medellin, I don’t have much to say about the sculptures around the city, but I’ll never forget sharing a bottle of wine with my friend in a small jazz bar and learning about his childhood in Colombia in the 90s. Likewise, I have few stories to tell people about the “stuff” I saw in India. Sure, the Taj Mahal was beautiful, but I rather talk about what it meant to be dating someone from India, or about flying kites on the roof on Makar Sankranti.

I hope this doesn’t come off as condescending. I understand most people only have two weeks maximum to travel. But this is also part of the reason I haven’t returned to the U.S. to “get a real job.” I can’t imagine going to a country for only two weeks and feeling like I got any sense of it at all. I almost rather not go, then go only for a second.

And thus, in my typical travel style, I knew almost nothing about Colombia when my plane dropped off in Medellin in June. My decision to spend the winter months (June is winter in Argentina) in Colombia was a good one, though far from a well-thought-out one. 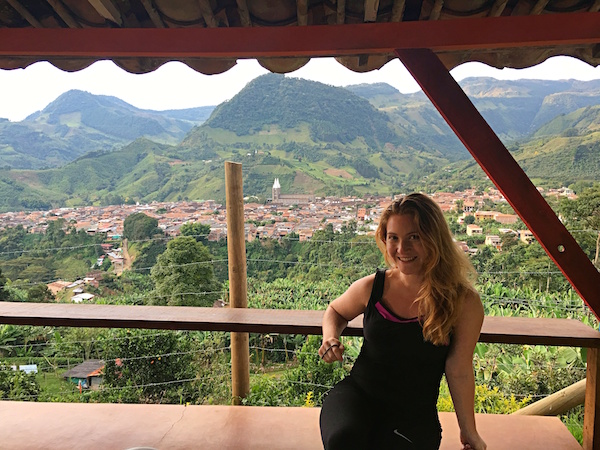 Most tourists hit Santa Marta, Cartagena, and Cali. And yet, my trip to the north didn’t do much to stir my soul. However, the pueblo of Jardin left me spiraling in love with Colombia. Medellin is a great place to live, but the little pueblos in Antioquia are something that will make your heart melt. The sun shines down on colorful buildings and the dress of local men gives the pueblos a “cowboyeque” feeling. There are cobbled streets and tuk tuks and horses. Mountains surround the towns and you can sit in the main squares and drink a coffee for 500 Colombian pesos (about $0.20 USD).

I hadn’t planned to go to Jardin. In fact, I hadn’t even heard of Jardin. I was going to go to the more popular Guatape but at the last minute, my Colombian friend suggested Jardin. I wasn’t sure how much there would be to actually do in Jardin. However, I was surprised to find a little trek by a few waterfalls, a river, spectacular scenery, and a surprisingly active nightlife of food and drinks in the main square. 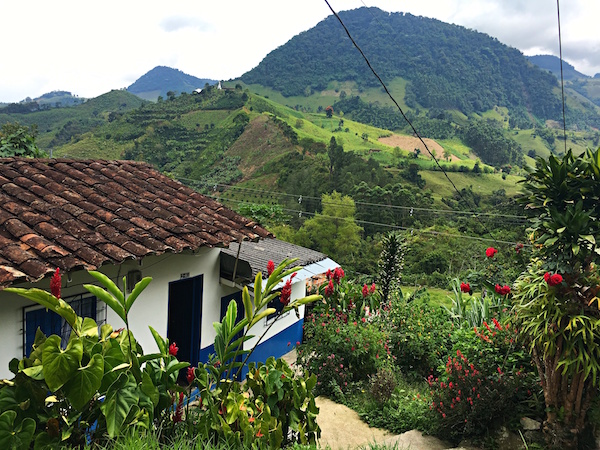 My final weekend I went to Guarne to crash a girl’s graduation party in a Finca in the countryside. I basically didn’t know anyone. Again, a spontaneous experience. Of course, no one spoke English and my Spanish largely failed me in this situation. Group settings with Spanish send me into social panic as I can’t understand much of anything being said and then my brain closes up completely. I revert to being the shy and anxious person I was in high school. Everyone at the party was nice about the super awkward girl refusing to speak, and it was definitely a better experience than partying in Santa Marta with tourists, but I wouldn’t necessarily call it a success for my Spanish. Some of the best travel experiences are just me being awkward and uncomfortable.

The next morning after the Finca party, I went to Guatape, a far more touristy, albeit still charming, pueblo with a giant rock (Piedra del Peñol) you can climb (740 stairs).

My experiences in the pueblos are my favorite memories from Colombia, and they came close to not happening. I hadn’t even planned to still be in Colombia in September but, seeing as I refused to make concrete plans, I ended up staying an extra month. Not planning in advance has opened me up to so many experiences I wouldn’t have had otherwise. It has allowed me opportunities to get to know a place and make friends all over the world. When you have unlimited time, it means not doing a blitz of tourist centers but rather giving time to try new places that might seem less exciting on a page in a guidebook, but still contain far more soul than you can find in a hostel on the beach.